The fall of the Simpsons has no doubt happened. Of course, in its heyday The Simpsons was undeniably the best of the best. It was a family TV show to be lauded above all others, but somehow, somewhere, it lost its way. Which is a thought shared by many, as most fans of the show now no longer see it as the trailblazer it once was. Like, say, when it was at the dizzy heights of 'Last Exit to Springfield'—episode 17 of season 4 when Homer gets his coworkers at the plant to strike in order to reinstate their dental plan.

But as to why the fall of the Simpsons happened, YouTube channel Super Eyepatch Wolf (aka John Walsh) does a great job of explaining what went wrong. And he reveals these various factors in his video essay 'The Fall of the Simpsons: How it Happened.' In the 30 minute long video (yep, it's quite involved) he looks at 'How one of the best and most influential TV shows of all time, became just another sitcom.' To do this he starts before the fall of the Simpsons, and looks firstly at why it was such a huge success.

So, he goes back to the TV environment it came into. It was a time, towards the end of the 1980s (The Simpsons first aired in December 1989), when the family sitcom was huge—Different Strokes, Alf, Who's the Boss?. These and many like them were fell into a particularly staid and safe format, depicting an, albeit humorous, take on a world where everything was non-threatening and conventional and, well, boring. There was no subversion, no satire. At all.

How The Simpsons Show Changed Everything 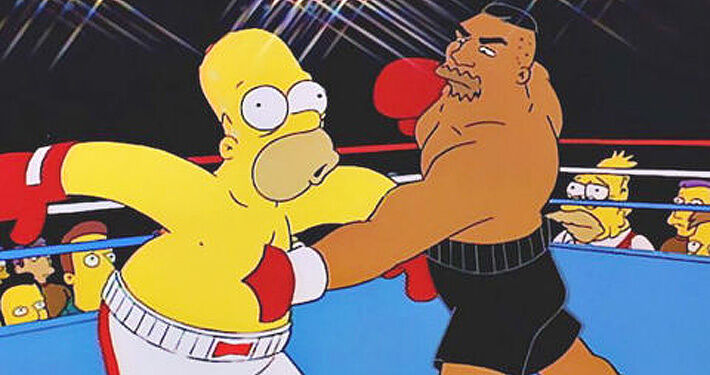 The Fall Of The Simpsons: Homer faces off against Mike Tyson - Image / YouTube

But then, as Walsh notes, in the closing days of the 1980s, the Fox network aired the debut episode of The Simpsons—and it turned the previous conventions on their head. "In doing so [they] completely transformed television as we know it." Walsh enthuses. "It was dark, it was satirical, it was hilarious. Rather than embrace the virtues of the American family like every other show of that time, The Simpsons seemed to be actively mocking them." It did this because, like its co-creator Matt Groening who came from the underground comics scene, it was anti-authority and disruptive and "challenged every convention of TV that had built up over the forty years of its existence." After that first episode the show exploded over into cultural saturation. Books, video games, t-shirts, songs in the music charts—the merch was everywhere.

But the merchandise was a symptom of the success of the show, and the show was a success because of its anti-establishment vibe, it's likeable yet comedic characters, and its heartfelt and emotional storylines and character developments. Courtesy of its epic and hugely talented writing team.

So what went wrong? Well, Walsh charts the beginning of the end for the fall of the Simpsons as happening around season 8. It's then that the show started to unravel in terms of the plots becoming more and more nonsensical. Although you could say it wasn't until season 9 that things really began down a path of no return. Because season 9 saw the infamous episode which revealed that Principle Skinner was actually...Armin Tamzarian. The episode was called 'The Principal and the Pauper' and many Simpsons fans loathe it.

How Season 8 Saw The Fall Of The Simpsons 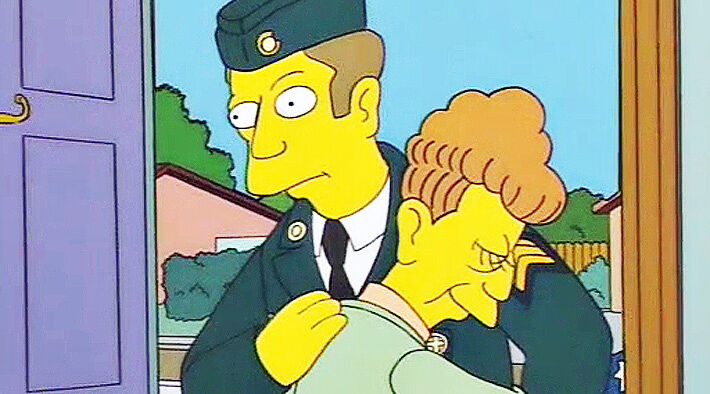 The Fall Of The Simpsons: Scene from 'The Principal and the Pauper' - Image / YouTube

As Walshs points out, the episode isn't bad or hated because the jokes are poor, but because it undermines its own integrity by completely changing the backstory of a beloved character. All for the sake of...what? A plot for one episode? Walsh marks what happened there as a prelude, a foreshadowing if you like, of what was to come. Because from there the slow unravelling began.

The Simpsons is still on air, now in its 28th season, but it's far from being the pioneering animation it once was. In fact it stopped being that, according to Walsh and his IMDB score tracking, way back after season 8. All of this is arguably subjective of course, you may still love The Simpsons. But you can't deny it feels like its not quite as well crafted as it once was. Mould-breaking TV isn't coming from the Simpsons any more, instead it's coming from animations like Rick and Morty—which wouldn't be here were it not for the former. But still.

Check out Walsh's fascinating video to learn more about what brought about the decline and fall of The Simpsons. And check out his YouTube channel for more of his videos or his Patreon page if you fancy donating some money so he can keeping making his video essays. 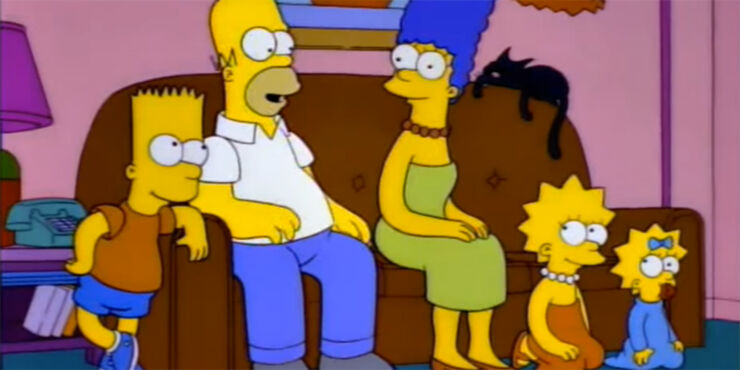 The show in its heyday before the fall of The Simpsons occurred. Image: YouTube / Super Eyepatch Wolf / Fox