Is there life on Mars? Bowie sang back in 1971. And now scientists could be a step closer to answering that rhetorical question, after NASA's Curiosity rover discovered possible evidence for life on the red planet.

The rover detected a tenfold spike of methane in the Mars atmosphere which can't be easily explained. Methane is an organic chemical and there's a possibility that it could be coming from living organisms, perhaps tiny bacterial microbes living on the red planet.

But it could also come from somewhere less exciting.

Certified organics! I detected organics for the 1st time on the surface of Mars #AGU14

"This temporary increase in methane—sharply up and then back down—tells us there must be some relatively localized source," said Sushil Atreya of the University of Michigan, Ann Arbor, a member of the Curiosity rover science team. "There are many possible sources, biological or non-biological, such as interaction of water and rock."

The organic molecules found by the team were in a drilled sample of the Sheepbed mudstone in Gale crater, the landing site for the Curiosity rover. Scientists think the crater was once the site of a lake billions of years ago, and rocks like mudstone formed from sediment in the lake.

Moreover, this mudstone was found to contain 20 percent smectite clays. On Earth, such clays are known to provide high surface area and optimal interlayer sites for the concentration and preservation of organic compounds when rapidly deposited under reducing chemical conditions.

While the team can't conclude that there was life at Gale crater, the discovery shows that the ancient environment offered a supply of reduced organic molecules for use as building blocks for life and an energy source for life. Curiosity's earlier analysis of this same mudstone revealed that the environment offered water and chemical elements essential for life and a different chemical energy source.

"We think life began on Earth around 3.8 billion years ago, and our result shows that places on Mars had the same conditions at that time - liquid water, a warm environment, and organic matter," said Caroline Freissinet of NASA's Goddard Space Flight Center in Greenbelt, Maryland. "So if life emerged on Earth in these conditions, why not on Mars as well?"

As well as the Curiosity rover NASA have further research plans for Mars, one of which includes a manned mission to the planet in the 2030s. 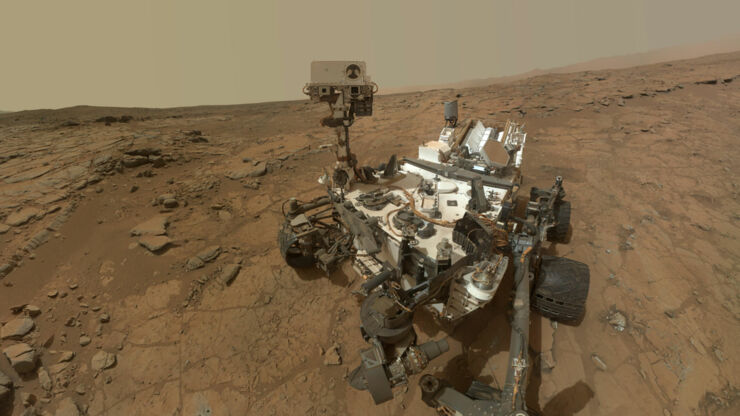