Mars is constantly teasing us with the possibility that it harbors or habored life. Sometimes that life is an alien space crab, sometimes alien civilisations, or sometimes a giant space mouse. The latest news that there's life on Mars is a little less imaginative and a lot more scientific however.

Back in 2008 NASA’s Mars Spirit rover found what is thought to be mineral deposits called opaline silica inside the Gusev crater. And it's the silica's outer layers which are of interest, because they're covered in very small nodules which give the appearance of cauliflower heads growing from the red Mars soil.

It's been a mystery as to how these "cauliflowers" formed but recent research by Arizona State University's Steven Ruff and Jack Farmer in the Chilean desert seems to indicate that they might have been "sculpted by microbes."

Smithsonian.com, who first reported the story, said this:

At a meeting of the American Geophysical Union in December, they made the case that these weird minerals might be our best targets for identifying evidence of past life on Mars.

If the logic holds, the silica cauliflower could go down in history as arguably the biggest discovery ever in astronomy. But biology is hard to prove, especially from millions of miles away, and Ruff and Farmer aren’t claiming victory yet. All they’re saying is that maybe these enigmatic growths are mineral greetings from ancient aliens, and someone should investigate.

The El Tatio geyser field in Chile is home to many microbes and similar silica shapes to those seen on Mars have been found there. These cauliflower-like formations have also been seen in Yellowstone National Park and New Zealand's Taupo Volcanic Zone.

"In both of those places, the silica bears the fossilized fingerprints of microbial life." notes Smithsonian.com. "Since microbes sculpted the silica features in Wyoming and New Zealand, it's possible they also helped make the formations at El Tatio. And if microbes were involved with the cauliflower at El Tatio, maybe they made it grow on Mars, too."

The silica on Mars

A lot more research needs to be done before these silica on Mars can be identified as coming from long dead microbes (geologists think the Gusev crater may well have once had geysers there). And a new Mars rover to replace Spirit which stopped in 2010 is due to launch in 2020, so there's hope it will bring new data to shed some light on these strange Martian cauliflower.

However it's also entirely possible the silica might have been shaped by dirt, the wind or something equally less exciting. “Having worked on modern hot springs, I have seen all forms of structures that look biological but are not,” geobiologist Dr. Kurt Konhauser told Smithsonian.com. "Because it looks biological doesn’t mean it is." 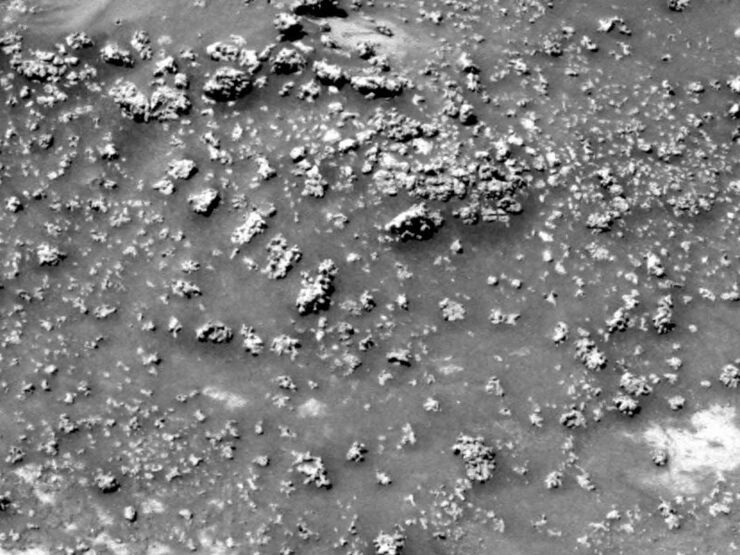 The silica on Mars 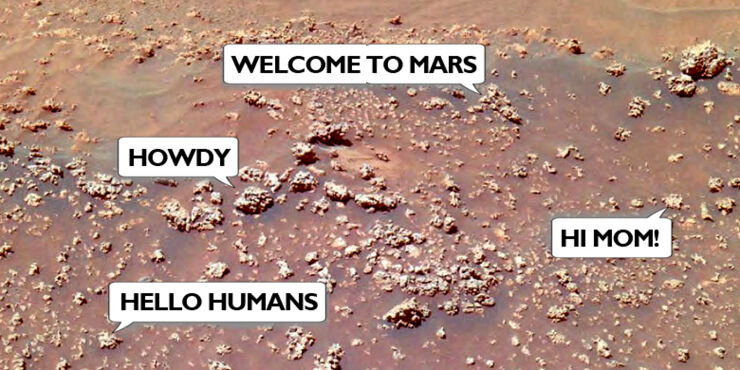 If the silica on Mars could speak