If you're looking for somewhere with an air of creepiness about it, abandoned amusement parks are perfect. What with the faded paint work, the rusting lifeless rides, and nature slowing reclaiming it back. Photographer Romain Veillon visited one such theme park, Nara Dreamland in Japan, just before it got razed to the ground.

Veillon is a photographer who specializes in abandoned places, places left to dereliction and decay which have an eerie, bewitching beauty to them and Nara Dreamland was the focus of one of his projects.

The amusement park was built in 1961 in Japan's Nara Prefecture, inspired by Disneyland in California. On 31st August 2006 the theme park was closed and left abandoned, it couldn't keep up with the competition. Both Disney and Universal Studios opened theme parks in Osaka and Tokyo and were located close-by.

Although the theme park was left empty, for ten years the rides were still there, left to rot and so it became one of many well known abandoned amusement parks popular with urban explorers and internet curios.

Then, finally, at the end of 2016 the theme park's rides were destroyed—but not before Veillon took his pictures.

"All good dreams must come to an end," French photographer Veillon told Dezeen. "It was an incredible feeling to be able to explore and photograph this place over an entire day, and imagine how it was to be on the roller coaster or just to wander in the little streets of this paradise. Nature reclaimed the park, which disappeared slowly under the vegetation, and created an even more magical and unique atmosphere. But even this abandoned time had to come to an end." 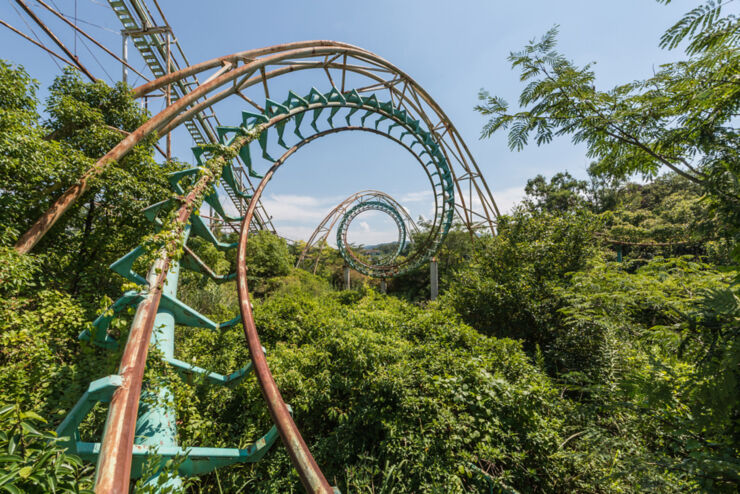 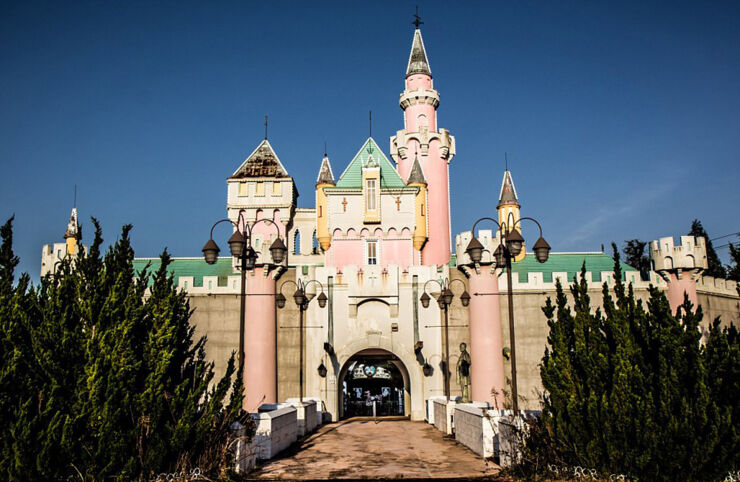 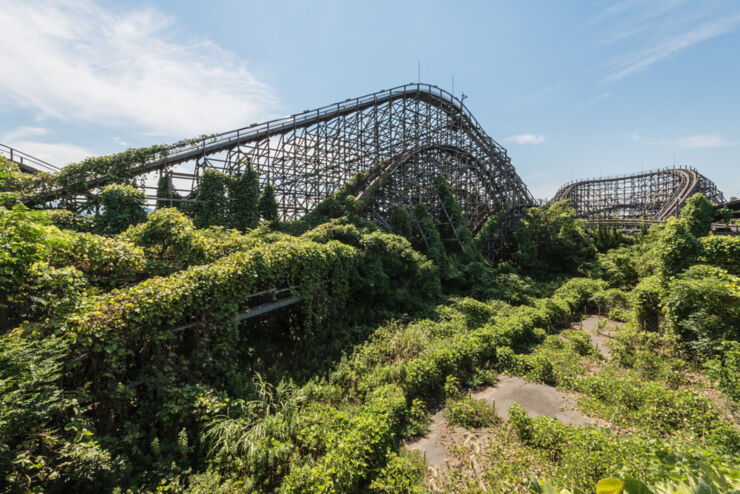 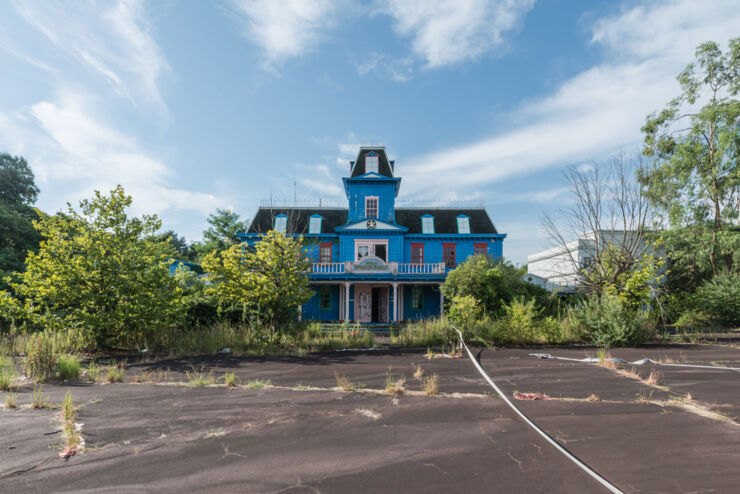 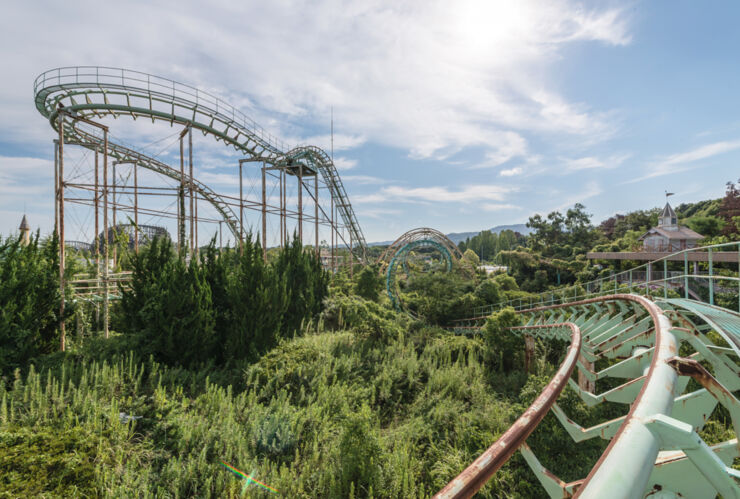 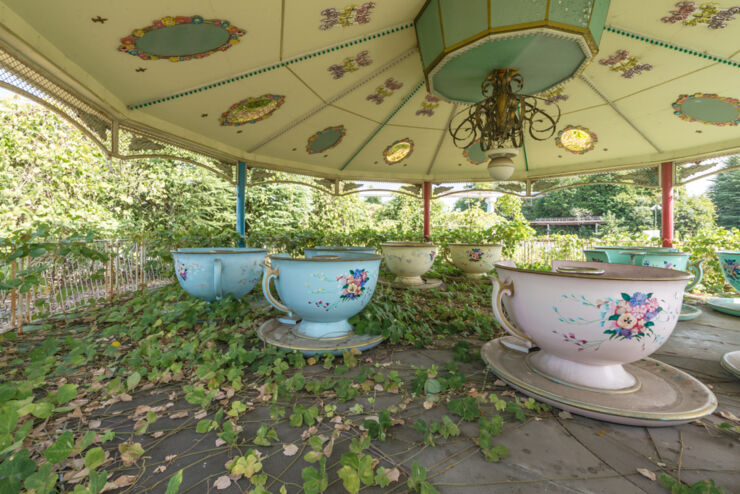 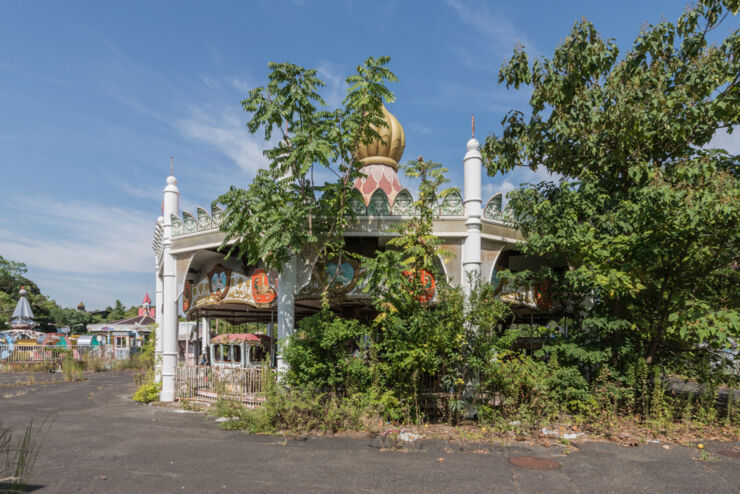 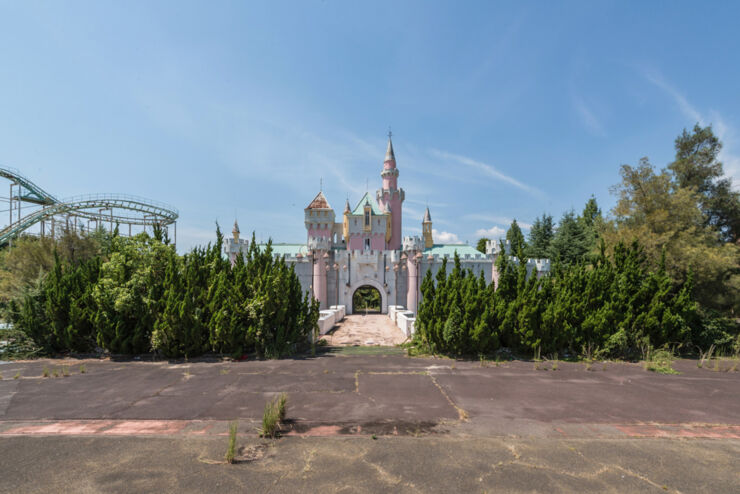 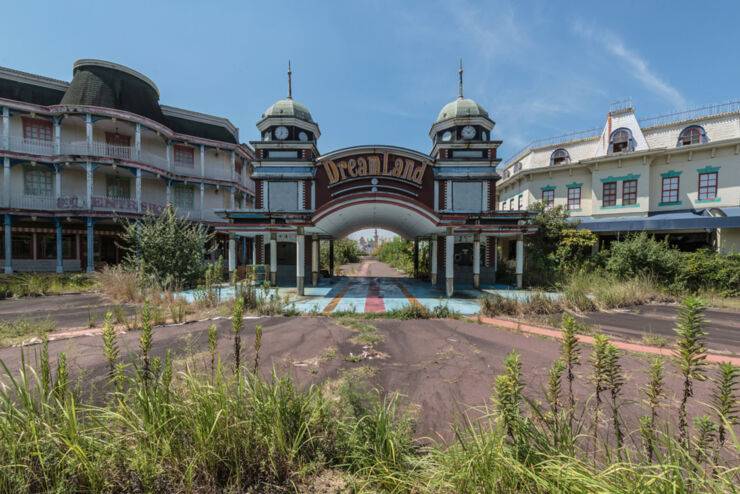 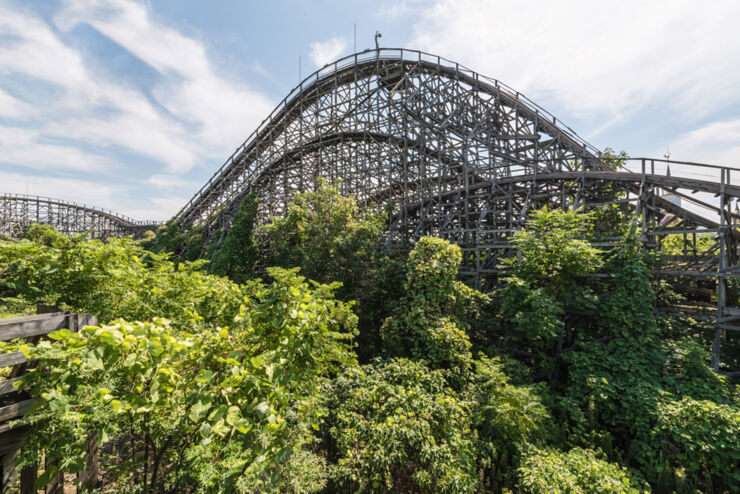 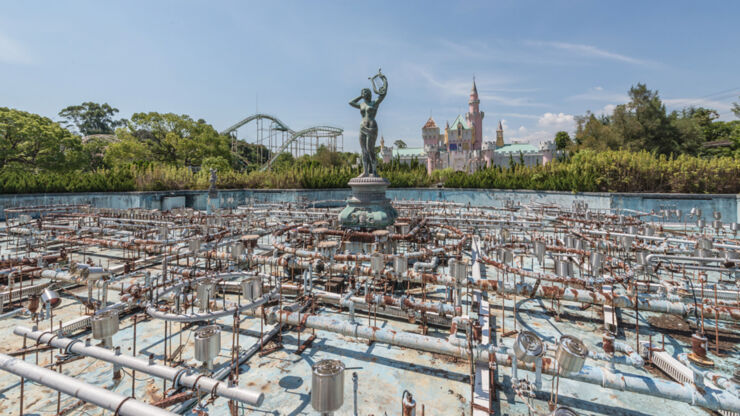 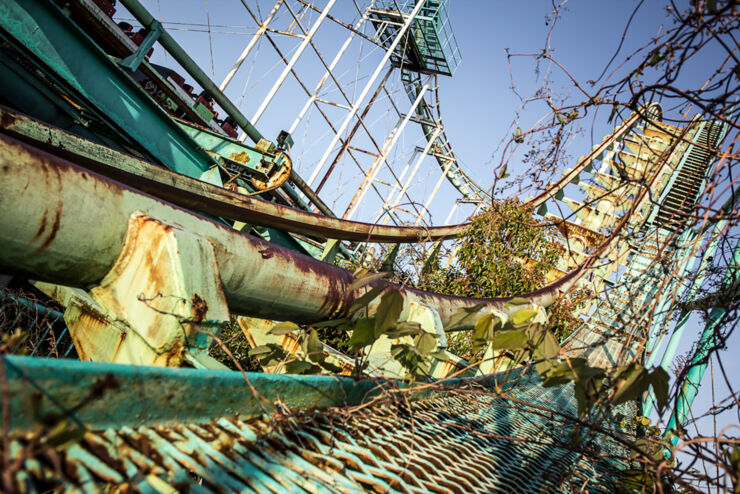 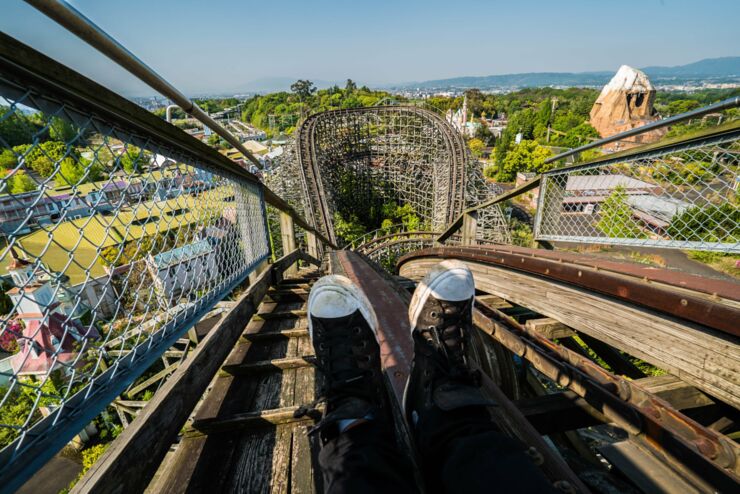 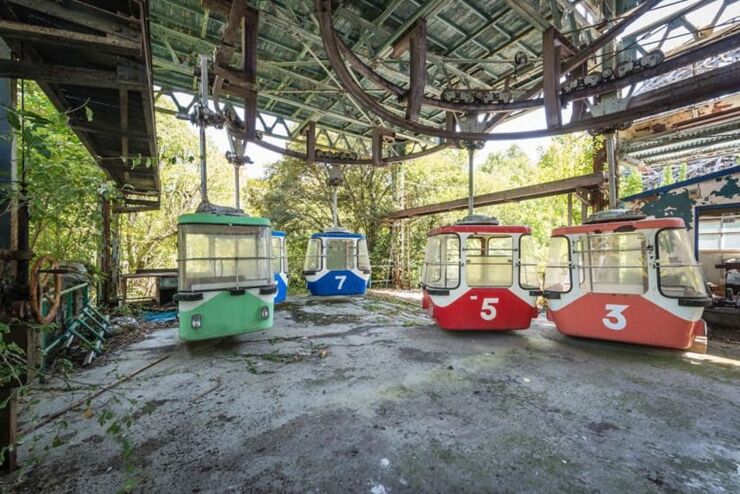 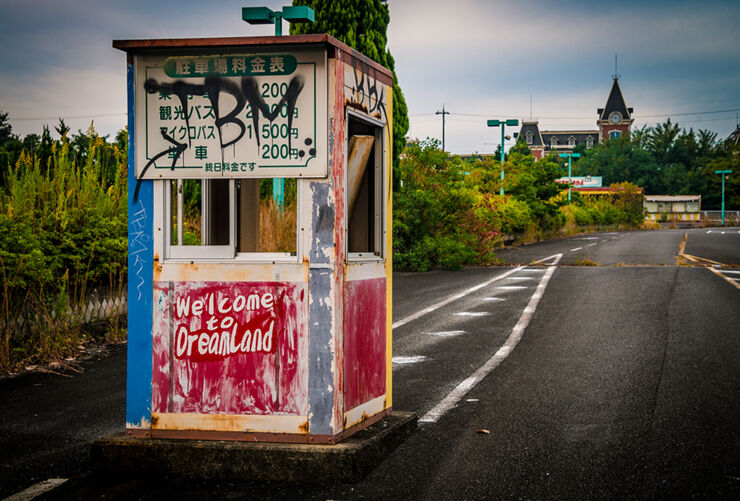 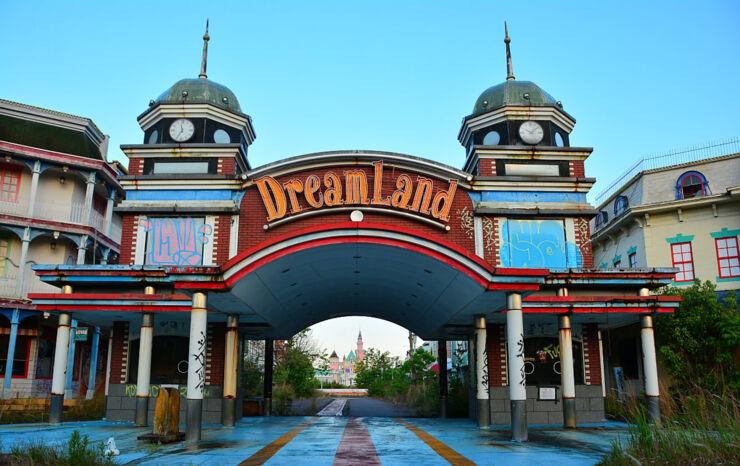