Coyote Peterson, for reasons that only he can fathom, has been working his way through the insect kingdom's most powerful stingers. It's seem him get bitten by a leaf cutter ant and the velvet ant (aka "cow killer").

He's working his way up the insect sting pain index towards the bullet ant, the supreme evil bastard of stinging. Before he gets there though he has to take on the tarantula hawk, which is number two—it's a huge desert wasp that's found in Australia, Asia, Africa, and southern USA that gets its name because it likes to eat tarantulas.

It also likes to sting, and paralyse them, before dragging them off and laying an egg on them which, once hatched turns into a larva which burrows inside the tarantula's body feasting on its organs. It does this until it pupates, becomes an adult and leaves its dead host so it can repeat the gruesome cycle.

And it's that crazy animal that Coyote Peterson allows to come and sting him which, as you'll see from the video, results in some major level pain. Once it stings, Peterson's arm swells up, he begins sweating and moaning, and falls to the floor, squirming in pain exclaiming things like "I can’t move my arm!”

The only good thing is the pain lasts no longer than five minutes, but it must seem like the longest five minutes he's ever lived through. I'm sure a lot of us are thinking 'rather him than me', while the rest of us are crossing ever visiting (or living in) all the places where the tarantula hawk is found.

The best thing is though, we get to see him do this all over again when he finally plucks up enough courage to take on the bullet ant and is reputation for total pain. I can't wait. 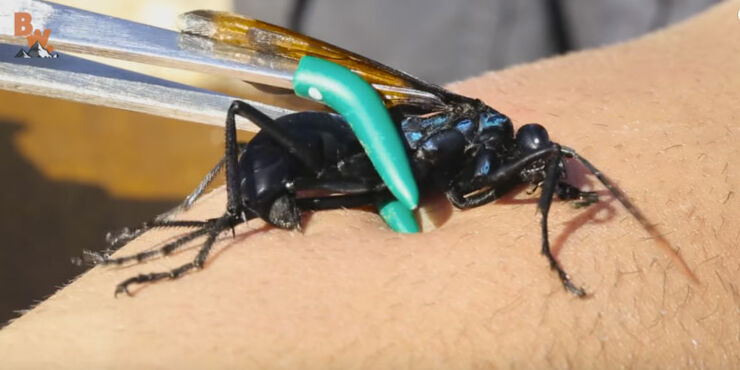 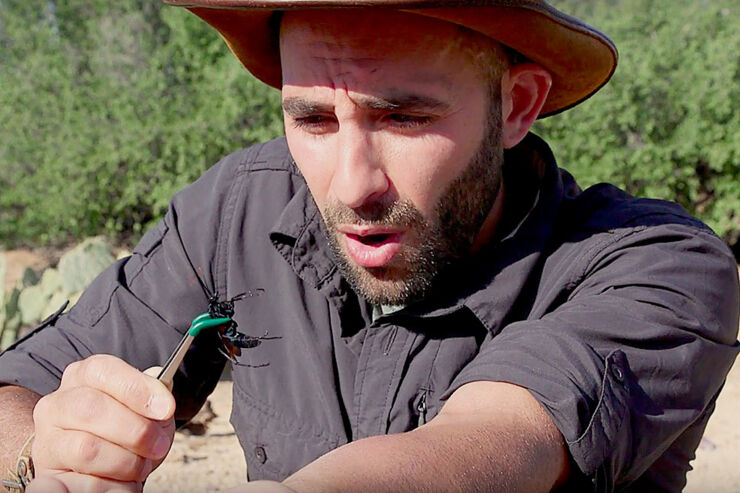