Something tells me this new music video from Eminem is a celebration of Detroit. Maybe it's the fact that the Detroit-born rapper has teamed up with five rappers—Royce da 5'9", Big Sean, Danny Brown, Dej Loaf, Trick Trick—all from the Motor City.

Or maybe it's the fact that the video was shot in Detroit and is called "Detroit Vs Everybody" and features verses detailing how awesome it was growing up in Detroit. Or maybe it's just my sixth sense. Probably the latter.

Regardless, this anthemic track was taken from compilation album Shady XV, released last year, which featured some new songs and some of the big hits released on Eminem's label Shady Records. Some of the songs were so-so, some were actually pretty good. "Detroit Vs Everybody" was one of the ones that was pretty good.

And now they've finally gotten around to making a video, which has the aforementioned all-star rap cast, a neat piano beat, and is better than a lot of the other work Eminem’s done of late. 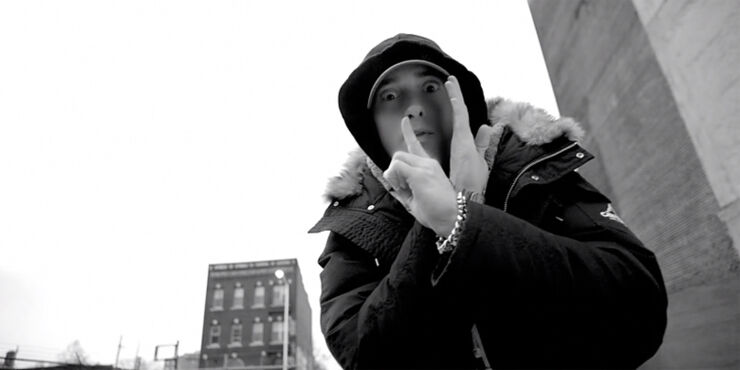