Planetary Resources are a company involved in the business of asteroid mining. The idea is that these pieces of rock that float about in space are a potentially limitless resource, full of minerals, that can be utilised both on earth and when we begin to colonize the cosmos.

It's still a nascent industry ("We launched a satellite in space last year, have two more on the way this year." Planetary Resources told Engadget.") but they recently demonstrated how this resource might be used, with a 3D printed object made from asteroid metals.

Because, in the future space colonization might mean we're mining asteroids as we journey through the cosmos on spacecraft and utilizing the materials we find on them using onboard 3D printers. However until they begin to actually mine asteroids in space, as a taste at their demonstration at CES, with the help of 3D Systems, they used asteroid metal that had already fallen to earth.

The alien metal was taken from a meteorite that fell at Campo Del Cielo in Argentina around 4,000–5,000 years ago. It consists of iron, cobalt, and nickel which are similar, the company notes, to refinery grade steel. The 3D print they created is a model of part of a spacecraft.

"This spacecraft prototype was 3D printed from an actual asteroid that was, pulverized, powdered and processed on the new 3D Systems ProX DMP 320 metals 3D printer." they say. "It is the first part ever 3D Printed with material from outer space and is reminiscent of a design that could originate from a 3D printer in the zero-gravity environment of space."

Have a listen to the interview with Chris Lewicki from Planetary Resources (below) talking about the applications for asteroid mining at CES 2016 and then check out the, um, out of this world creation below. 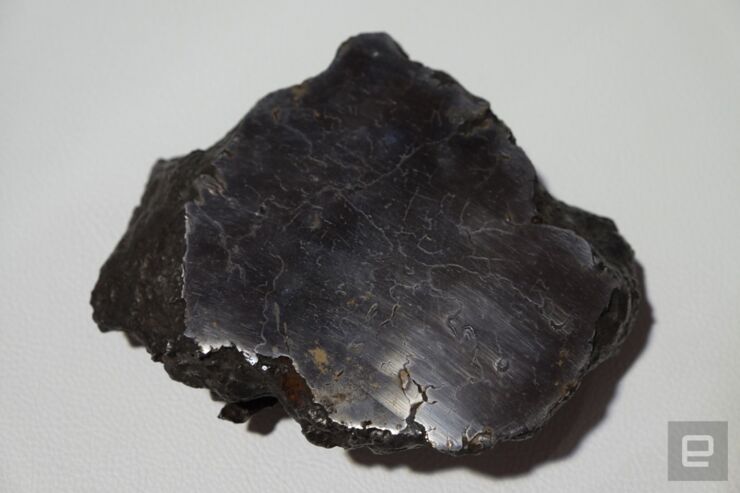 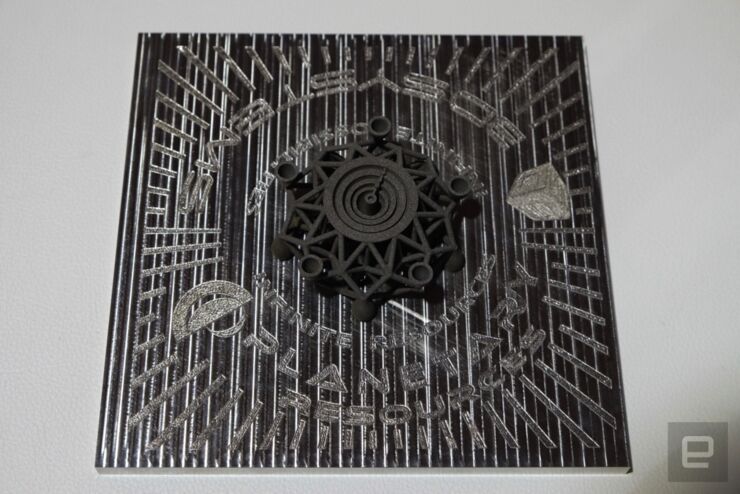 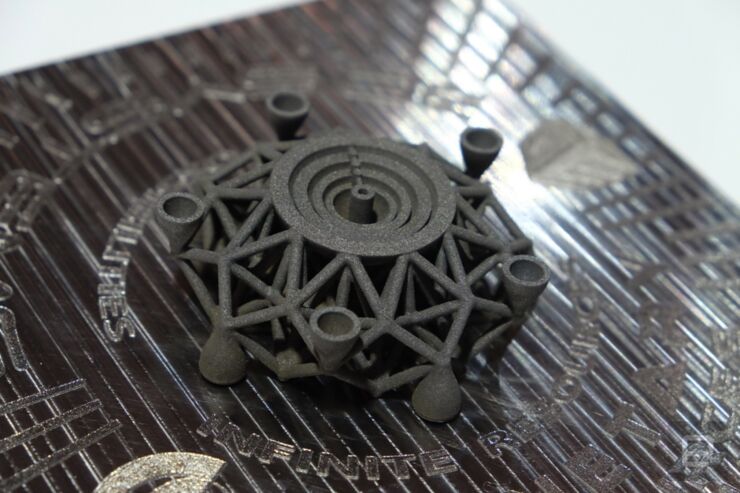 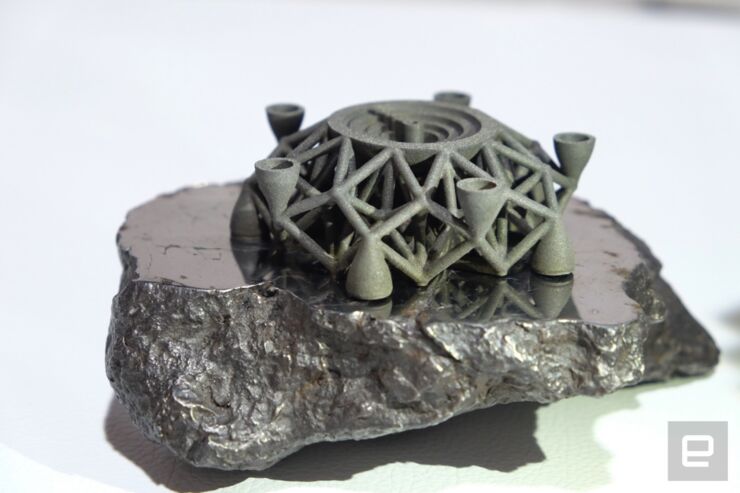 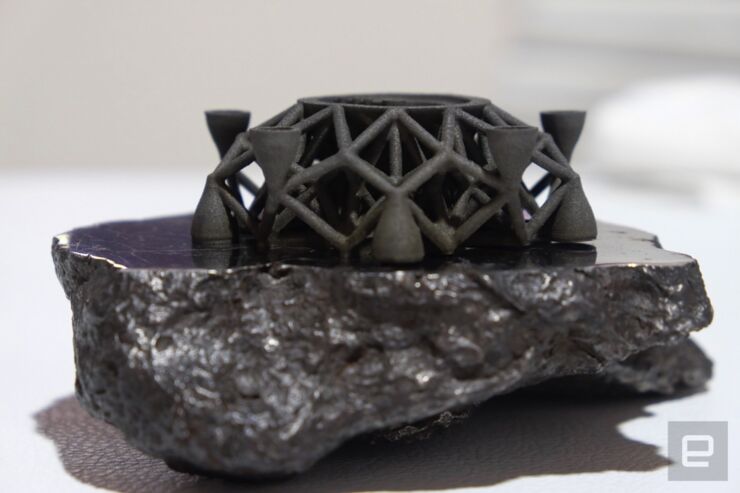 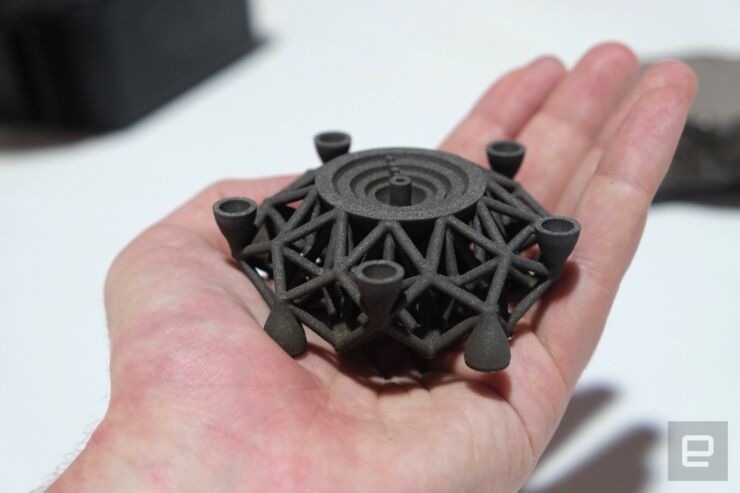 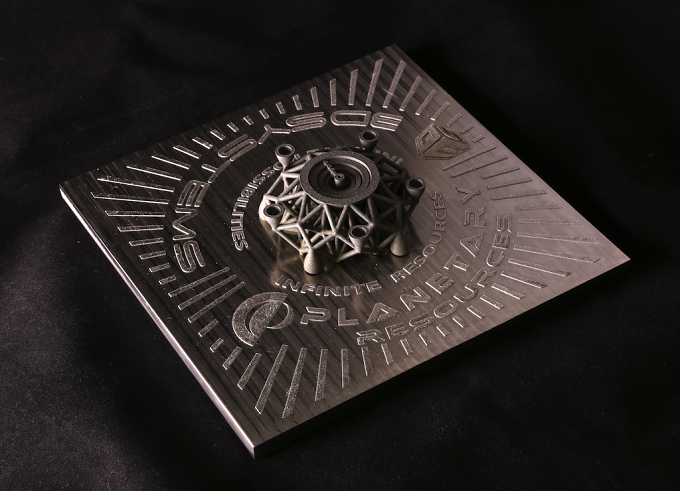