Think of the future and you probably think of lots of different things. And one of those things is definitely going to be robots. Although we're living in the 21st century, robots still haven't been integrated into our day-to-day existence in the way science fiction would have us believe.

But there is one place in Japan where it's getting there. In Nagasaki a hotel has opened staffed by robots. Called Henn-na Hotel it has a fembot receptionist, robots who carry your luggage, clean your room, turn out your lights, and also a robot dinosaur wearing a bowtie.

Because, well, because every hotel should come with one of those as standard.

The hotel's CEO Hideo Sawada sees it as part of a "utopian vision where robots take over manual labour so humans can turn their attention to more creative pursuits." But you have to wonder whether it's all just a gimmick, just another themed hotel to attract the tourist dollar.

Sawada plans to go global with his idea, but the question is: would you want to stay in one? 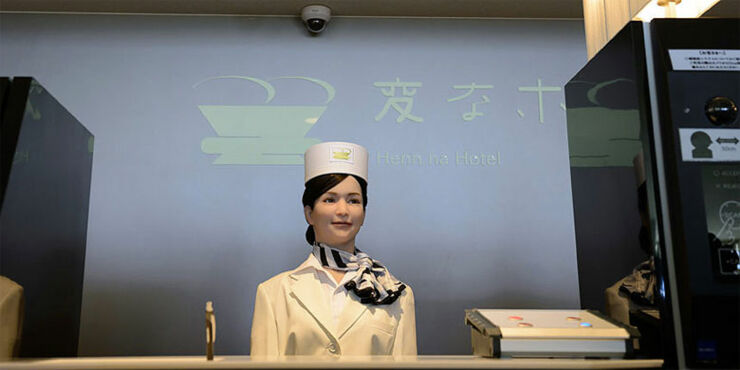 Welcome to the Henn-na Hotel, how may i help you? 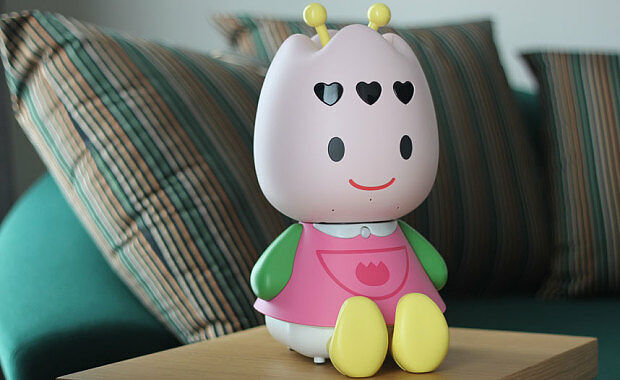 Churi-chan is a pint-sized pink and green cartoon-like character with three hearts on her forehead and a permanent smile. 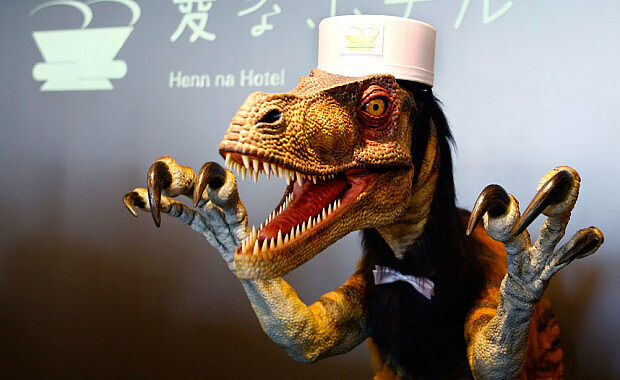 An English-speaking dinosaur features a bow tie, tiger-like fur and a constantly bobbing head. Maybe think twice before making a complaint about the service. 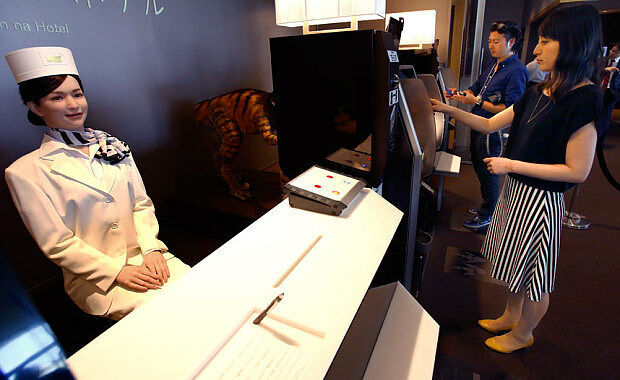 An assortment of bleeping, flashing and perma-smiling robots greet guests at reception. 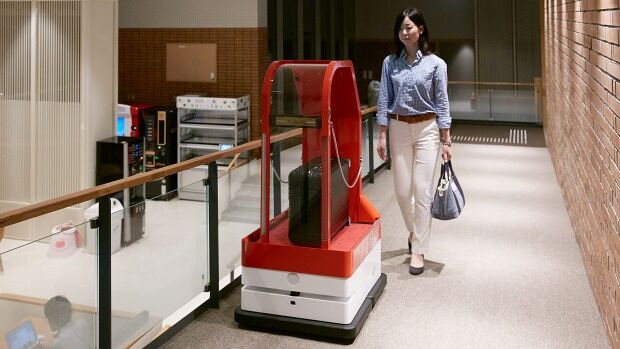 The big question is, do you give this porter robot a tip for taking your bags to the room? 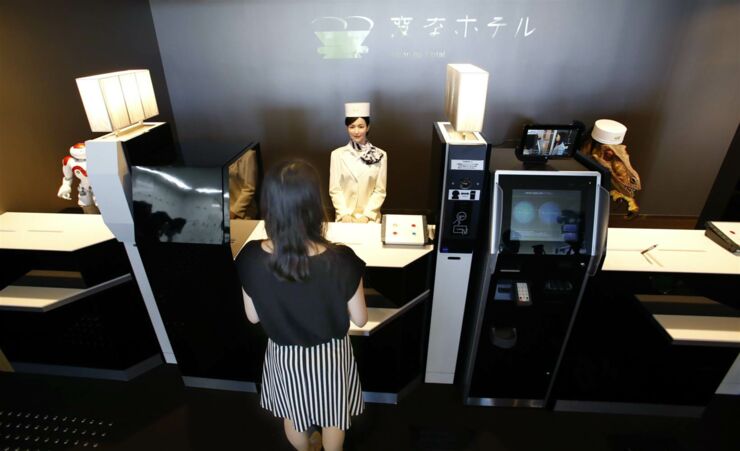 From check-in staff and porters to cloakroom and concierge, human jobs have been usurped by an eclectic assortment of robots. 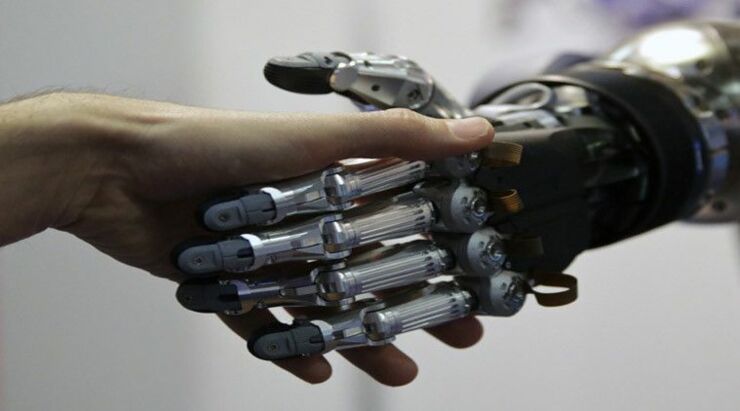 "Thank you for staying at the Henn-na Hotel hotel, we hope to see you again soon."