Magnus Walker, perhaps the world's most famous restorer of Porsche 911s, takes a late night race around downtown Los Angeles in, what else, his Porsche 911, speeding along his favorite route.

Titled 'Midnight Rambler' the video gives more than just a passing nod to the song of the same name by the Rolling Stones as Magnus floors his Porsche on the highways, chancing his luck for not being pulled over for speeding by the L.A.P.D. It's a gamble that pays off.

By day L.A. is every driver's worst nightmare, with fumes and endless traffic being a major part of the experience, but at night it's the perfect playground for Walker to ramp up the awesome and burn across the dimly lit, empty streets.

At times the city looks so deserted and with only the sound of a roaring Porsche engine audible you could almost be forgiven than you were watching the opening scenes of a west coast version of Will Smith's iconic film I Am Legend.

Walker, originally from Yorkshire, England is now based in one of the seedier parts of downtown L.A and has evolved from humble beginnings to become the world's unlikeliest, and most-prized restorer of 911s, he says of himself, "I'm a rock'n'roll guy building street-able, track-able hot-rod cars."

This recent jaunt downtown is soundtracked with nothing but the raw power of the 911's engine, giving your ears the perfect compliment to what your eyes are seeing. It's awesome.

Just try not to be too jealous. 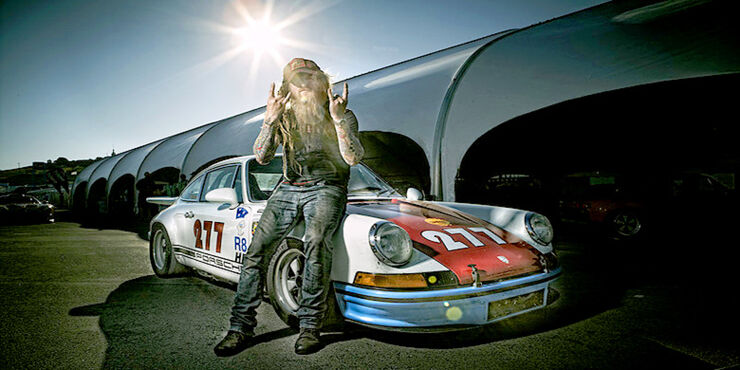