Mostly, skateboards are made from plywood. They have been for quite some time, but US company Ernest Packaging Solutions decided to challenge that by creating a board made from what most of us throw away: cardboard. And why you might ask, well, just because they can.

The company worked with Signal Snowboards who have already created a cardboard surfboard, snowboard, and pushbike as part of their Cardboard Chaos series. This is their latest cardboard creation. After trialling a few different ways to engineer the board, starting with corrugated cardboard which wasn't strong enough for more robust tricks, they came up with the idea of layering plain paper and hardening it with a resin.

They then tested it a few times before they handed it over to Tony Hawk to put through its paces. And it holds up very well. Tony was not inclined to treat it with kid gloves and gave it a very tough workout on a vert half-pipe, pulling every extreme trick in his arsenal. 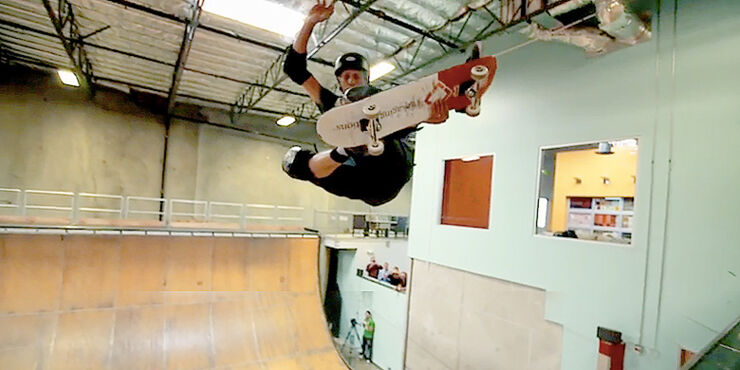 It doesn't mean plywood boards are over (Mr. Hawk said that if they could get the weight down to that of a regular ply board it would be a serious contender), but it's a great idea and interesting to see that with some ingenuity and persistence, the seemingly impossible is possible.

From lo-fi to hi-tech. While these guys were busy making a cardboard skateboard, Lexus has finally released a video showcasing their much-anticipated hoverboard, which they teased a few months back. It's kind of a ruse though, because while they do have a hoverboard, which works using magnetic levitation, it isn't one they're going to mass produce, or even a prototype. It's just a viral gimmick for their brand.

And it only works on a specially created magnetic skatepark. And burns through shitloads of liquid nitrogen. And it's really hard to ride. And every time you ride it the latest Lexus model car seems to appear. Strange that.