Canadian brothers Michael and Neil Fletcher were out hunting grouse in the woods in Windy Lake Provincial Park, Ontario when they saw what looked like an eagle in the distance.

So, they headed on over to go check it out but upon getting closer they saw that not only was it a bald eagle, but it had a talon stuck in a claw trap, the type used by fur harvesters.

Seeing it clearly needed help Michael took off his hoodie and placed it over the bird to calm it and prevent it from flapping around. While they did this they released its talon from the trap.

And, it seems, the bird was so grateful for the rescue that instead of trying to claw their eyes out when they held it up to the camera, it let them pose and snap a selfie with it. A "thank you" selfie no doubt which they posted, along with videos of the rescue, to Michael's Facebook page.

"It didn't really fuss or give any sign of aggression," Michael told The Sudbury Star. "I don't know if it knew we were helping him, or what."

And here's that epic selfie they took. "Everybody thinks it’s like the selfie of the year,” Fletcher told Buzzfeed. Pretty much. 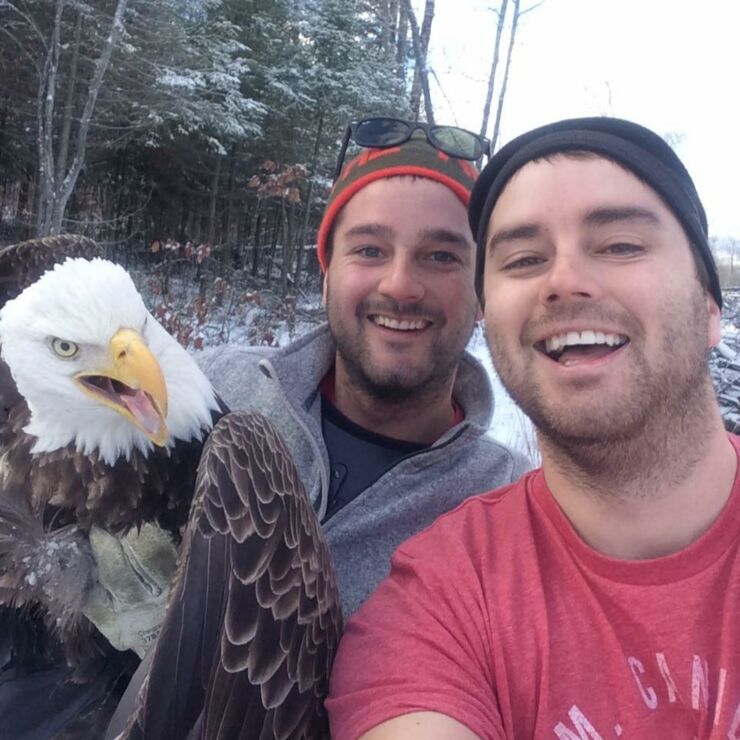