The US Airforce and DARPA (Defence Advanced Projects Research Agency) are working on a new hypersonic super duper jet that will be able to journey from Los Angeles to New York in just 30 minutes, instead of the usual six hours.

The jet will be unmanned (the human body can't take the acceleration) instead carrying sensors, weapons, and equipment as it travels at five times the speed of sound. The Airforce says it wants to aim for a speed of Mach 5.1. which is around 3,800mph.

Traveling at those speeds it would be practically undetectable as it reached its target.

The military have dabbled in hypersonic jets previously with the X-51, whose test flight above the Pacific Ocean in 2013 you can see in the video above. This new jet will build and improve upon the X-51.

"X-51 was really a proof of concept test." Air Force Chief Scientist Mica Endsley told Military.com. "It showed that you could get a scram jet engine, launch it off an aircraft and it could go hypersonic. It was able to go more than Mach 5 until it ran out of fuel. It was a very successful test of an airborne hypersonic weapons system." 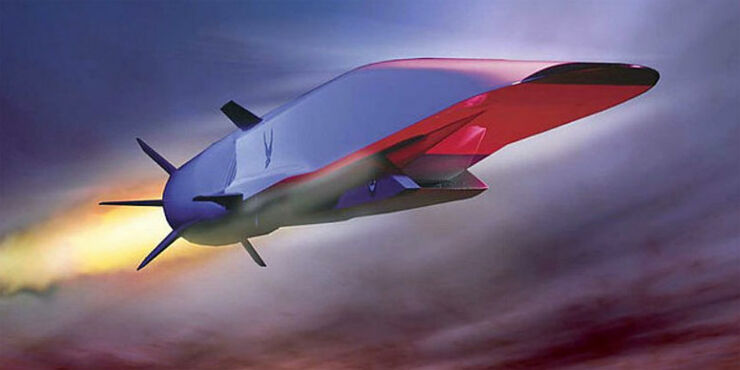 The X-51 test flight saw the scramjet released at 50,000 feet before accelerating to Mach 4.8 in 26 seconds, reaching Mac 5.1 when it climbed to 60,000 feet. It then crashed into the ocean, but not before it sent back very useful data which is now being used on the new hypersonic jet.

"The advantage of hypersonics is not just that something goes very fast—but that it can go great distances at those speeds." Endsley says. The program is being developed alongside a hypersonic weapon, also using data from the X-51 scramjet.