Nothing says THE FUTURE like a flying car. But so far science has failed to produce the goods. That could all change though, hopefully. Because one day you could be commuting to work on the the Terrafugia TF-X.

It wasn't strictly fair of me to say science hasn't produced the goods, because there have been prototypes developed of flying cars, like Aeromobil's Flying Roadster 3.0, but we haven't got one that's readily available to buy—yet.

Terrafugia, a Massachusetts-based company who specialise in developing flying cars, have revealed a concept video for the latest iteration of their TF-X flying car model. The sci-fi looking car is a vertical take-off and landing four-seater hybrid electric aircraft.

Once it's up—it can be parked in a standard garage but take off requires a level clearing of 100ft in diameter—a 300-horsepower gasoline-burning engine will compliment the electric one.

Once charged the battery will be able to fly for 500 miles reaching speeds of up to 200mph. Which means you could fly from New York to Detroit in under three hours non-stop.

But before you get too excited, the company say it will probably take between 8-12 years to develop. And it's not going to be cheap either. It'll probably cost the same as a high-end luxury car. 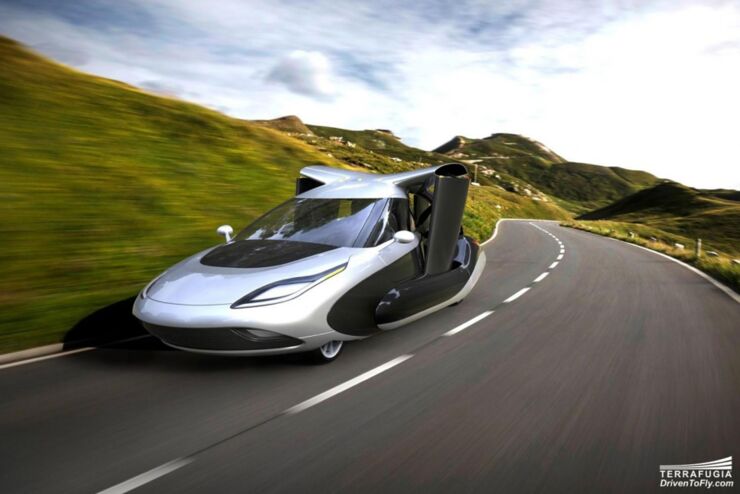 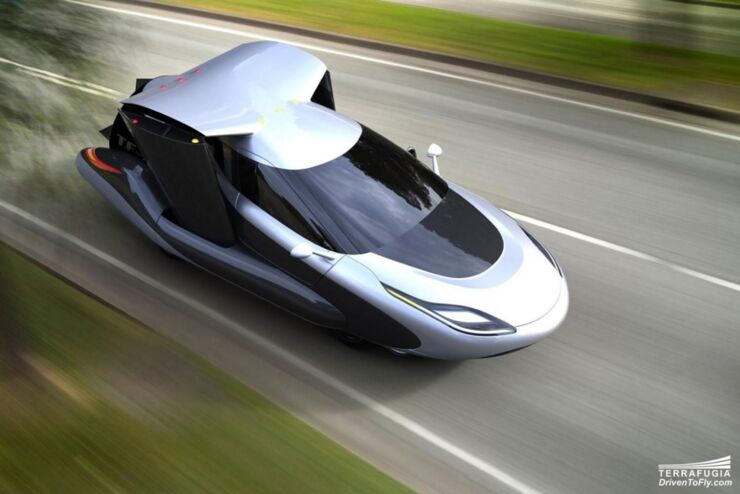 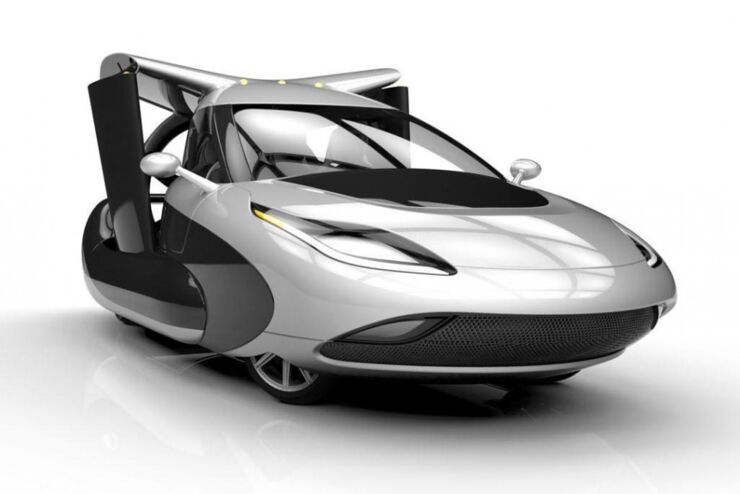 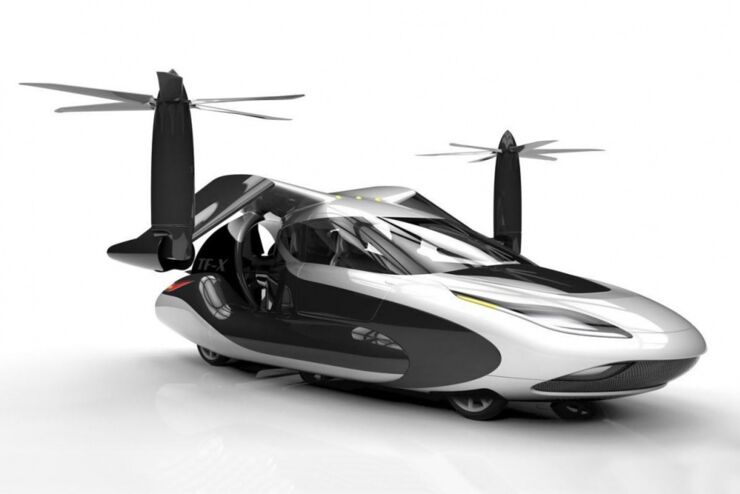 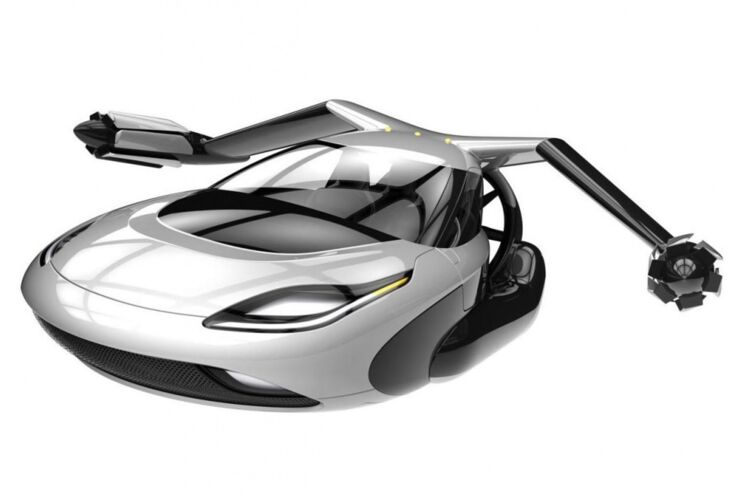 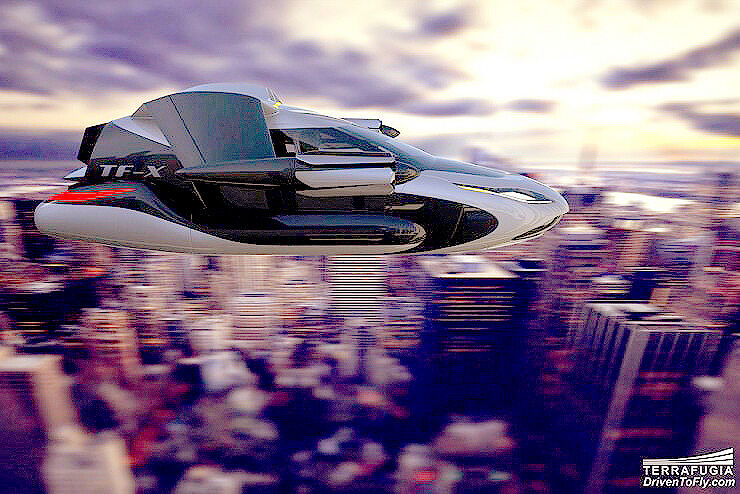 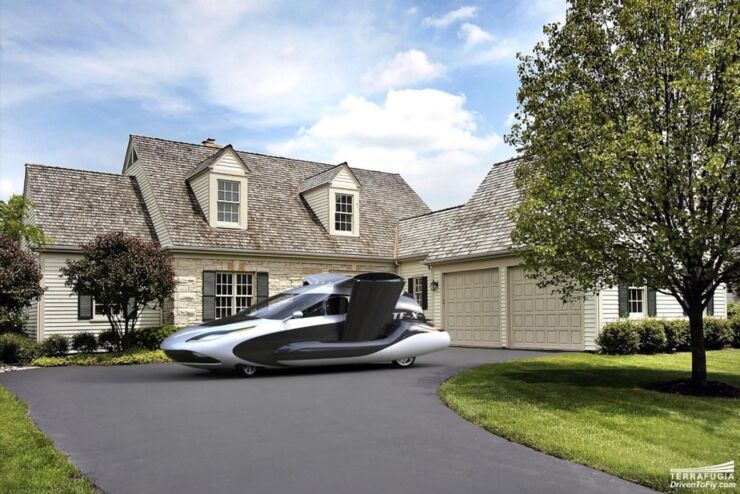