We need to go deeper—deeper into the vast underground ocean that exists at the centre of the earth like some lost world sci-fi tale from the mind of Jules Verne. In what could be dubbed Incep-sea—if you fancied bringing shame on your family and coining a terrible, terrible pun—scientists have discovered evidence for a giant body of water deep below the earth's surface that could be the source for all the oceans.

The water is trapped way down within the earth's mantle—the layer of semi-molten rock that sits under the earth's crust—250 to 400 miles deep. US geologists have noted how the ringwoodite rock at these levels has a high water capacity, creating a large reservoir three times the volume of all earth's oceans.

It's possible that water from the reservoir may've bubbled to the surface to create the water you like to paddle in when you go on vacation. The scientists also think it acts like a buffer, keeping the oceans the same size for millennia. 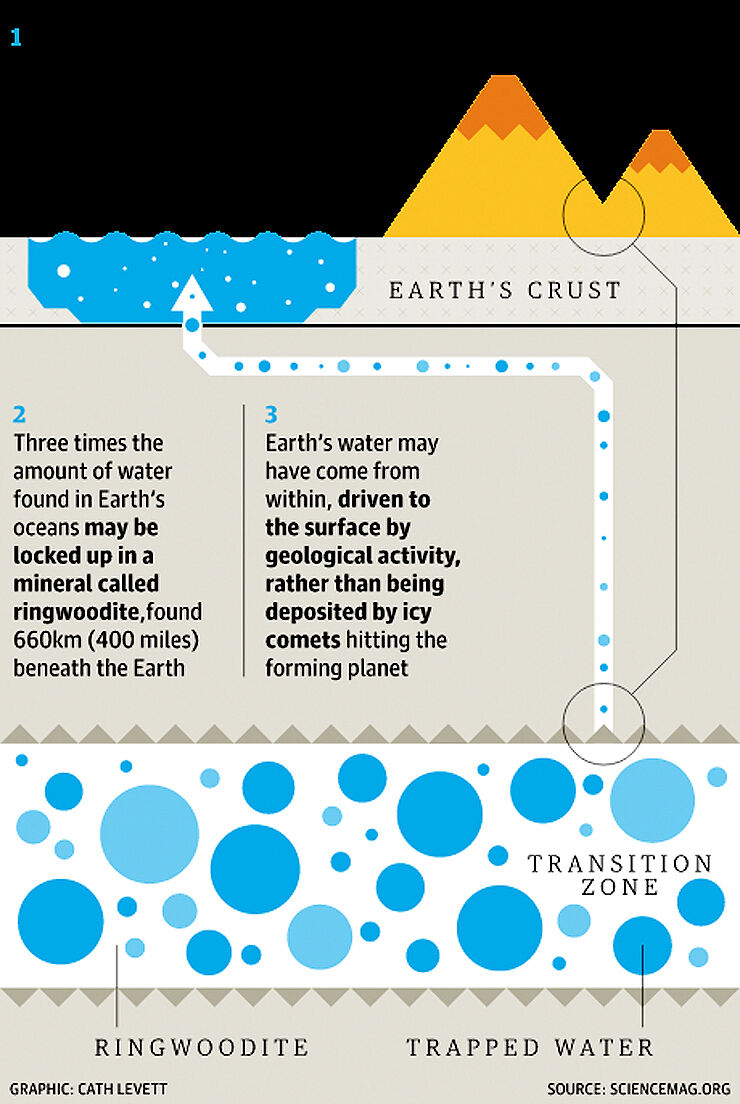 Image via The Guardian

The water seems to have been discovered by accident—geologists were using 2000 seismometers to study seismic waves created by over 500 earthquakes and the types of rock they pass through. As the waves moved inside the earth, they measured them at various depths and discovered the stored water due to it slowing down the speed of the waves.

And if you think it's weird that it's there, we should count ourselves lucky it exists at all—at least according to what Steve Jacobsen, one of the scientists, told New Scientist: "We should be grateful for this deep reservoir. If it wasn't there, it would be on the surface of the Earth, and mountain tops would be the only land poking out." Let's just hope it doesn't suddenly decide to head to the surface en masse any time soon.

Next up is more experiments to find out if the reservoir lies beneath the entire planet or just over one location. Then, presumably, we'll send an expedition down who'll discover prehistoric creatures and a lost civilization.