There's a star that sits just above the Milky Way known as KIC 8462852 and it may be harboring an alien megastructure. Or maybe not. But there's certainly something unusual orbiting it. Something so unusual it could be built by an alien civilization.

The star was first spotted by the Kepler Space Telescope, which was launched by NASA to look for Earth-like planets orbiting other stars. It can tell if a planet is worth investigating because it reads fluctuations in a star's light as a planet orbits in front of it. So it can tell if it a planet is of a similar distance from its host star to our own and therefore warrant further scrutiny.

KIC 8462852 lies between the constellations of Cygnus and Lyra and it was in 2009 that Kepler identified it as worthy of attention. It was also noted that the star was displaying a strange light pattern compared to other earth-like planets Kepler had found.

"We’d never seen anything like this star,” Tabetha Boyajian, a postdoc at Yale told The Atlantic. "It was really weird. We thought it might be bad data or movement on the spacecraft, but everything checked out." 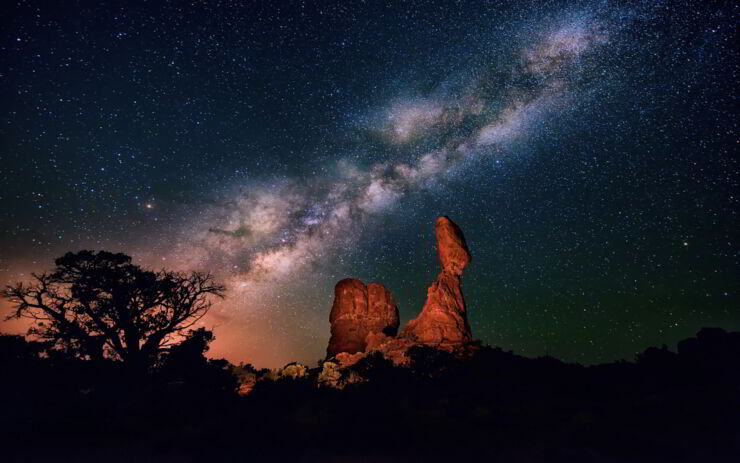 A few years later in 2011 the star was called out again by the so-called Planet Hunters, a team of "citizen scientists." They're part of a program set up by astronomers working with Kepler, and they help analyse the light patterns emitted from the many stars Kepler picks up.

Various Planet Hunters all noted a certain star as "interesting" and “bizarre" because the light patterns suggested there was a "mess of matter circling the star, in tight formation." If the star were young this might be expected, similar to how our sun had matter orbiting it back when the solar system was formed. But the star wasn't young, it was mature.

Boyajian, who looks over the Planet Hunters project, published a paper which explored natural explanations for the formations surrounding KIC 8462852. These included "instrument defects; the shrapnel from an asteroid belt pileup; an impact of planetary scale, like the one that created our moon." 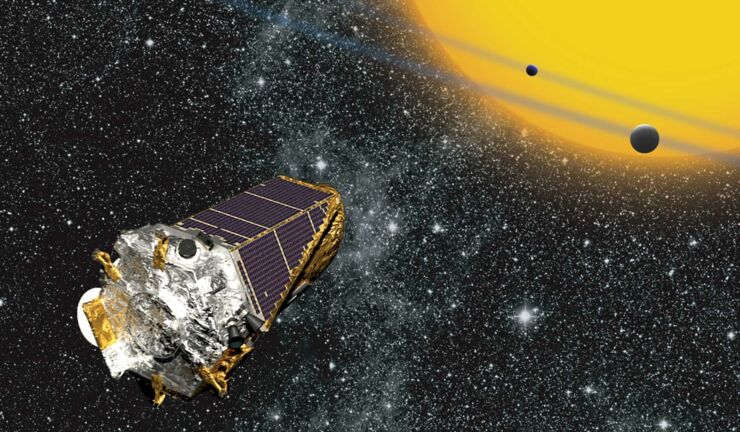 Artist's impression of the Kepler telescope

None of them were satisfactory, except one which The Atlantic explain: "If another star had passed through the unusual star’s system, it could have yanked a sea of comets inward. Provided there were enough of them, the comets could have made the dimming pattern. But that would be an extraordinary coincidence, if that happened so recently, only a few millennia before humans developed the tech to loft a telescope into space. That’s a narrow band of time, cosmically speaking."

So the question is, what the hell is it orbiting the star? Is it...an alien megastructure? To help try and figure this out the Kepler astronomers recruited Jason Wright, a Penn State University astronomer and Andrew Siemion, Director of SETI (Search for Extra-Terrestrial Intelligence).

“When [Boyajian] showed me the data, I was fascinated by how crazy it looked,” Wright told The Atlantic. “Aliens should always be the very last hypothesis you consider, but this looked like something you would expect an alien civilization to build.”

Wright is going to publish his own interpretation of the light pattern, which he believes may be the result of an advanced form of alien technology, a "swarm of megastructures," which could be orbiting the star to harness and collect its energy.

The next step in this intriguing saga is to point a huge radio dish, and possibly the Very Large Array (VLA) in Mexico, at the star to see if they can pick up waves associated with the kind emitted from technological instruments.

They'll start to do that in January next year, so we'll have to wait until then before we can begin to find out if it really is an extra terrestrial civilisation who have built an alien megastructure or just some boring old space debris. Fingers crossed it's aliens.