The world is currently populated by over seven billion human beings. That's a lot of people. But of course it wasn't always like that, in fact it took nearly 200,000 years for the human population to reach one billion.

But then in 200 years it rocketed up to over seven billion. So how did it change so much and when will we reach peak population? These answers are addressed in this fascinating animation by the American Museum of Natural History which visualizes how we became the earth's dominate species.

Starting around 200,000 years ago when modern humans evolved it notes that it was only 100,000 years ago that we began migrating across the globe. It then charts how as a species we began to expand. Global population started relatively low at about one million, but then by 1 AD this number had grown to 174 million.

This was because, as the video notes, that with the advent of modern farming, population growth started to happen more quickly. It then follows it through the Roman Empire and Han Dynasty, through the centuries as the rate begins rising steadily.

Then, with the advent of modern medicine and new technologies the growth rate shot up exponentially and here we are at around 7.4 billion people.

It does appear to be levelling off a little bit though, not increasing quite so rapidly due to falling fertility rates. That's not to say it won't continue to rise. By 2100 the animation predicts we'll hit around 11 billion people.

And as the video notes that's going to mean an even bigger strain on the earth's resources, which are decreasing as the population rises. It's a sobering reminder that what we do today has huge consequences for the future of not only the planet, by our species too. 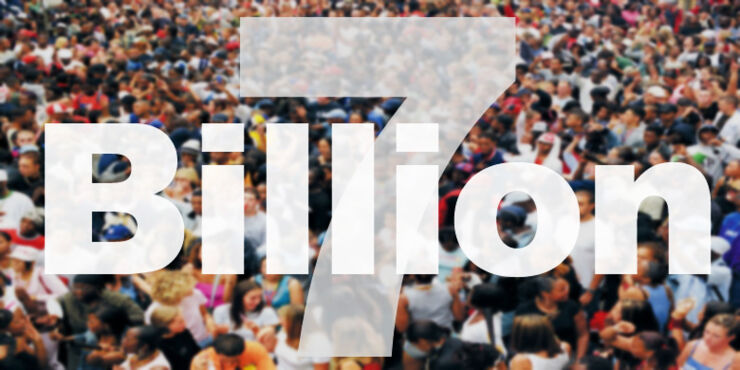