The release date for Star Wars: The Force Awakens ticks ever closer. From when that first teaser trailer came out back in November 2014, we're now only months away from being able to see the first new Star Wars movie since Revenge of the Sith.

But, leading up to the main event, there's been plenty to keep fans busy. Because since that first trailer there's been a galaxy far far away's worth of fanmade parodies, animations, spinoffs, memes, mashups, mashdowns, supercuts, and artwork—you name it, the internet's probably done it.

But just when you thought you’d seen every variation (including Disney invading the Star Wars universe) along comes one featuring a fuzzy puppet.

It's the brilliant creation of Brandon Kaplan and Veronica Delgado who run the Fuzzy Puppet toy review YouTube channel, which is a bit hit with adults and kids alike.

For this toy review Fuzzy Puppet looks at the new Force Awakens characters, but it's a bit more too as Kaplan & Delgado have meticulously stop-motion animated the action figures—around two weeks dedicated work—to create his own mini Star Wars adventure.

Take a look above. 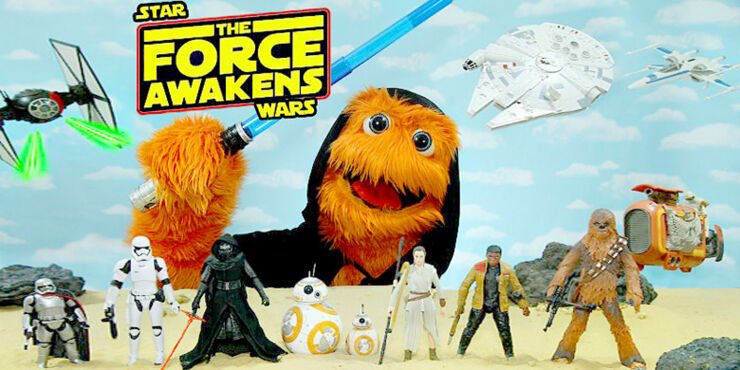