Three of the most well-known and loved filmic sci-fi franchises duke it out in this impressive stop-motion battle by YouTuber Counter656. AKA a 30-year-old Taiwanese part-time teacher who makes very entertaining stop motion videos in his spare time. And his latest creation is well worth the time spent making it.

The short film, set in an office, starts with an alien birthing from a predator before we're introduced to Boba Fett and a stormtrooper cruising around in the Batmobile from the 1960s TV series (don't question why, just go with it). Then, after discovering a Xenomorph feasting on Darth Vader, Boba Fett and the stormtrooper leap into action to take down this movie monster.

Just when things aren't looking too good for the pair, along comes a predator to beat down the alien. But as soon as that alien is beheaded by the predator, a new foe comes along in the form of an alien-predator hybrid: predalien. The same creature, only now fully grown, that burst forth at the beginning of the vid.

To defeat this beast Boba Fett, the stormtrooper, and the predator team up, blow up the place, and then head off to pick up Batman. Because of course they do. It's an entirely enthralling seven minutes.

It leaves you with the feeling that someone, somewhere, should fund this and make it into a full movie.

The figures used in the film are Herocross toys and Counter656 says it took almost two months and around 6,000 photos to make the video. And i think you'll agree it's a totally brilliant creation. 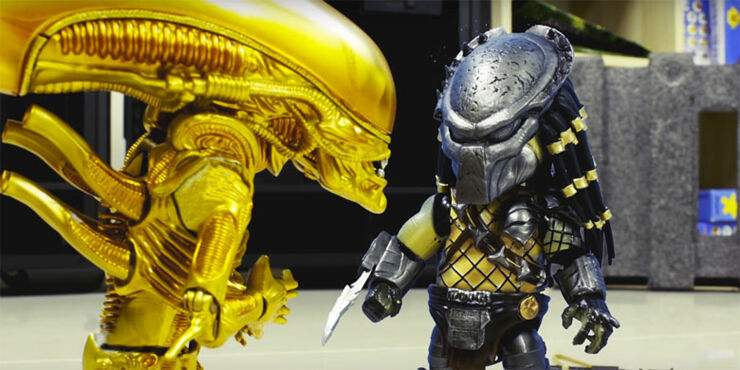