Australian Instagram model and YouTube personality Essena O'Neill has announced in dramatic fashion that she is quitting social media. The 18-year-old model released an emotionally-charged video where she revealed her reason for quitting, and also exposed the miserable and manufactured reality behind the seemingly perfect images she posts.

O’Neil, who's amassed over 700,000 Instagram followers and over 250,000 YouTube followers, says she has made thousands of dollars from posting on social media. But, while it's made her lots of money, it's also made her scornful of the deception and shallowness her job involved.

In a series of videos and blog posts she reveals how social media has overtaken her life, making her forget what's important. "I put my value in numbers, not real life people, moments or my natural passions of art, writing." she says, "Posting on Instagram consumed me. We are not followers, we are beings of individuality and love. I have never felt so free."

On Instagram she's began re-editing her old posts with captions revealing how advertisers and brands sponsored her to wear certain dresses and clothes—and how photos are often the result of taking around 100 shots to capture the right image.

It's a remarkable turnaround, and O'Neill now appears to be on a crusade to show that many Instagram accounts, at least where someone's life looks too beautiful and too perfect, are actually a lie. They're basically as deceitful and manipulated as any commercial or photoshoot.

O'Neill is keeping her Instagram and YouTube accounts up to show her journey from paid lackey of the social media mirage to teen whistle blower.

If you want to continue to follow her, she's now documenting her life away from the prying, branded eyes of social media on her website letsbegamechangers.com. 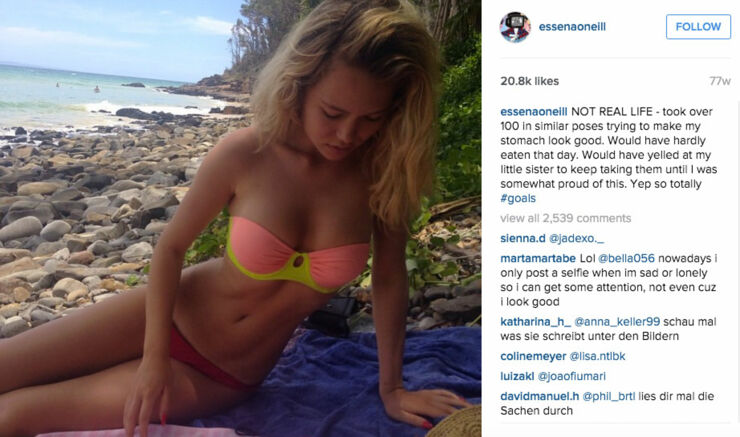 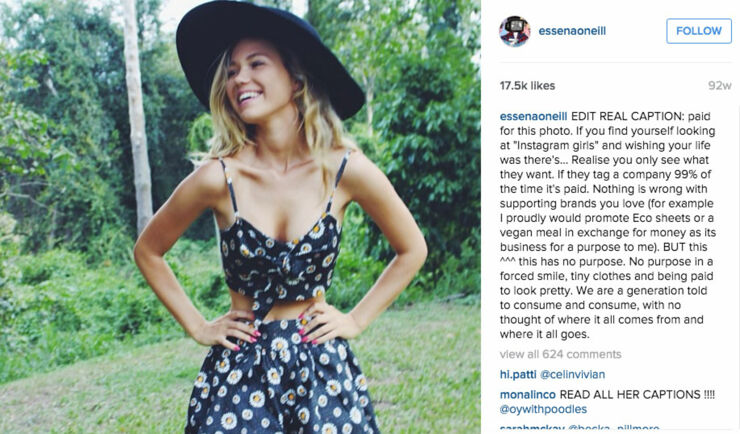 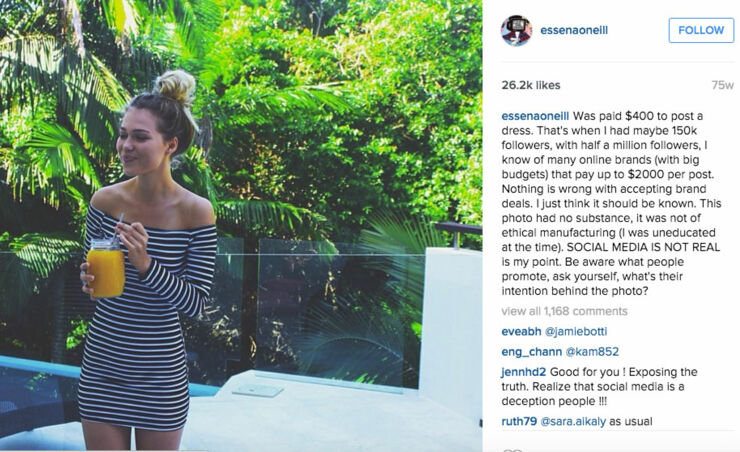 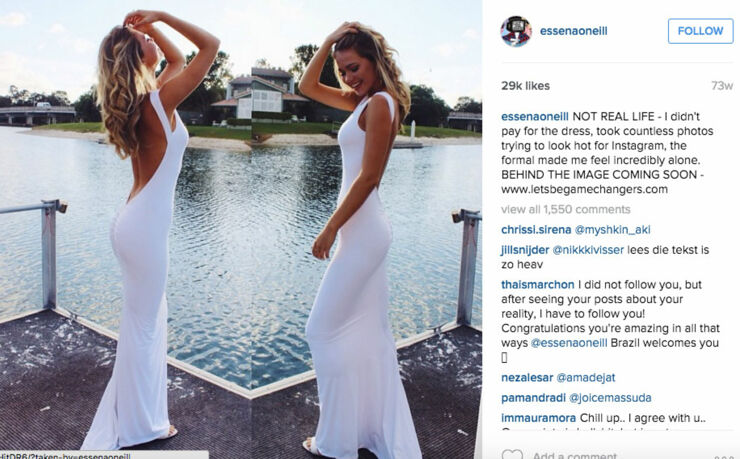