There's always a little bit of trepidation when leaving your kids with a babysitter, but one thing you don't expect to happen is for them to be involved in a bank robbery. A bank robbery instigated by the damn babysitter.

28-year-old Rachel Einspahr was looking after two children when she decided to make the kids useful ("it'll be fun kids, just don't tell mommy and daddy when they get home"). So Einspahr drove up to a service window on local bank Colorado East Bank & Trust in Severance, CO. and passed the teller a note.

The note, delivered through a vacuum tube at the drive-thru lane, said there was guy was in the car with a gun who threatening to hurt the kids if the teller didn't hand over some crisp $100 and $50 bills. "Do not sound the alarm, the man in the very back wants $100’s and $50’s … no dye packs or trackers … he has a gun on my kids." it read. So the teller handed over $500 believing the kids were going to come to harm.

Einspahr was later captured when the sheriff's office arrested her after spotting her black SUV parked up near where the robbery took place. They said there was no man in the car with her and the children were unharmed.

She's now being charged with child abuse and robbery and will also no doubt be hence forth known as WORST. BABYSITTER. EVER.

Einspahr reportedly told press that she robbed the bank because she needed money to pay restitution in a separate criminal case where she was charged with 30 counts of forgery and theft.

Not really the perfect credentials for a babysitter.

Although, when those kids are older you just know they're going to be telling their buddies that they were once involved in a bank robbery, albeit without their wishes. 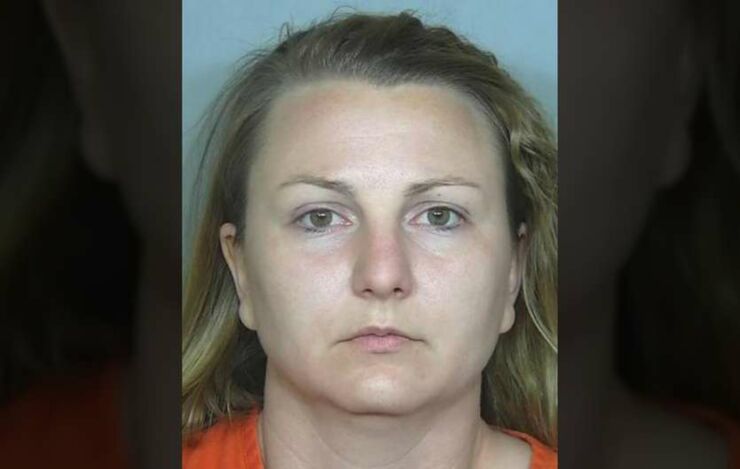