This is a shocking example of 'NOPE!' - Sometimes a situation arises where you know that 'killing it with fire' isn't enough and even 'taking off and nuking it from orbit' might not do the job, but that's only in highly unusual circaumstances. This Baltimore building IS one of those circumstances.

So if you have any grievances about the odd spider in your workplace, then they will disappear after seeing the horror that lives in this building which the Baltimore Wastewater Treatment Plant occupies—and people have to actually work at. Yes, i sh#t you not! Be very afraid.

A large area of the building is covered by a 4-acre spider web, home to around 107 million spiders according to estimates by entomologists and arachnologists.

The scientists were so astounded by this utter horror story that they wrote about it in the journal American Entomologist.

We were unprepared for the sheer scale of the spider population and the extraordinary masses of both three dimensional and sheet-like webbing that blanketed much of the facility’s cavernous interior. Far greater in magnitude than any previously recorded aggregation of orb-weavers, the visual impact of the spectacle was nothing less than astonishing.

In places where the plant workers had swept aside the webbing to access equipment, the silk lay piled on the floor in rope-like clumps as thick as a fire hose (via). 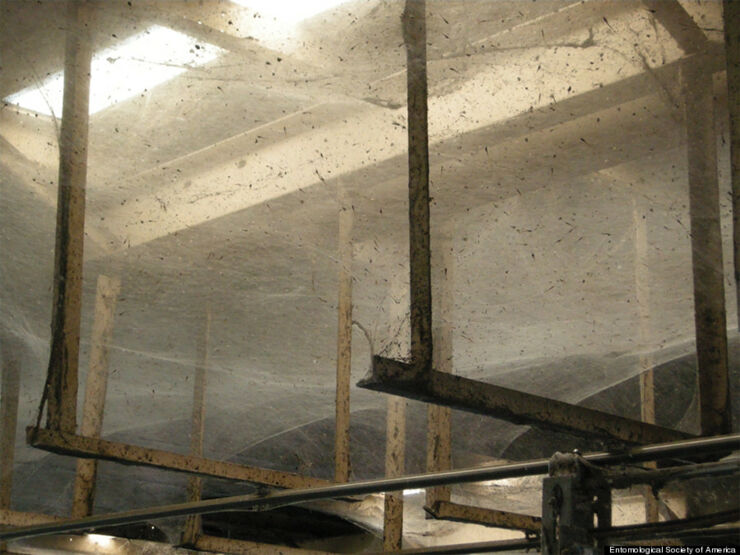 *shivers uncontrollably* It's enough to make you never sleep again. And just to add some more nightmare fuel to the bonfire of your eternal wakefulness, in some parts of the plant 95% of the space was filled with spider web.

And so incredibly abundant and powerful was the webbing that it pulled out 8-foot long fluorescent light fixtures. The only sane response is to nuke it from space. Repeatedly. Surely? 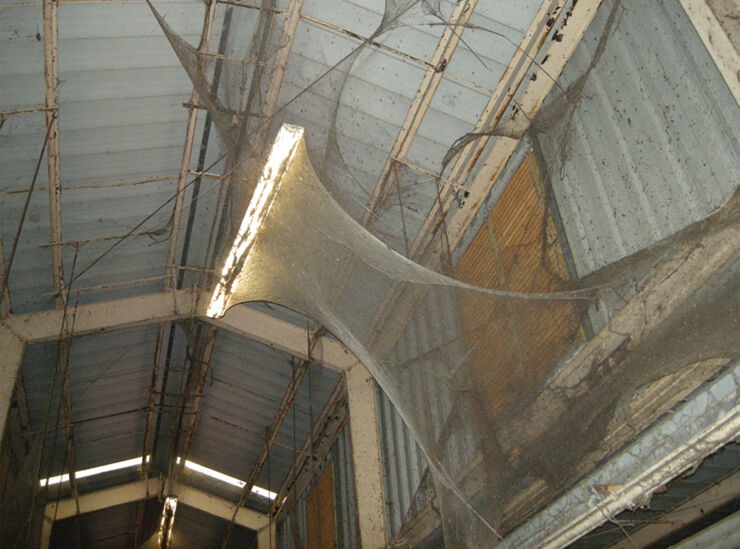 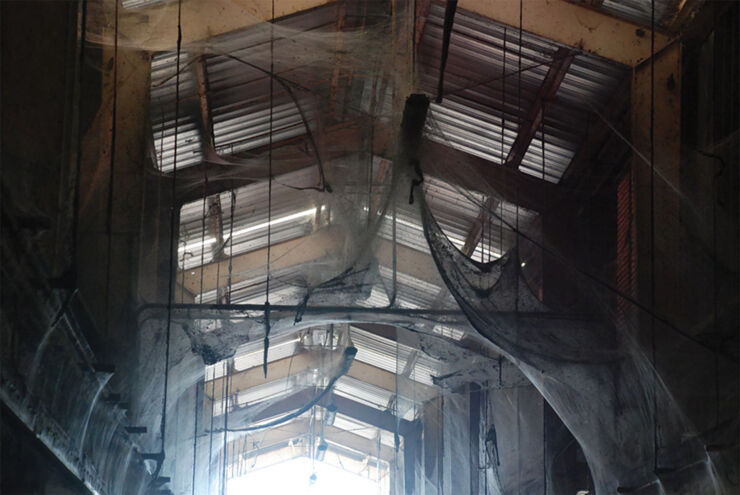 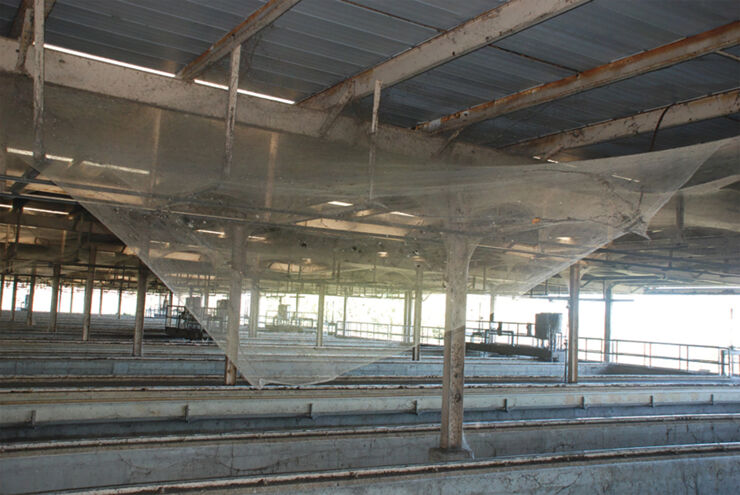 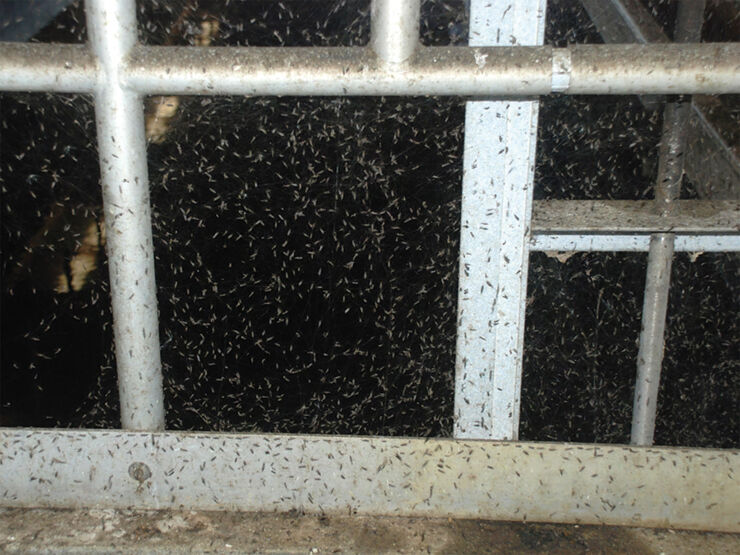 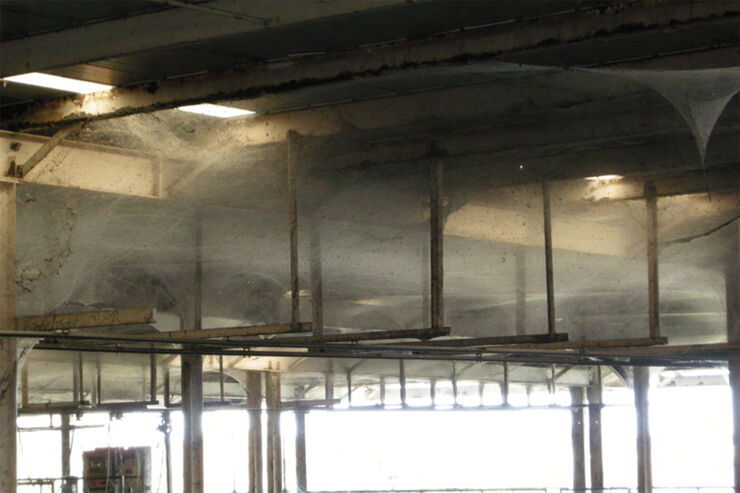 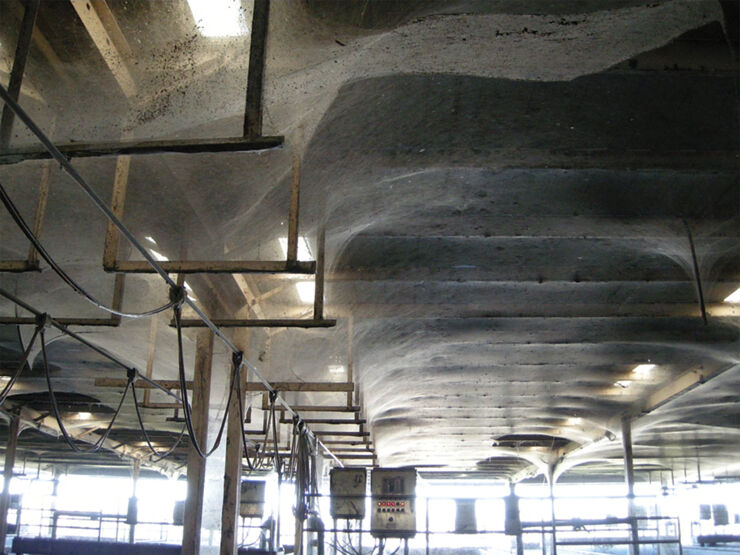