It's one of the most well-known stages in the evolution of life on this planet that at some point in our distant past, about 375 million years ago actually, life emerged from the sea to walk on land— turning from fish that swim to vertebrates that walk.

How exactly this key stage happened is still a bit of a mystery, but researchers have discovered a cavefish known as Cryptotora thamicola which could help us understand more. The fish, which lives in caves in Thailandm has some unusual anatomical features which allow it to walk and climb about on waterfalls in a similar way to tetrapods, or four-legged animals.

This ability is not known to exist in any other living fish and gives scientists a chance to study how the anatomy which allows a species to walk on land evolved from fins to legs and feet. Because the cavefish has both the features of a fish along with those associated with our early land-walking ancestors, like a pelvis.

The research has been published in a report called "Tetrapod-like pelvic girdle in a walking cavefish" by Brooke E. Flammang, Daphne Soares, Julie Markiewicz and Apinun Suvarnaraksha.

In the report Flammang says about Cryptotora thamicola's unique features, "It possesses morphological features that have previously only been attributed to tetrapods. The pelvis and vertebral column of this fish allow it to support its body weight against gravity and provide large sites for muscle attachment for walking. This research gives us insight into the plasticity of the fish body plan and the convergent morphological features that were seen in the evolution of tetrapods."

Further study of the fish should hopefully give the scientists ideas about how fish begun to walk on land. 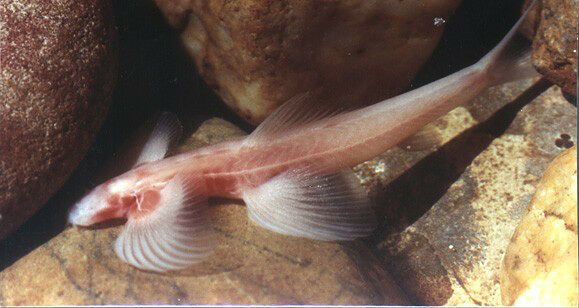 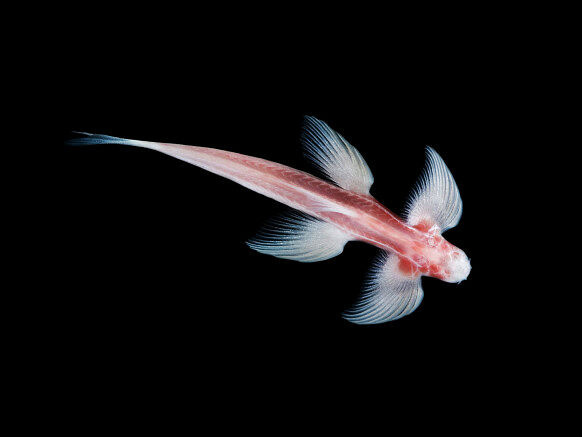 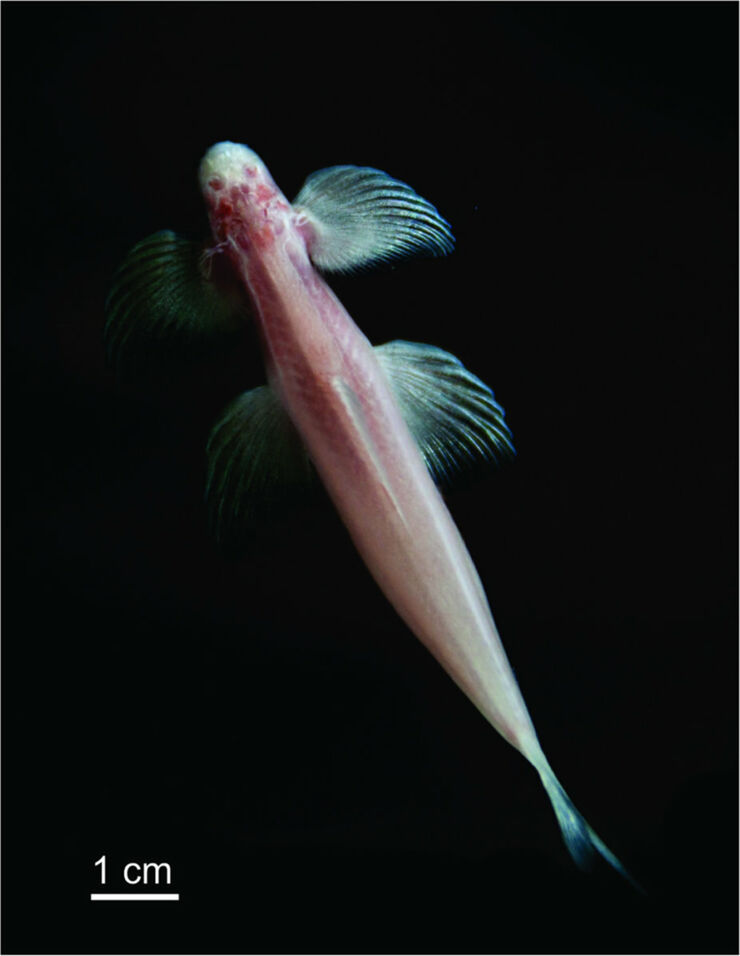