If you're having any kind of bad day or bad start to your year, the footage of Blade the tortoise rolling along towards some lettuce on a LEGO wheelchair should set you straight.

Poor little Blade couldn't support his own body weight due to a growth disorder that made his limbs weak.

But help was at hand when his owner took him to veterinarian Dr. Carsten Plischke, who called on the power of LEGO to save this maligned reptile.

Dr Plischke was obviously taking inspiration from The Six Million Dollar Man's famous slogan, "We can rebuild him. We have the technology. We can make him better than he was. Better, stronger, faster."

Using his son's LEGO pieces Dr. Plischke concocted a simple yet completely awesome LEGO wheelchair which he stuck to Blade's underside and then the little guy was able to crawl toward all the lettuce he could eat.

If there's a new LEGO Movie coming out anytime soon, Blade definitely needs a cameo in it. 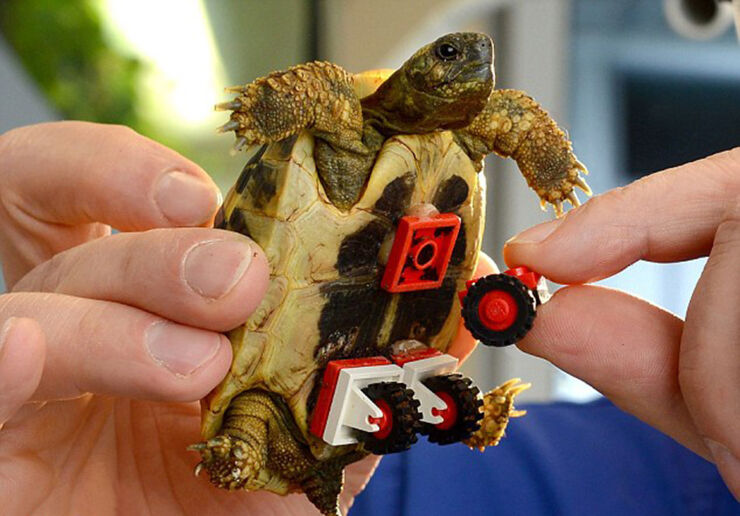 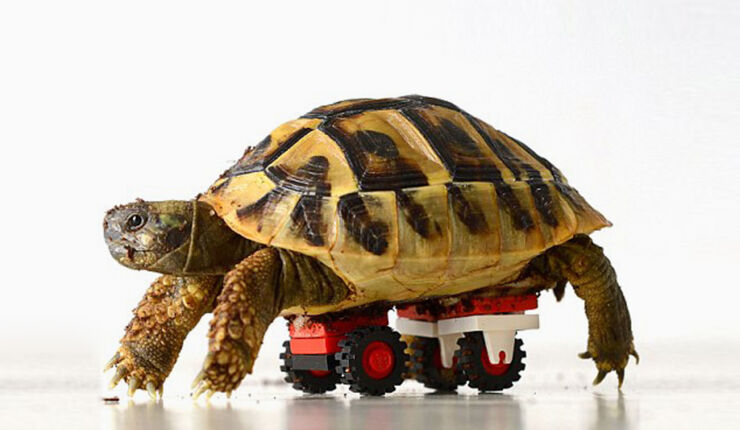 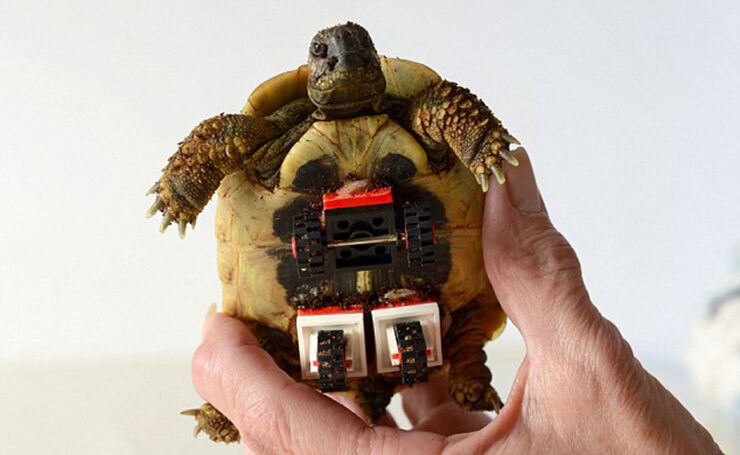