The Syrian Civil War has ravaged the country's largest city Aleppo. The battle taking place there started back on 19 July 2012 and has torn the city apart, turning much of it into rubble and forcing many of its former residents to flee.

Many of those residents had pets, pet cats, which were left behind as their owners were forced to save themselves from the fighting. There are a few people who remain though, and one of those is Mohammad Alaa Jaleel or “the cat man of Aleppo” who cares for the hundreds of abandoned and stray cats in the city.

The cats were either given to him by the owners, as he was known to love cats, or they came to him, probably sensing that he was a cat man and no doubt seeing all the other cats with him.

At first he had about 20 to 30 cats, but after about a year the numbers had risen to over a hundred. Jaleel and some other volunteers look after the cats in a small walled sanctuary. As all his friends have left, he says the cats are his friends now and he'll remain behind with them no matter what.

As well as for the cats benefit, he also tells a touching story of how it benefits the former owners too. He talks about little girl whose family fled to Turkey. She handed Jaleel her cat who she'd raised since it was a kitten. She was heartbroken to leave it but couldn't take it with her. Jaleel now sends her regular photos of the animal, as she misses it dearly.

"Please promise to return my cat back to me when we come back." she tells him. And there it is, among the chaos and brutality of the war, the hope remains that one day it will be over and things will start to return to normal. You hope that happens before there's nothing left to return to. 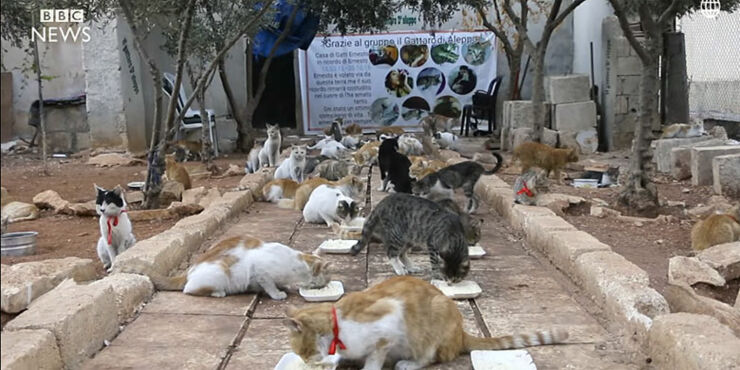 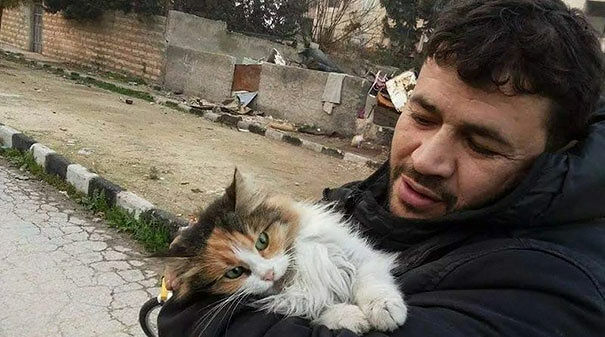 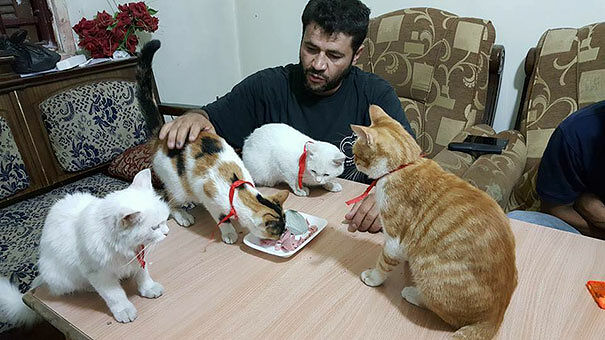 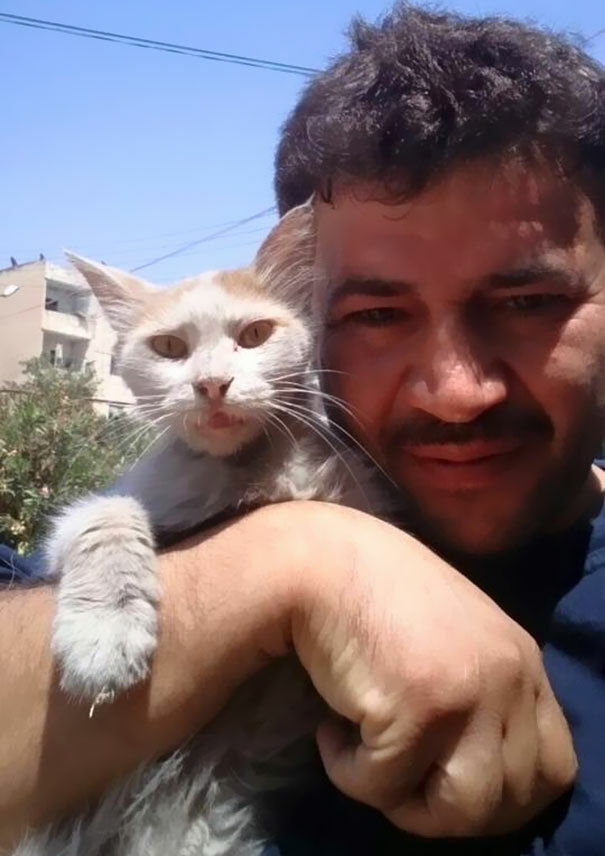 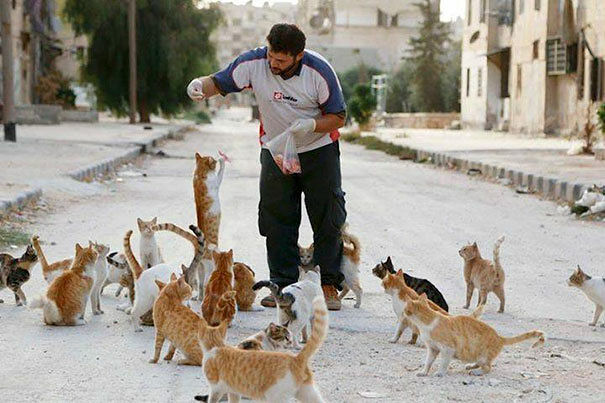 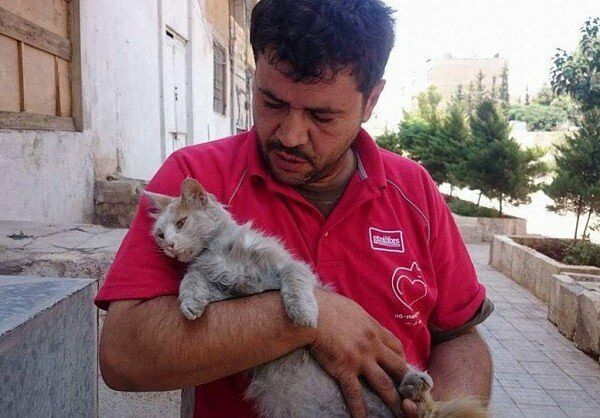 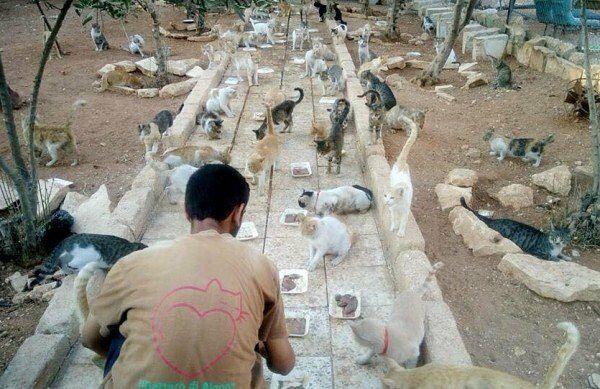 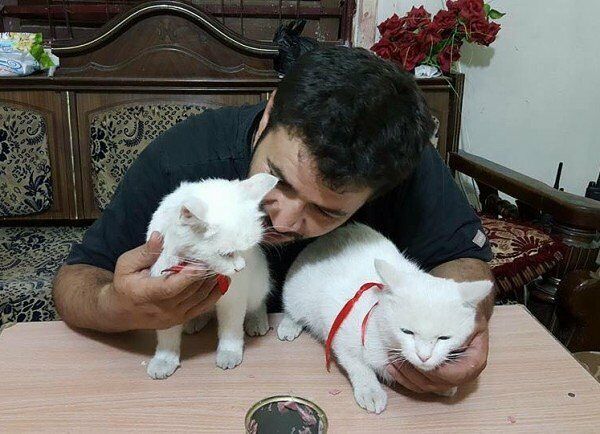