You don't really expect dogs and cats to be friends, but sometimes rules are there to be broken. And so it goes with 6-year-old rescue pit bull Bubba, who's taken a liking to felines ever since his owner Rebecca Pizzello brought him home from a shelter in Phoenix, Arizona and he took to her roommate's kittens.

That was many years ago and now, after all that time, Bubba has a kitten buddy all his own. Pizzello adopted a rescue kitten, Rue, after she moved to New York City from L.A. recently—and the minute she brought her home Bubba was hooked.

"Rue stood out like no other and I took her home as fast as I could," Pizzello told The Dodo. "The fact that Bubba and Rue have identical coloring still blows my mind … I knew Bubba would be filled with joy the second we walked in the door and boy was I right."

The pair now sleep snuggled up together and Bubba looks out for his new little sister, even if she is a different species. He even bathes her and the pair are never apart.

They even have their own Instagram account where you can coo over pictures of them looking adorable together.

Check out some pics of them below. 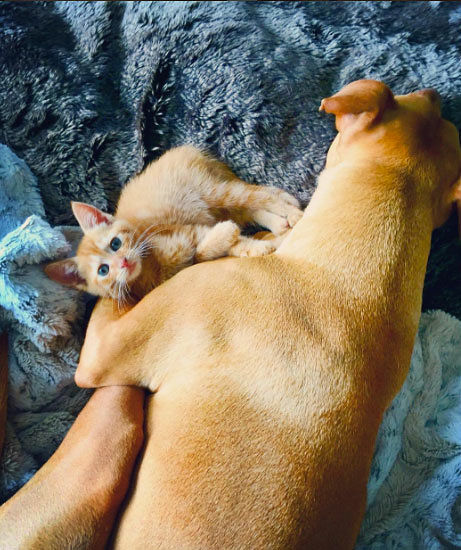 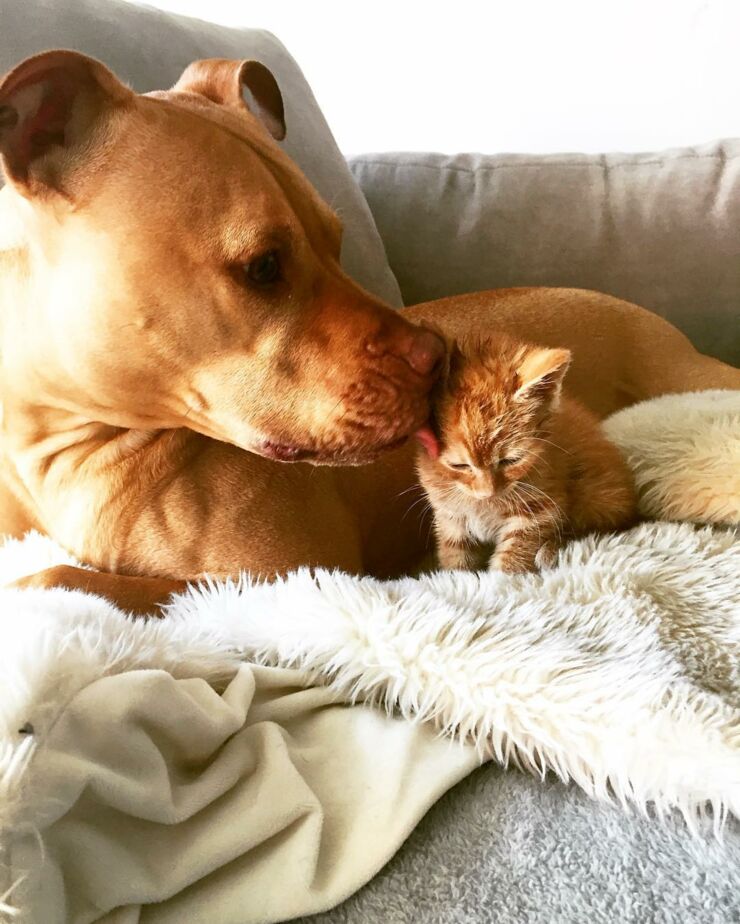 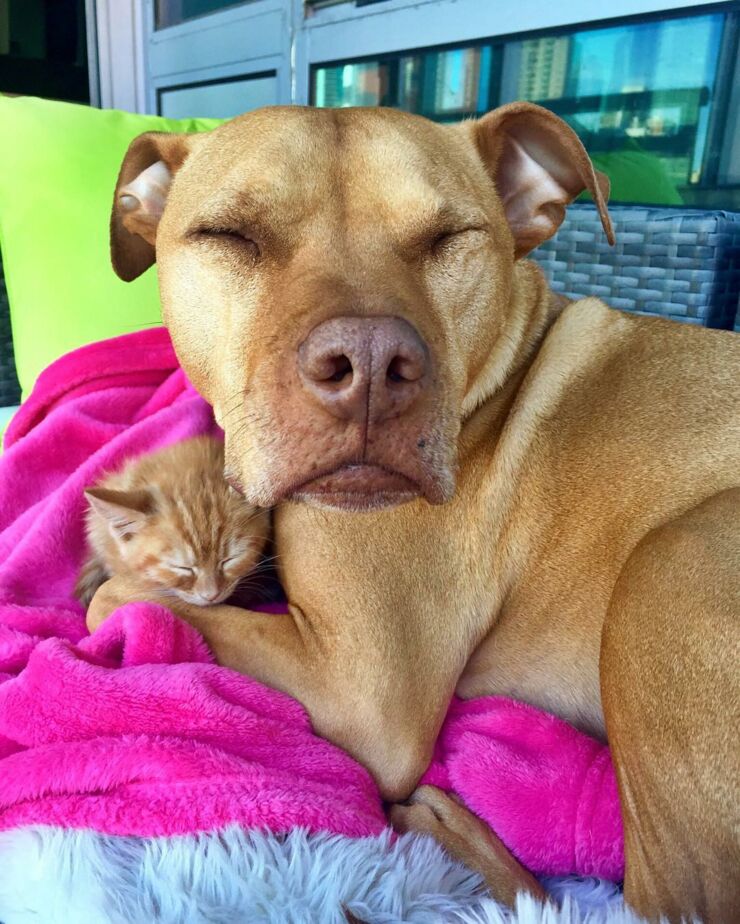 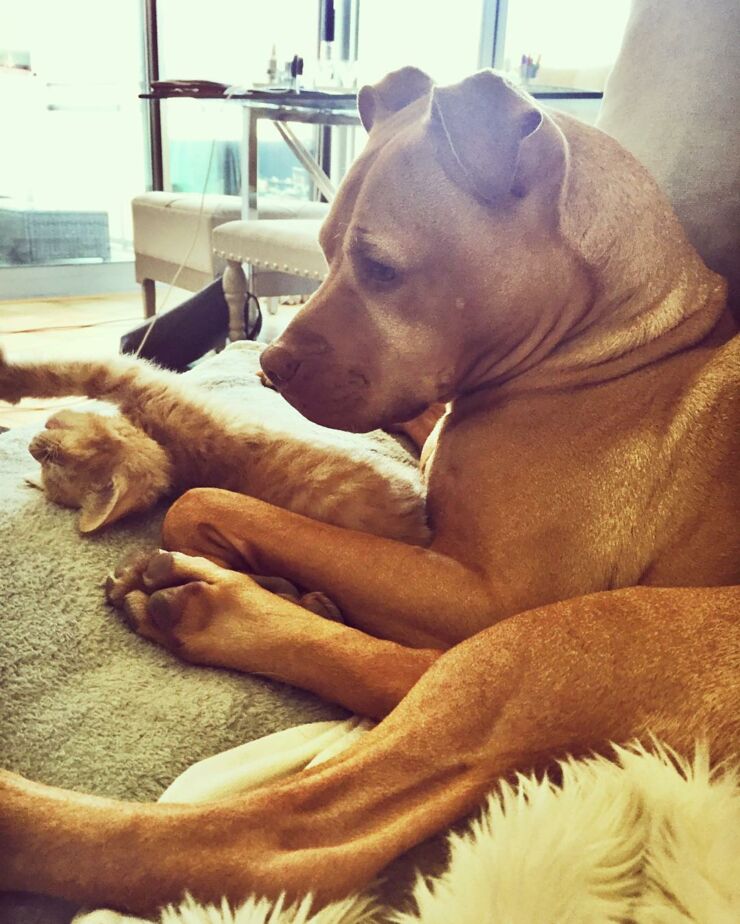 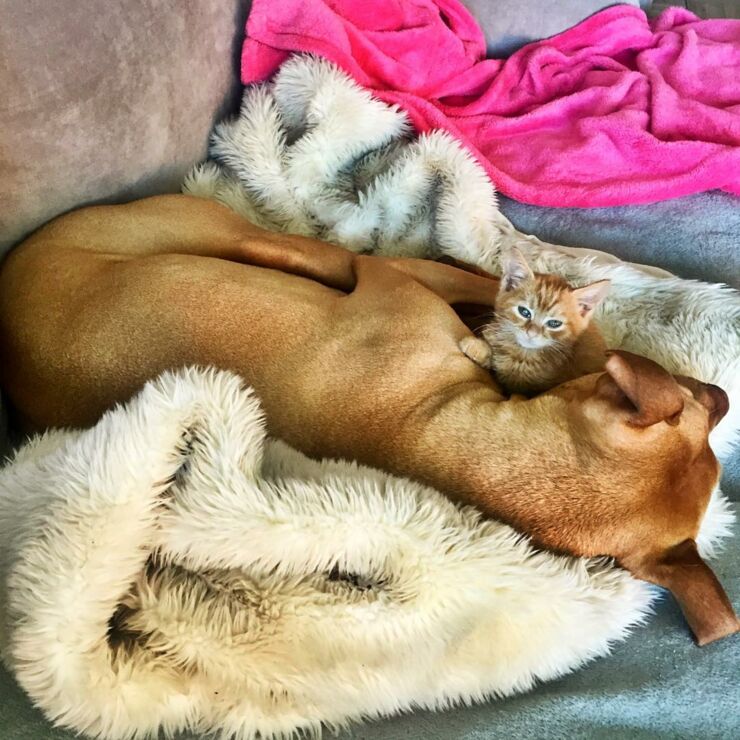 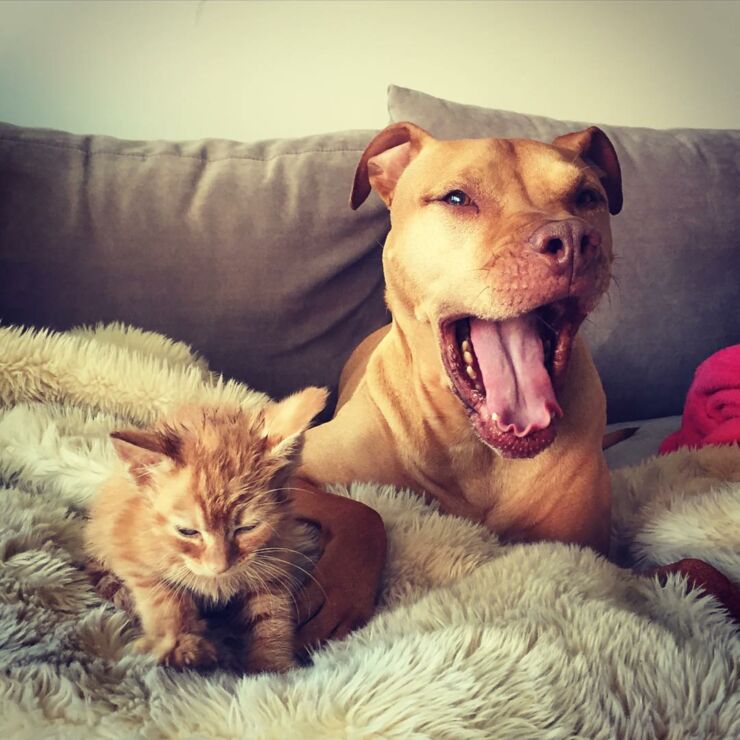 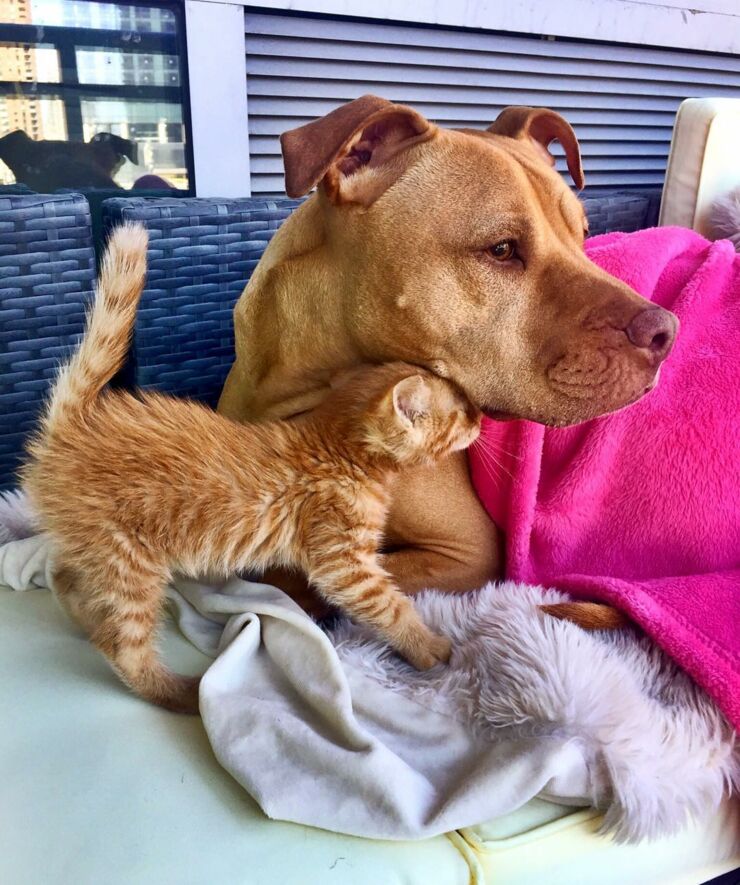 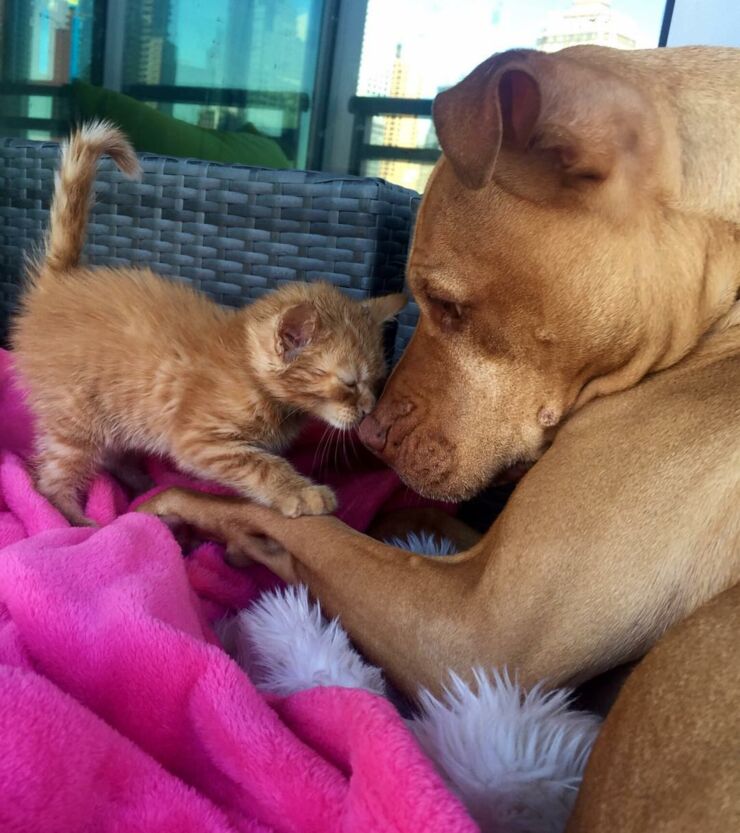 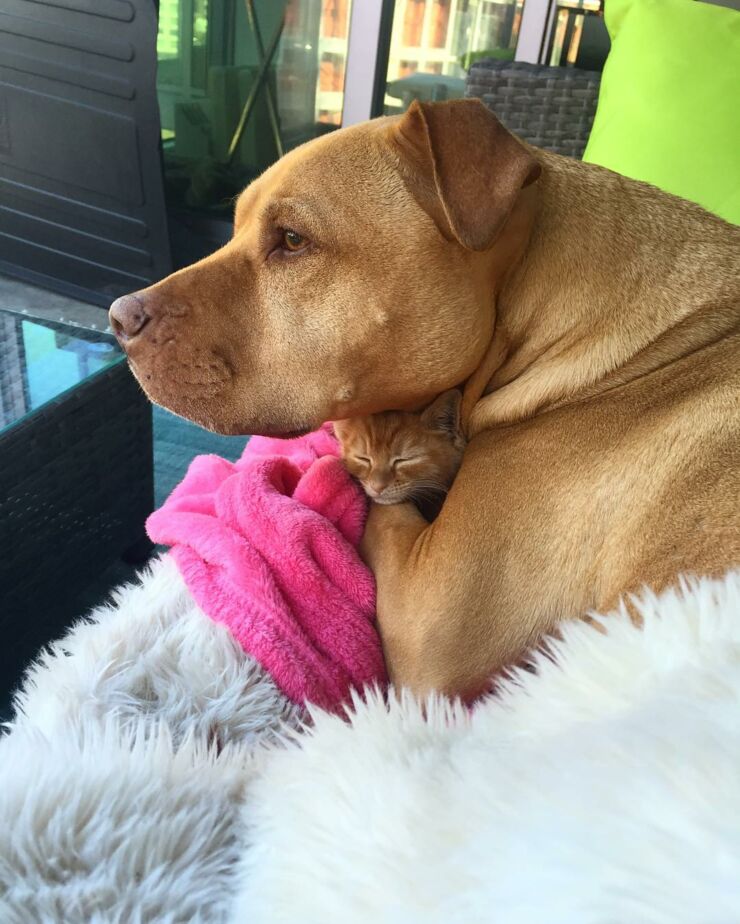 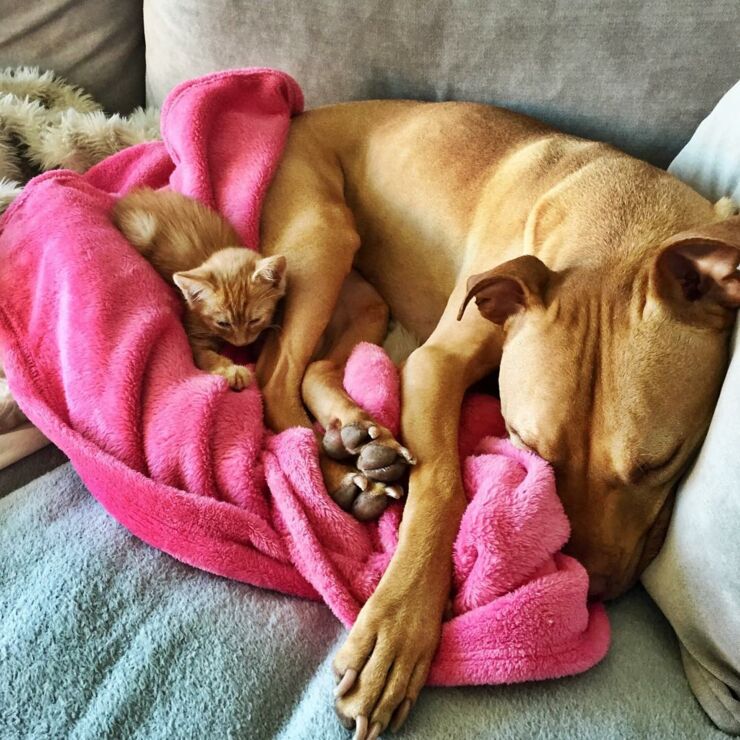 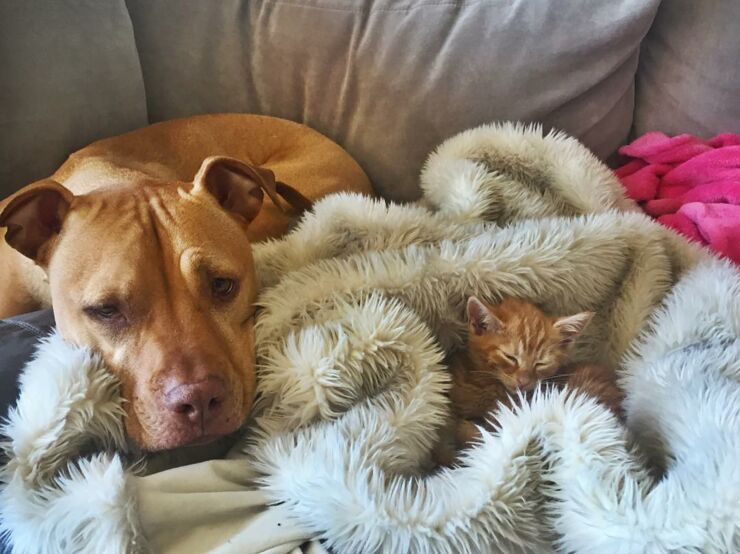 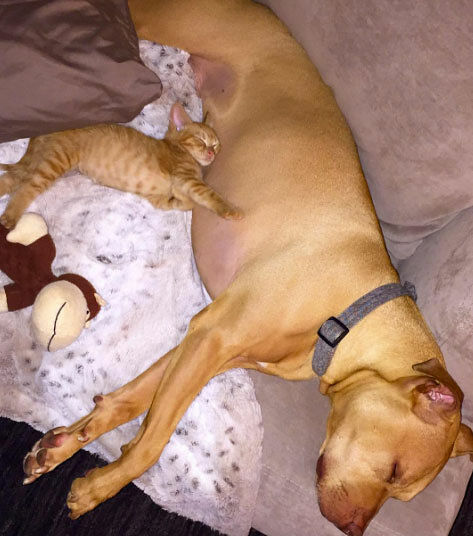 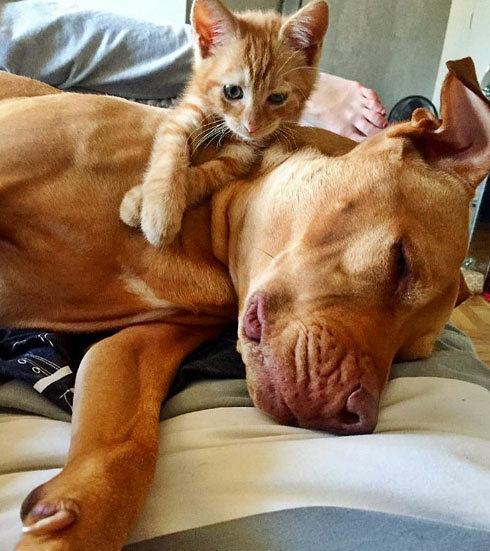 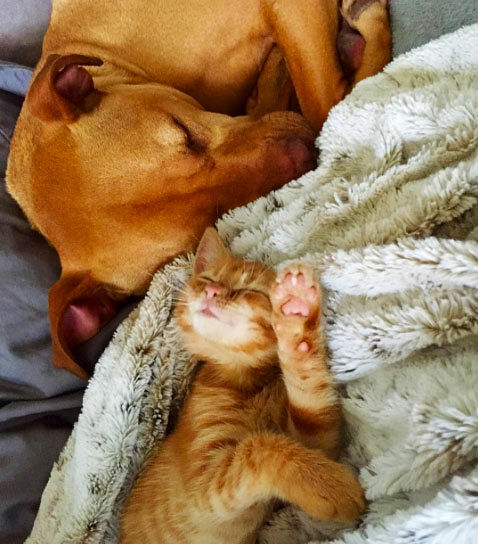 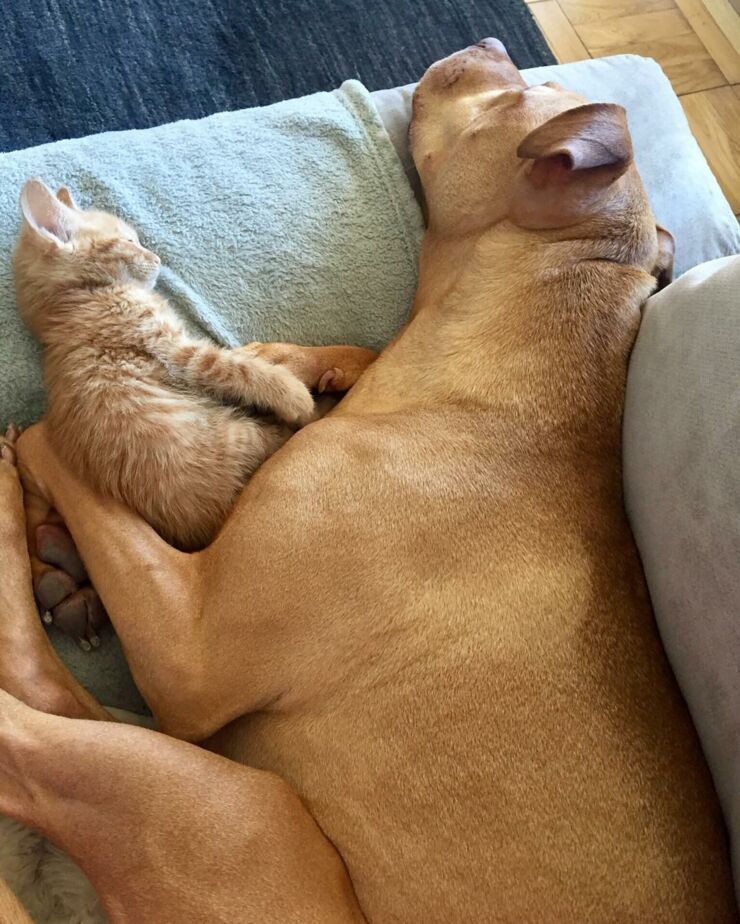