Gavin Seim is an activist and "dynamic liberty speaker" who has some rather large cajones, because he thinks nothing of stopping a Grant County WA deputy who's driving an unmarked car and calling him out on it. "You're not allowed to have patrol cars that are unmarked. Are you aware of that under Washington State RCW?" he states.

The cop's reply: "I'd have to look it up." Yup. Seim then asks to see some ID and reiterates that the deputy is breaking state law. The cop seems to be OK with it, nodding along but towards the end you can see he's just seething and hating the whole scenario.

Seim details more of what happened on his blog under the title "So I made this traffic stop today…":

Ordinary looking unmarked police cars slink around and entrap, so they can write folks up (read tax) for petty faults. That’s not protecting. As my brother Blake says, “serve and protect, not harass and collect.” — But this is also a major safety issue. Unmarked vehicles are a ripe opportunity for confusion in a citizens reaction and for criminals to impersonate lawful authority to get people to stop (via).

In an update to the post he says the sheriff is now getting the cars marked, "But its seems it’s only because we called him out." notes Seim. 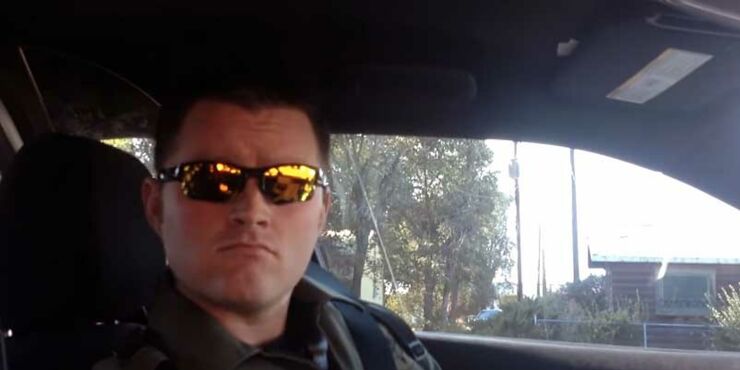