No matter what we think we know about the ocean, we know nothing! At least, that's what it seems like when scientists keep finding weird, glittering deep sea creatures that can often look like glowing nightmare fuel.

The latest discovery is called a siphonophore and was spotted by the cameras aboard the Hercules ROV (Remotely Operated Vehicle)—which is part of the Nautilus Live expedition—while exploring the sea bed in the Gulf of Mexico.

The freaky, alien-looking creature is purple in color, possibly because of all the fish it eats, and is a very rare find—even the hardened explorers of Nautilus Live were astounded by it, as you'll hear in the video.

Here's what they say about it:

This beautiful colonial organism drifted past Hercules' cameras, and we followed it for as long as we could keep track. They are made up of many smaller animals called zooids, and can be found floating around the pelagic zone in ocean basins around the world. One famous siphonophore species is the deadly Portugese Man O' War.

So yeah, even though it looks like one animal, it's a colony of thousands of smaller animals all hitching a ride together—and they could sting the heck out of you too. KILL IT WITH FIRE. Just kidding. 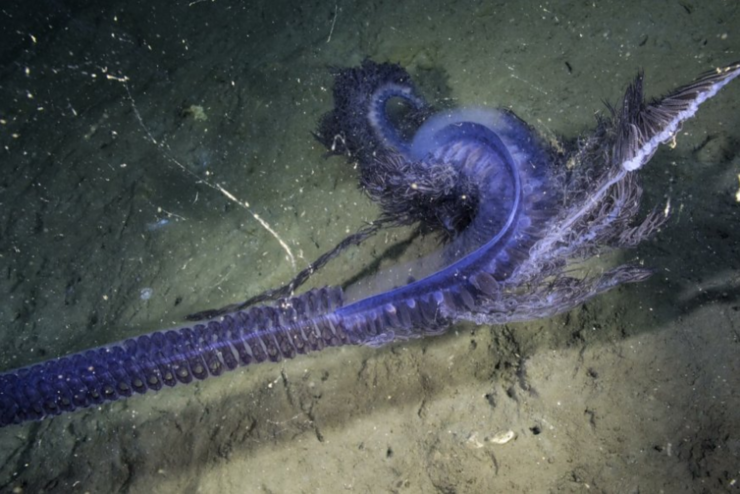 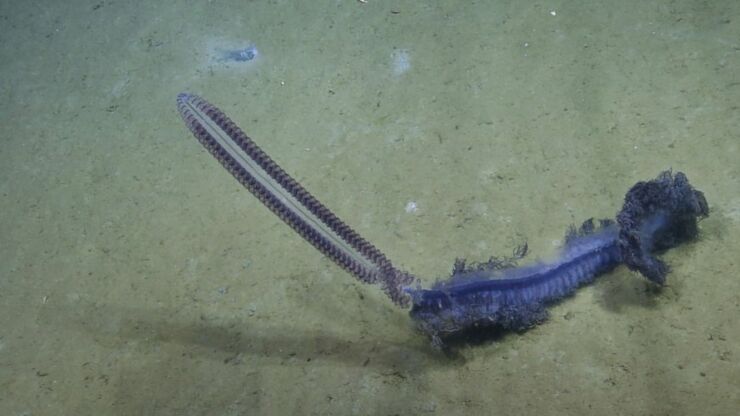 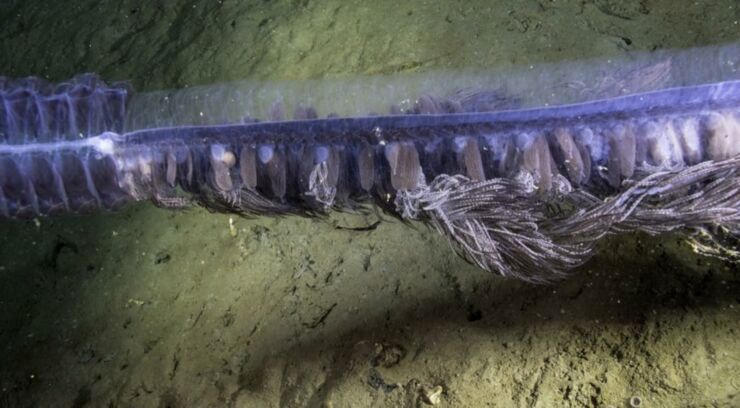 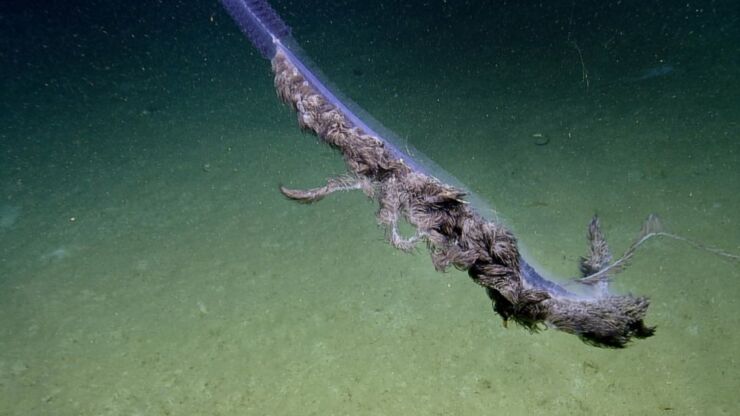 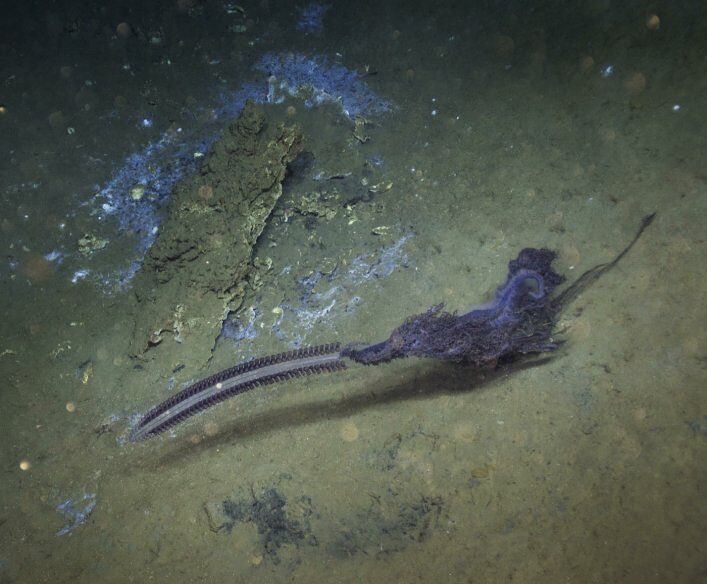