For anyone who is a loving dog owner the idea of abandoning your beloved pet in the middle of a forest and leaving it there alone and confused and forced to fend for itself must rate as something totally horrific. But it does happen and it's something that cannot be ignored.

It seems the French don't mess around when it comes to delivering hard-hitting messages about the country's growing problem of abandoned dogs.

It seems that pet owners in France have taken to leaving their animals in the woods or in parks, abandoning them in remote places because they no longer want to take care of them.

To address this Foundation 30 Million D'Amis have made this video purposely over the top and very dramatic. Its message, while extreme, is designed to make people hesitate before they decide to dump their pet and let it be someone else's problem. And it doesn't pull any punches when it comes to getting their message across.

It's still pretty messed up though.

But what it does do well is illustrate how a dog's loyalty is unconditional when it comes to his owner, while his owner would rather shirk his responsibilities in a gutless act of selfishness. It's a total tear-jerker.

It's been released now because in the summer is when the dumping of pets reaches its zenith, as people tend to take them away on vacation and then leave them behind. Harsh.

Hopefully this PSA will at least make a few people think twice before doing so. 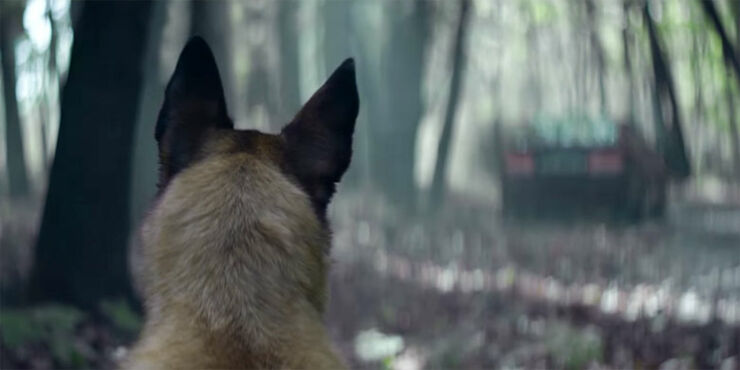