If you're a fan of the Evil Dead movies by Sam Raimi starring the greatest actor of all time Bruce Campbell, then rejoice. Hail to the king, baby because cable channel Starz has issued a press release saying they've greenlit a new TV show called Ash Vs. Evil Dead.

The 10 episode series will use the original filmmaking team of director Sam Raimi, actor Bruce Campbell and producer Rob Tapert.

Here's what the press release mentions concerning the plot:

Bruce Campbell will be reprising his role as Ash, the stock boy, aging lothario and chainsaw-handed monster hunter who has spent the last 30 years avoiding responsibility, maturity and the terrors of the Evil Dead. When a Deadite plague threatens to destroy all of mankind, Ash is finally forced to face his demons—personal and literal. Destiny, it turns out, has no plans to release the unlikely hero from its “Evil” grip. 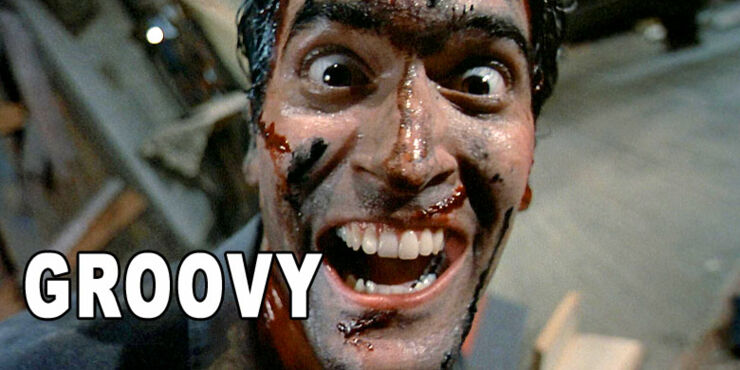 And there's encouraging words from Raimi.

“Evil Dead has always been a blast. Bruce, Rob and I are thrilled to have the opportunity to tell the next chapter in Ash’s lame, but heroic saga. With his chainsaw arm and his ‘boomstick,’ Ash is back to kick some monster butt. And brother, this time there’s a truckload of it,” said Sam Raimi.

Spread the word - Ash is back!

The series is due to air on Starz in 2015. There's really only one appropriate response to this incredible news. Take it away, Ash.