Once they were rivals but now the world, and they, have moved on. Moved on to do impressions of the other on The Tonight Show Starring Jimmy Fallon. All these years Christina Aguilera has been harboring a secret: a kickass Britney Spears impression.

The secret was revealed when Jimmy challenged Christina to a game of Wheel of Musical Impressions where Christina had to imitate Cher doing the Folger's Coffee jingle and Britney Spears singing "Three Little Pigs," among others.

Both impressions were good (as was Christina's Shakira), but the Spears one was the stand out. Jimmy was so impressed he gave her a standing ovation. 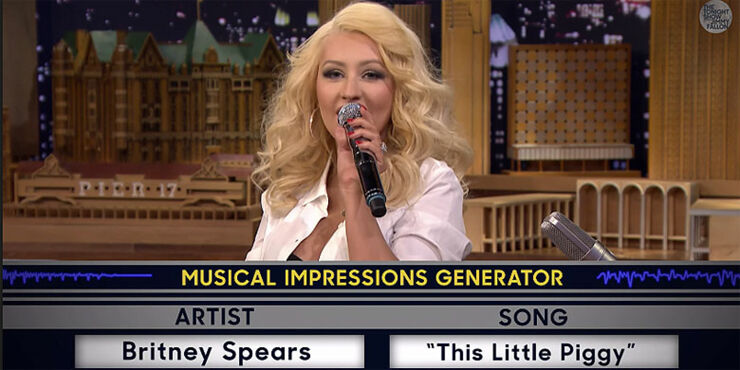