Just last week the Oculus Rift went on preorder for the public, which means virtual reality is coming. Everyone might not be able to afford the Rift's price tag, but like all new tech it will eventually come down in price. Plus, the Oculus might not even be the breakthrough VR gadget anyway.

As you can imagine he seems to find the whole thing kinda weird and he can't help but laugh at what he's experiencing. 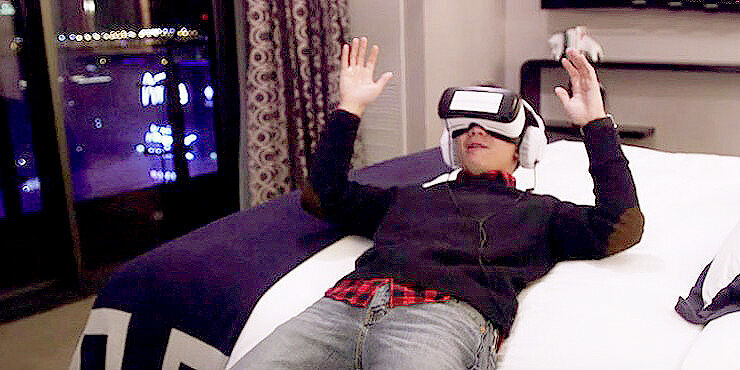