Earlier this month at the Satanic Temple of Detroit a 9ft tall bronze statue dedicated to the Dark Lord was unveiled, depicting a goat-headed, winged demon known as Baphomet flanked by two children. Called The Unveiling by the temple, the statue is full of occult symbols and hundreds of people turned out to see it.

Naturally it's the kind of story the media, especially local media, will jump on, happy to stir up the controversy and play up the Satan angle. The Satanists, for their part, say that it's not just about Satanism, but religious freedom to worship whoever the heck they want. And, of course, an opportunity to troll some God-fearing Christians too.

Detroit's Local 4 News was there to talk with the Satanists and film the Christian protesters who were there to, well, protest the statue and declare it the end of all things.

Among the usual interviewees there's one particular guy, on the side of Beelzebub, who will strike a chord because he's particularly vocal. Look out for him, you can't really miss him.

If you think his response sounds too scripted, too rehearsed, well you're right. His segment is actually fake.

He inserted himself into the local news footage afterwards, editing it together so it looked like he was there, then uploaded the clip to the internet. His name is Onyx the Fortuitous and he's a character played by actor Andrew Bowser—and he's hilarious. 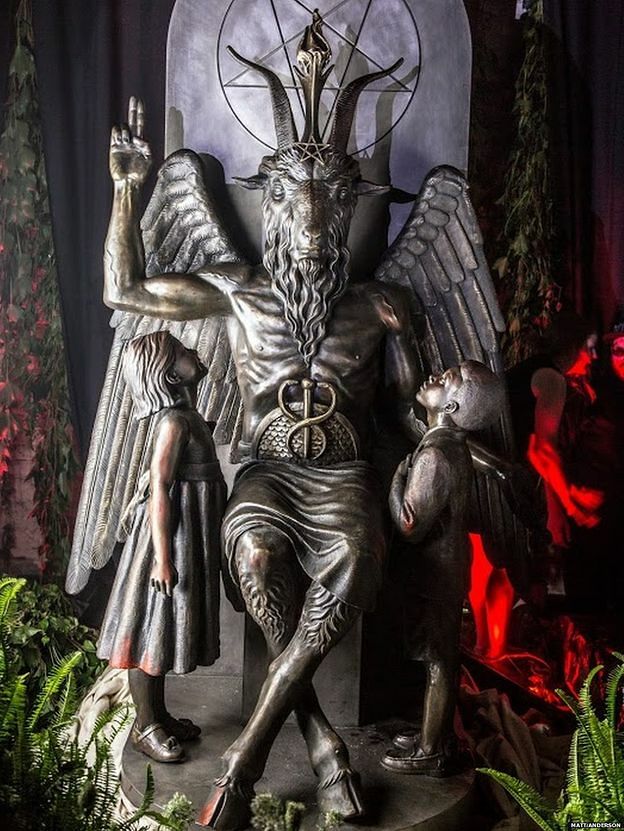