Pink Floyd anyone? Newly declassified audio reveals that Apollo 10 astronauts reported hearing some strange and unexplained "outer space-type music" while orbiting the far dark side of the moon in 1969.

The Apollo 10 mission was considered a "dress rehearsal" for the Apollo 11 moon landing, where equipment and techniques were tested. And the audio from their mission was featured in the Science Channel's "NASA's Unexplained Files" show (watch part one above).

While in lunar orbit as they passed round the far side of the moon they lose all radio contact with earth, and it's then that they hear the "weird music." "You hear that? That whistling sound?" says astronaut Eugene Cernan. "Sounds like—you know, outer space-type music." "I wonder what it is." says another astronaut John Young.

According to the show the conversation was transcribed by NASA and then buried in its archive until 2008 when it was released as a transcript. And now the actual audio has made its way into the public realm thanks to the Science Channel.

Lasting for about an hour, the astronauts were understandbly pretty freaked out by the weird noises and were undecided on whether to tell mission control back home.

"Shall we tell them about it?" they say. "I don't know. We ought to think about it."

So what the heck were those noises? Aliens? Pink Floyd rehearsing? According to the show, similar sounds have been picked up by the Kepler spacecraft as it flew near Saturn. These sounds, the Saturn sounds, were most likely caused by charged particles in Saturn's magnetic field, but this explanation can't explain the moon's noises as it doesn't have a magnetic field.

Instead NASA explain it away by saying that the radio signals from the two Apollo 10 vehicles, the Command Module and the Lunar Module, were interfering with each other as they were both on VHF.

Apollo 15 astronaut Al Worden has other ideas though. "The Apollo 10 crew was very used to the kind of noise that they should be hearing. Logic tells me that if there was something recorded on there, then there was something there," Worden says on the Science Channel program. "NASA would withhold information from the public if they thought it was in the public's best interest."

So, depending on whether you enjoy wearing a tin foil hat or not, they're still a mystery or it's just radio interference. Or, if you're a Pink Floyd fan, it was Pink Floyd. 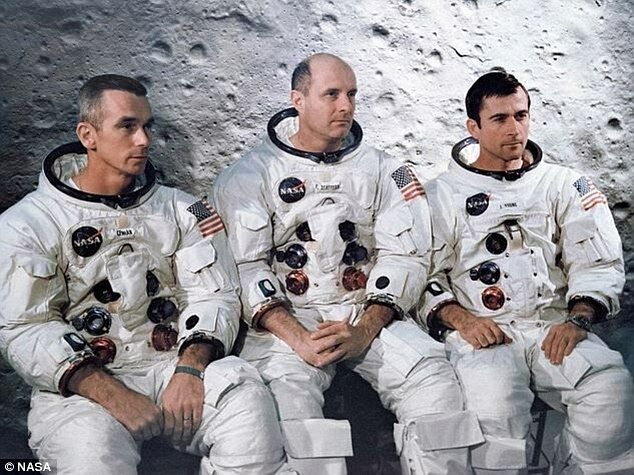 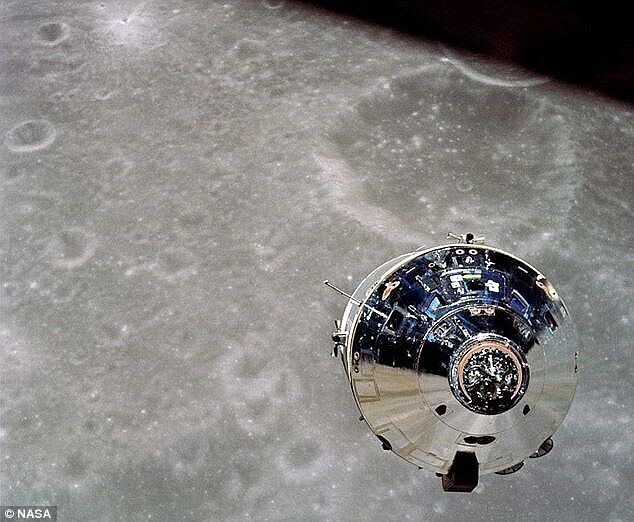 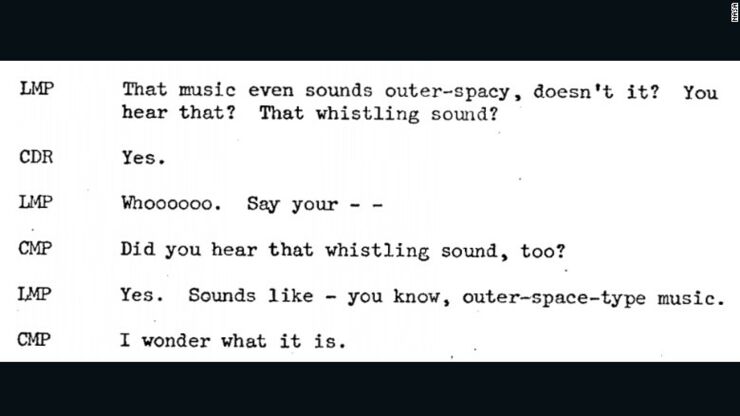 Transcript of part of the conversation