Brace yourself to be overcome with fondness for Tanu the tanuki, also called a raccoon dog because, well, it looks like a dog crossed with a raccoon—although it isn't one.

It's actually a type of wild dog/fox thing found in Japan which can grow up to two feet long and this one in particular has found internet fame after people discovered his owner's Twitter account.

@chibi_tori has been posting pictures of Tanu after adopting the little critter when he found him abandoned.

They're not usually kept as pets but Tanu seems to be loving his new found home. He spends a lot of time eating, he'll eat pretty much anything, and also enjoys sitting next to the stove to warm up. And a lot of time sleeping because it's winter and in the wild he'd be hibernating.

In the wild they mostly like to eat frogs, lizards, rodents, birds, seeds, fruits and sea creatures (if they live near the ocean), although cuddly Tanu seems to enjoy eating whatever his owner puts in front of him.

Just like a Raccoon or a family dog really.

Tanuki feature in Japanese folklore as mischievous and jolly animals, and they also feature as magic shape-shifting creatures in the Studio Ghibli animated movie Pom Poko.

They're basically your new favorite animal. 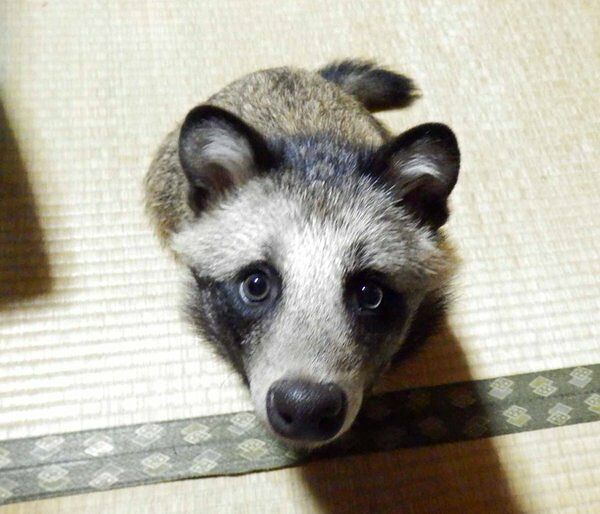 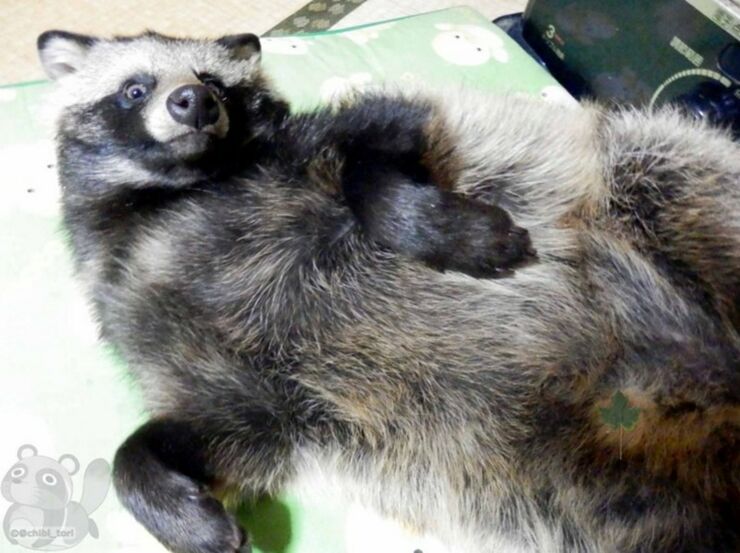 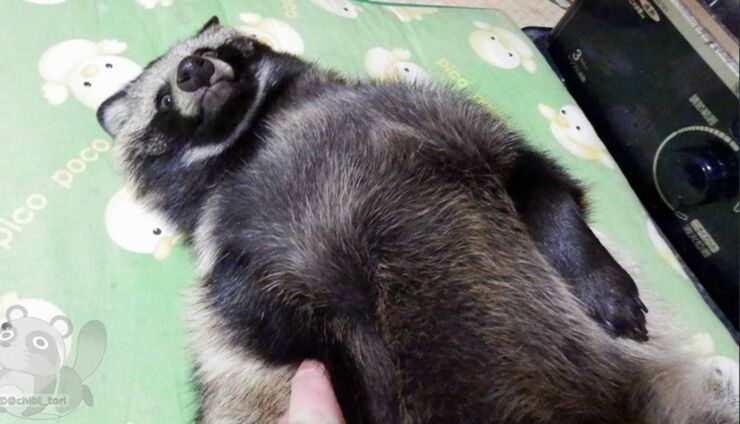 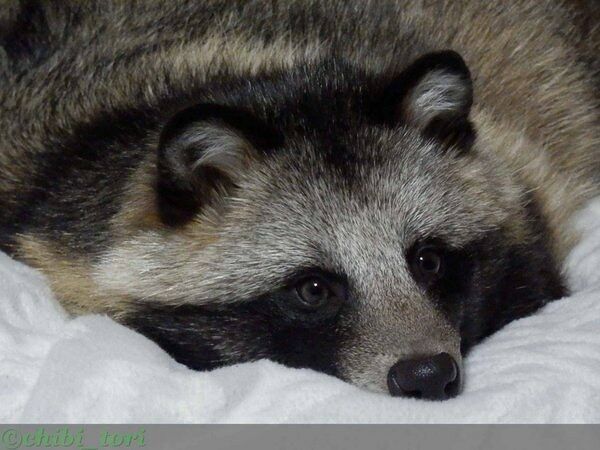 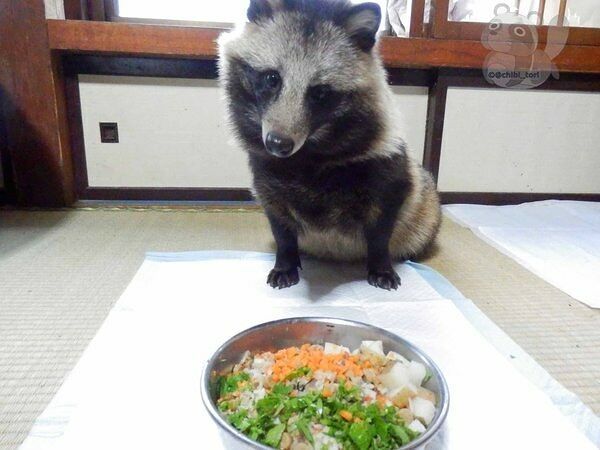 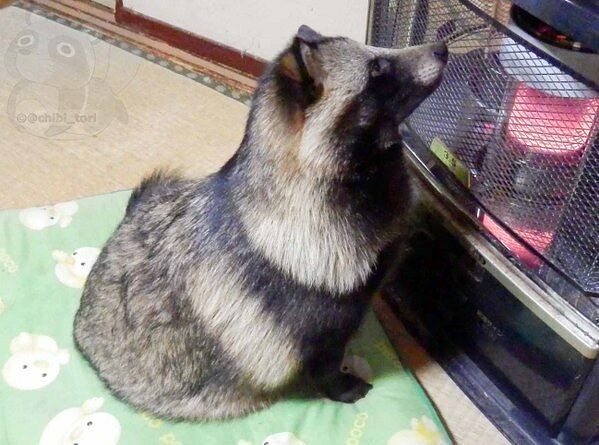 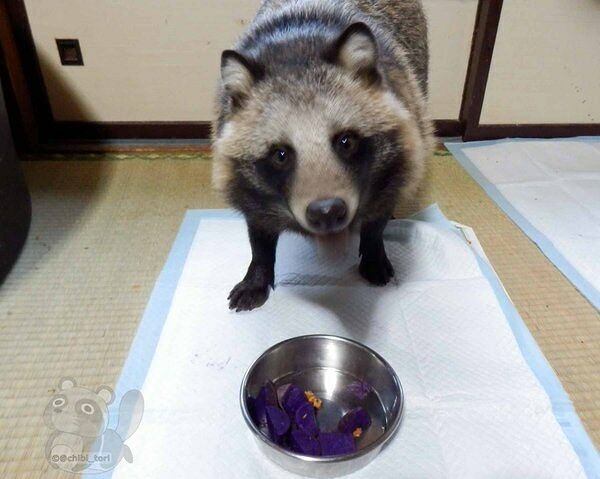 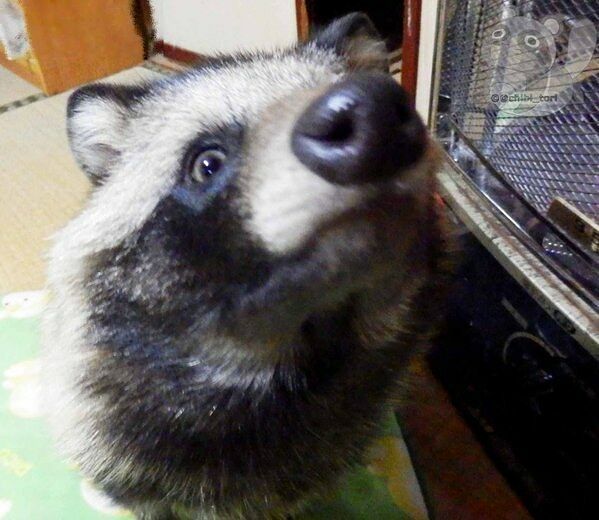 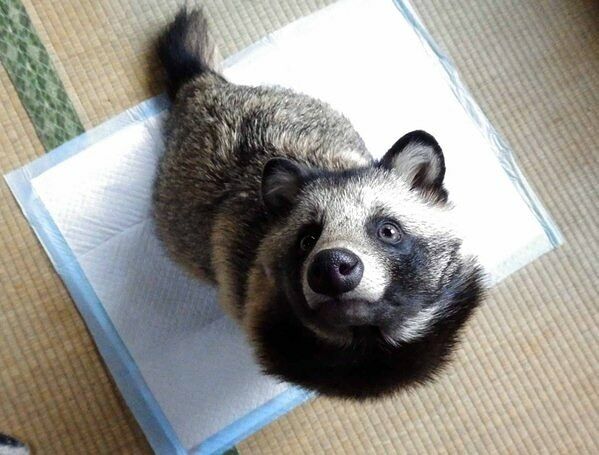 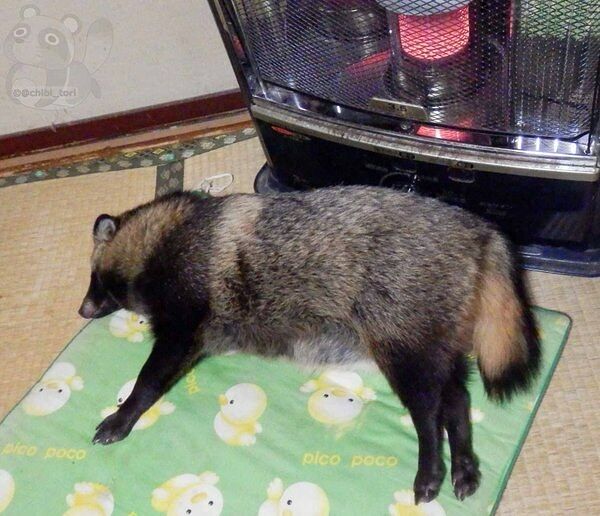 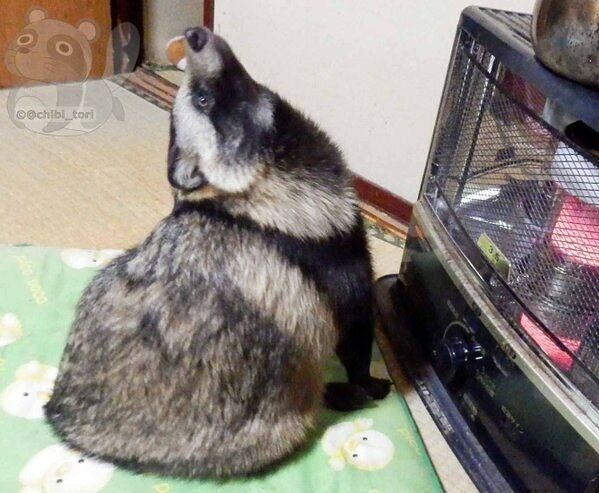 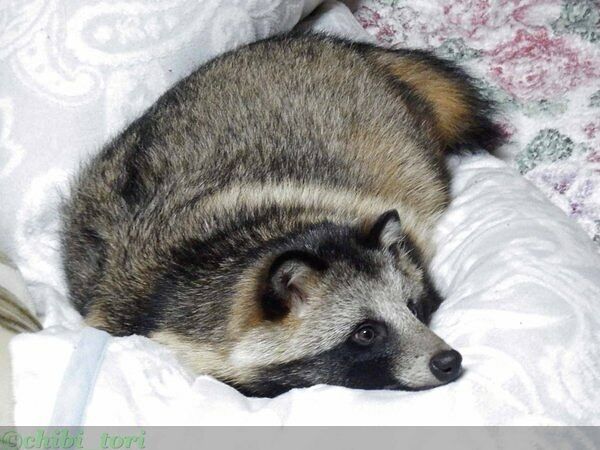 If you are still craving information on this cuddly animal then check out the video below with lots of facts about this very interesting canine named The Tanuki, or "raccoon dog"

It's a very fascinating animal, but unfortunately they are exploited for their fur in many ways, from being farmed to being reintroduced into areas for the purpose of hunting them.

Now many areas claim an over population of an animal that they themselves placed there.