Anyone who's pulled a wheelie before will know that doing it momentarily is easy. Holding the wheelie while moving is the real difficulty. But imagine trying to sustain a wheelie for 37 miles? That's what 12-time world champion trials rider Dougie Lampkin did recently.

Lampkin became the first man ever to wheelie around the 37.7 miles of the Isle of Man TT Course, taking on strong winds of up to 40mph as he navigated over 200 corners and climbed 1,385 ft (422m) on one wheel. He achieved this in one hour and 35 minutes.

Riders usually speed around the track at 200mph but due to being on just the one wheel Lampkin was traveling at a more leisurely 30 to 40mph.

The motorcyclist completed the lap on a specially modified bike, worked on by a team of engineers for over six months. They used a Vertigo Combat Ice Hell 300cc fuel injected single cylinder two-stroke as the base machine, modding the front brake and forks, gearbox, fuel Injection, fuel tank, rear shock, and rear brake.

"It wasn't over until a couple of metres from the end but that last couple of metres was just amazing," Lampkin told the BBC. "From the word go it was so intense. The strain on your arms, legs feet, neck and everything else was just unreal. Up to ten times I came close to dropping the bike and I thought I’d lost it twice. When you’ve lost your balance and your right leg comes off, you’re in massive trouble. I couldn’t rely on the rear brake at that speed.”

But he did it, and it didn't go unnoticed by his peers either. Many racing and motorcross sports stars, cyclists, and celebs tweeted their congrats. It was also live-streamed by Red Bull. You can check out some pics below.

Massive well done to Dougie for doing the TT course on one wheel, some achievement that and looked proper tough ??? #Redbull

What a legend. Congrats!

Nice work ?? That was edge of your seat stuff at home, can't imagine how it felt for you! Looked a tad windy on the mountain? 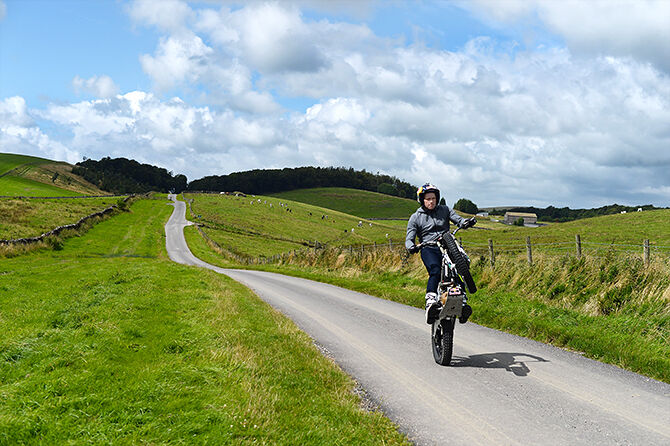 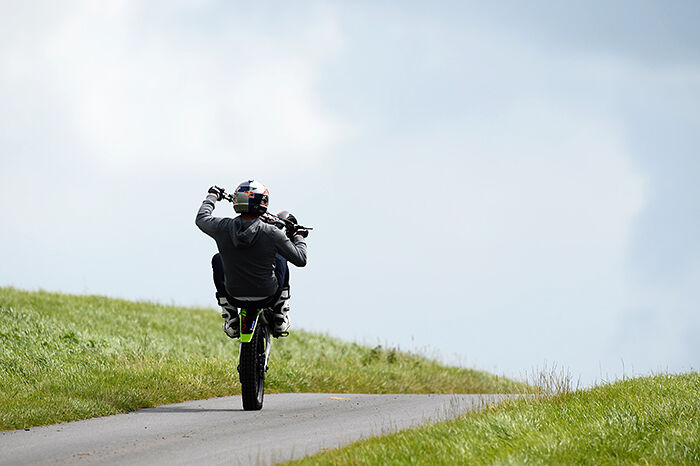 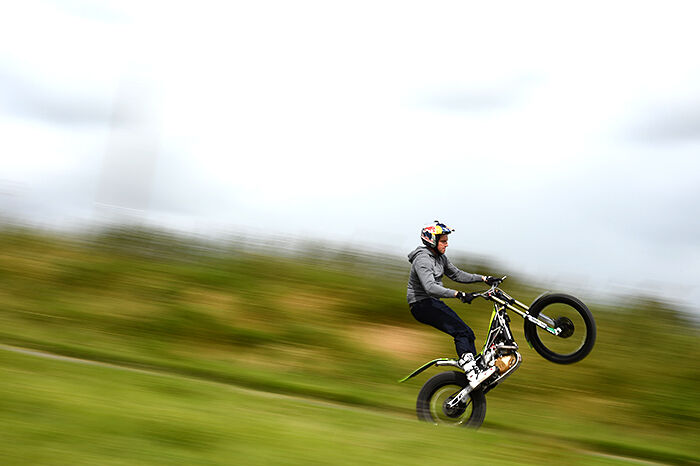 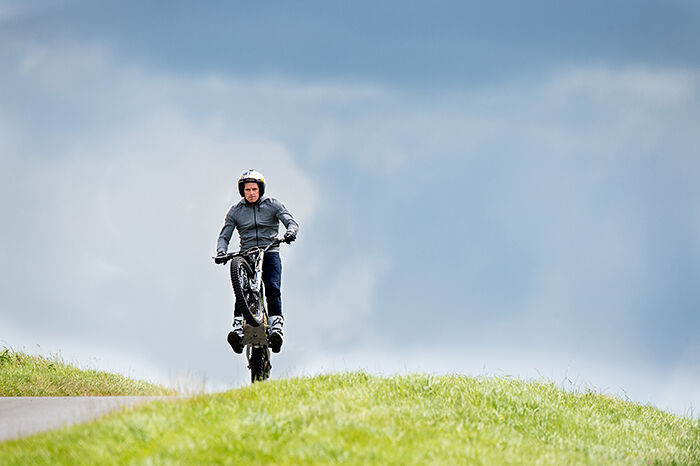