It's also no secret that McDonald’s sales have slumped recently, maybe because there’s too much competition and possibly a change in the appetite of the public who feel they want healthier food?

So just like TV shows that have run their course, it's time to either introduce a new character into the plot, or re-invent an old one. Enter Hamburglar.

Alongside flagging sales turnover it also looks like revival is happening because McDonald's is trying to hawk it's new "artisan" burger the Sirloin Third Pound Burger. But people are confused. Very confused.

So new burger, new Hamburglar. Here's what he looks like. 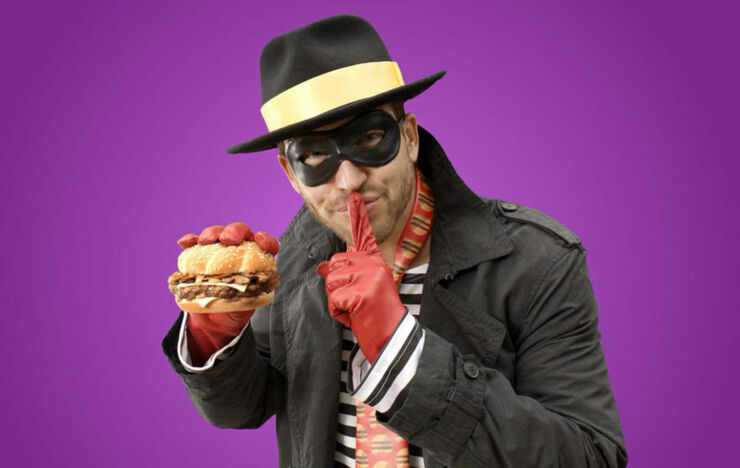 And here's some of the reactions he's been getting on Twitter.

I’m OK with McDonald’s bringing back the Hamburglar but I’m not sure his new look is appropriate for kids.

Gonna be weird to tell my kids that the Hamburglar wasn't always hot af.

Christian Grey as The Hamburglar

That is a grown man wearing a trenchcoat, a tie over a striped crew neck shirt, w/a mask & a hat. He probably has a white van. Hamburglar NO

OK, got nothing to say about deflation or Joss Whedon BUT, that new #Hamburglar. ARE YOU SERIOUS!? He looks like a creepy hypster!!!

OK, got nothing to say about deflation or Joss Whedon BUT, that new #Hamburglar. ARE YOU SERIOUS!? He looks like a creepy hypster!!!

Dudes, if you liked the new Hamburglar, wait till you see the new Ronald McDonald!

I can't believe what is doing to their characters #RobbleRobble

What do you think? Do you prefer the old Hamburglar or the new one?

One person who is defending the cause is actor James Franco who, when he was first trying to break into acting in the Hollywood scene needed some cash and a steady job to survive. After being turned down for waiting jobs in fancy restaurants he went to the nearest Mickey D’s and was hired the same day.

There's a great interview with him on the Washington Post you should check out about his time at the Golden Arches and how he feels they helped him get his first big break in Tinsel Town.

He says, "I was treated fairly well at McDonald’s. If anything, they cut me slack. And, just like their food, the job was more available there than anywhere else." 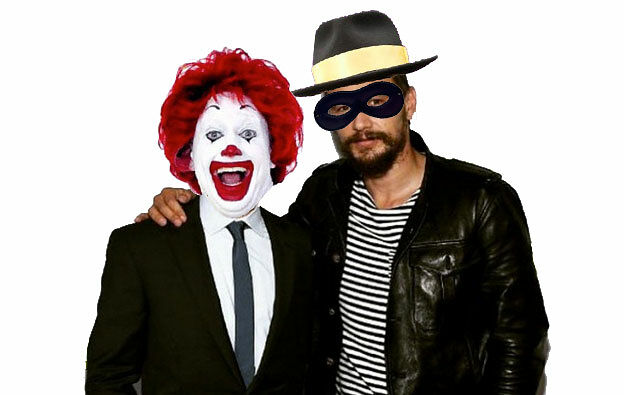 And just like a Hollywood movie it had a happy ending, James tells the Washington Post, "After three months of working at McDonald’s, I booked a Super Bowl commercial for Pizza Hut. Because it was for the Super Bowl, it was very elaborate: a computer-generated Elvis singing and serving the new Deep Dish pizza. From that point on, I could support myself through acting."

According to Franco it was a great place to work, snarfing down fries from the hopper and testing out foreign accents on customers. You can't argue with that.