The moment finally arrived. The new Star Wars trailer for The Force Awakens was dropped upon the earth yesterday and, well, it was pretty damn awesome, wasn't it? If you haven't seen it, check it out above.

We already know it takes place 30 year after Return of the Jedi, and the Empire has now become a whole new bunch of evil-doers who threaten the Star Wars universe. They're called The First Order and Adam Driver's Kylo Ren and Gwendoline Christie's Captain Phasma White are part of it.

We know that Han, Luke, and Leia are back on board, joined by a new generation which includes Rey (Daisy Ridley), Finn (John Boyega), and Poe Dameron (Oscar Isaac). The new Star Wars trailer, which implies the plot will echo something similar to Episode IV, shows Rey on the desert planet of Jakku with a voiceover where she claims she's "no one"—so she is clearly going to be someone huge.

We also see Finn, a stormtrooper who will become a Jedi, struggling with his destiny and talking about having "Nothing to fight for." But the Force is strong in this one, we're told, and you know he'll have plenty to fight for soon enough.

We also get another look at Han, who tells Rey that the old stories of Jedis and good triumphing evil (Episodes IV to VI) are true—we also see a troubled-looking Leia and lots of explosions which seem to say The First Order are out to destroy and conquer large parts of the galaxy.

There's also lots of familiar space ships, and their sounds, and it seems to be setting up a showdown between The First Order and a new Rebel Alliance, who will no doubt be headed up by the new lot and Han and Leia.

If you're a fan of the series, this new Star Wars trailer will have you scrambling around online trying to get tickets for the first showings. If you're not a fan, perhaps you should be.

The general sense of a major pop culture event, and the excitement that comes with it, was tantamount on Twitter as well as in your mind. But before we start, here's the official poster in case you haven't seen it. 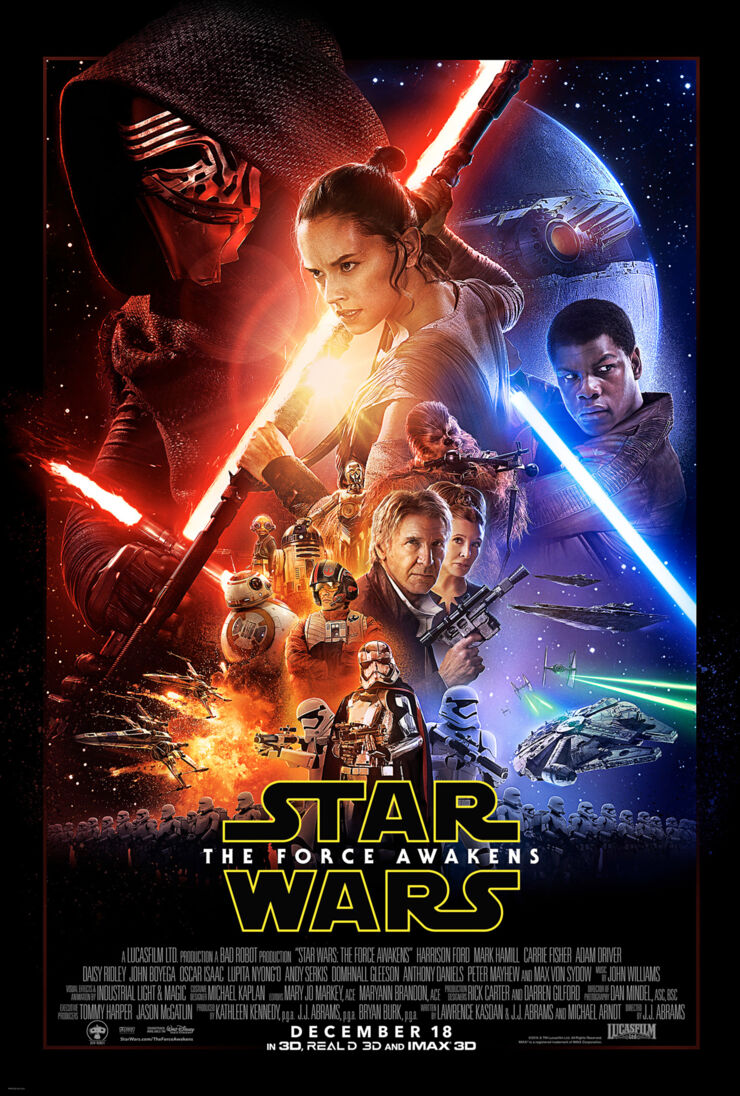 Here's a mocked up version with added Jar Jar. Check out how else Twitter reacted below.

My body is extremely ready for Star Wars: The Force Awakens.

"Like the trailer I did. Tickets I will buy." #Star #Wars

I saw a lot of downed aircraft in the Star Wars trailer, I guess they let Harrison Ford do a lot of his own stunts

Me after watching the Star Wars trailer

So excited about the new Star Wars trailer!

The number of times I've watched the Star Wars trailers is what most people would call "unhealthy". I prefer to call it "not enough"

The definitive review of the Star Wars trailer, with thanks to the Daily Mail comments section

The PR team behind the new #StarWars should run this entire country.