When does an umbrella become an LED display? It's a good question and one you've probably wrestled with on many a sleepless night. Now the answer to that question has finally arrived and it is: when loads of different colored ones are used in an OK Go music video and filmed from above by a drone. Just as you suspected.

The kings of the viral music vid are back with a new viral music vid, which is already edging towards three million views only 24 hours after it's been released. Called "I Won't Let You Down" it comes only a few months after their brain-melting illusory video for last track "The Writing's On the Wall."

This new vid features the band members drive-dancing about on motorized scooters, before we witness some exemplary umbrella choreography, then it goes into the aforementioned umbrellas-as-LEDs bit at the end. It has some seriously impressive camera work too, all shot in one take using a drone. And the music? Meh. 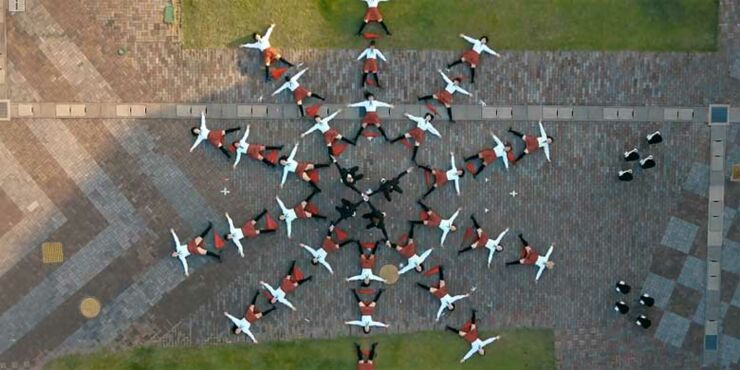