Central Park is New York's greenest space but a photography series, Infrared NYC, by 24-year-old Italian Paolo Pettigiani who recently moved to the city has turned it a different color altogether.

Pettigiani took a stroll around the park with his camera taking some stunning images of the place and its city backdrop—but that wasn't all.

Afterwards he then turned the lush greens into reds, contrasting them with a stark turquoise sky to create an otherworldly, alien-looking landscape.

The result turns one of the most famous city parks in the world into a surreal, rose-tinted daydream.

"The purpose is [to] highlight the majesty and the contrast of nature included in the famous Big Apple's skyscrapers." Pettigiani says about the project.

You can check out some of the images below and find more of his work on his Behance and Instagram pages. 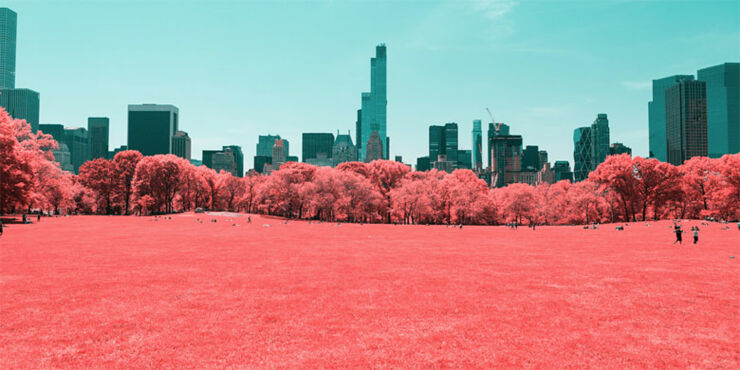 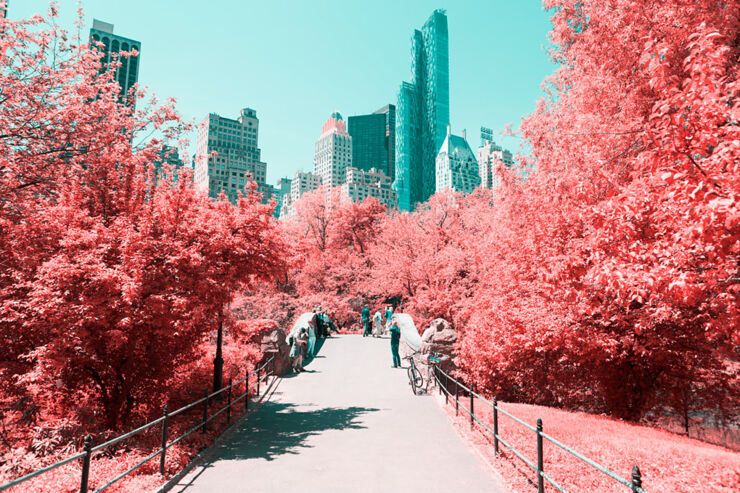 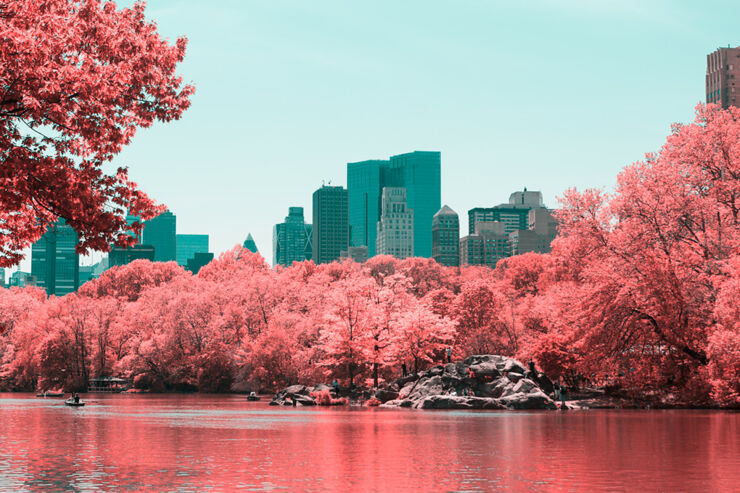 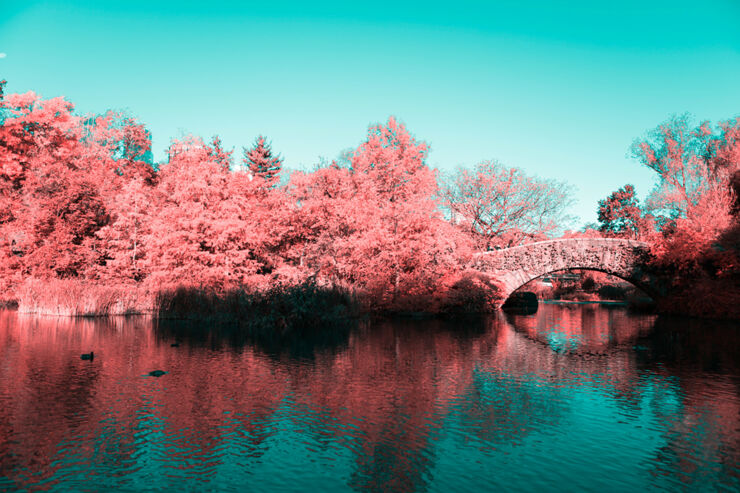 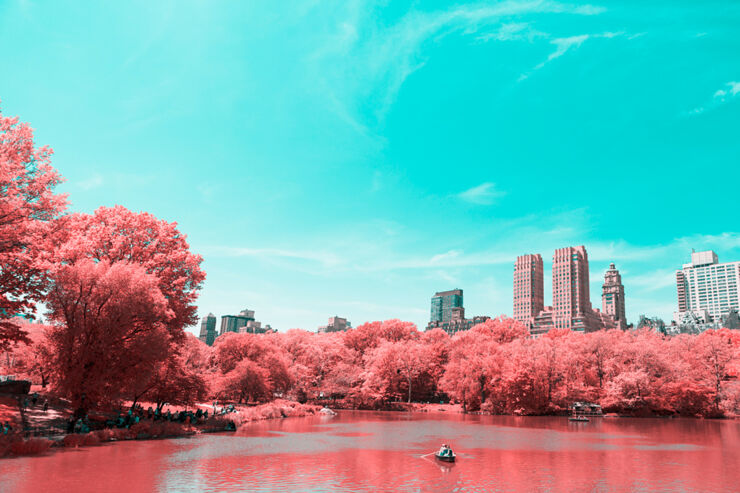 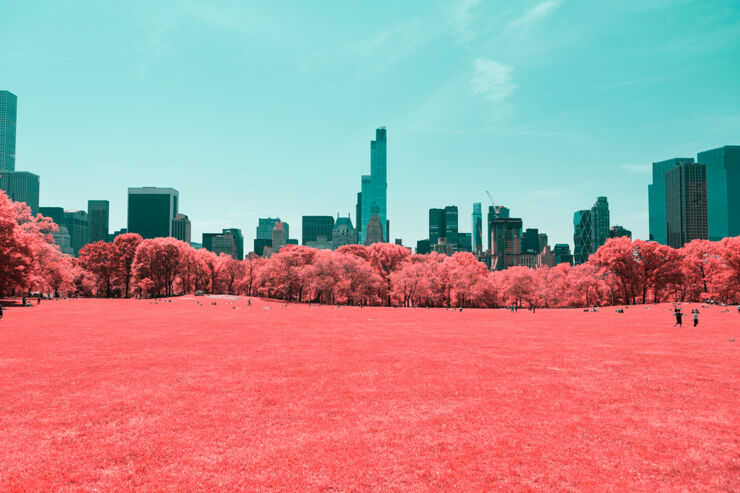 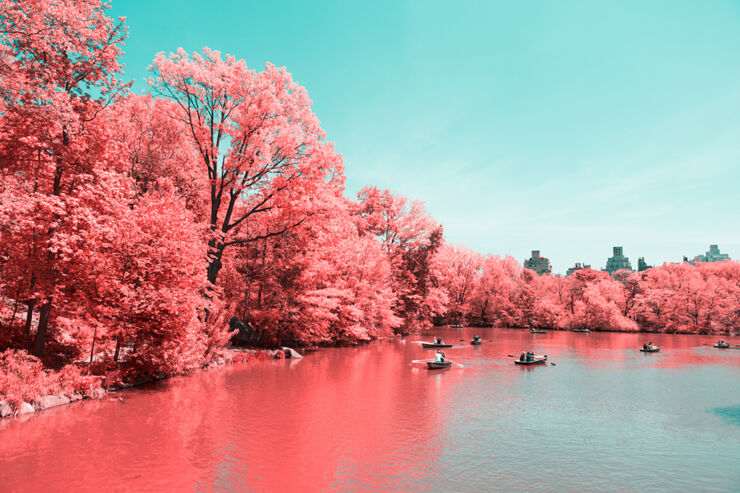 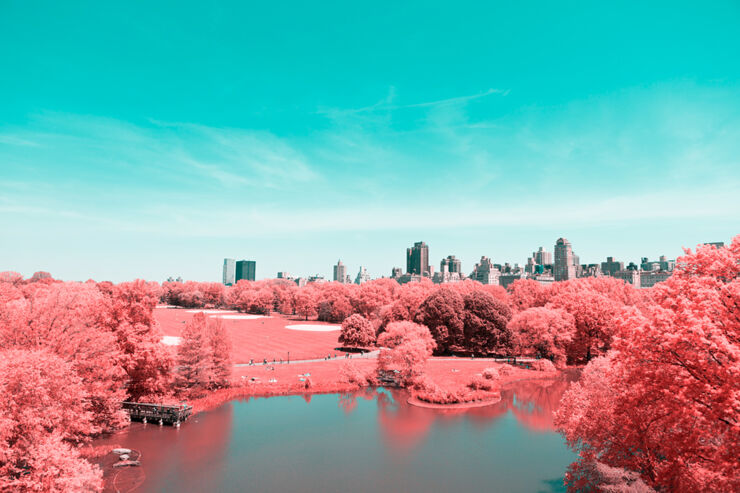 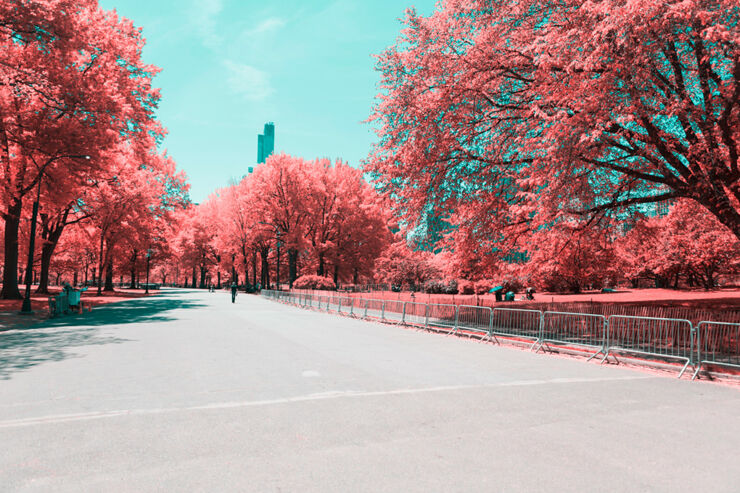 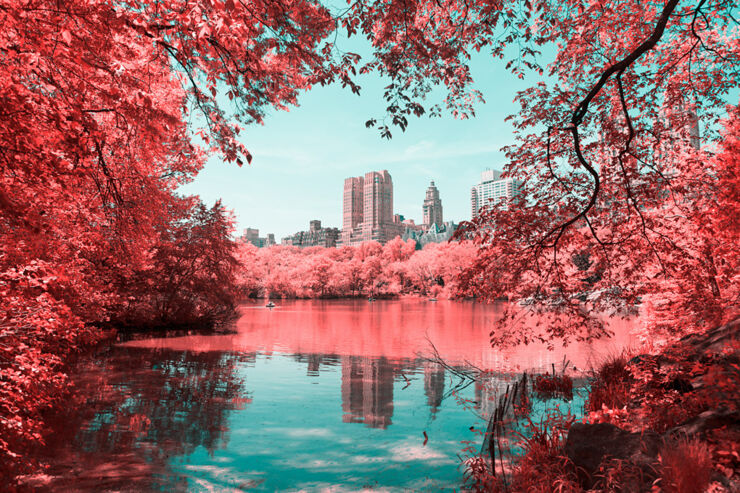 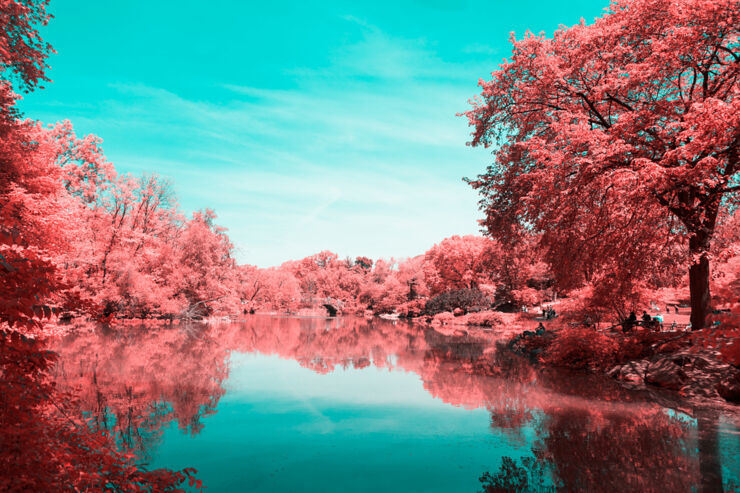 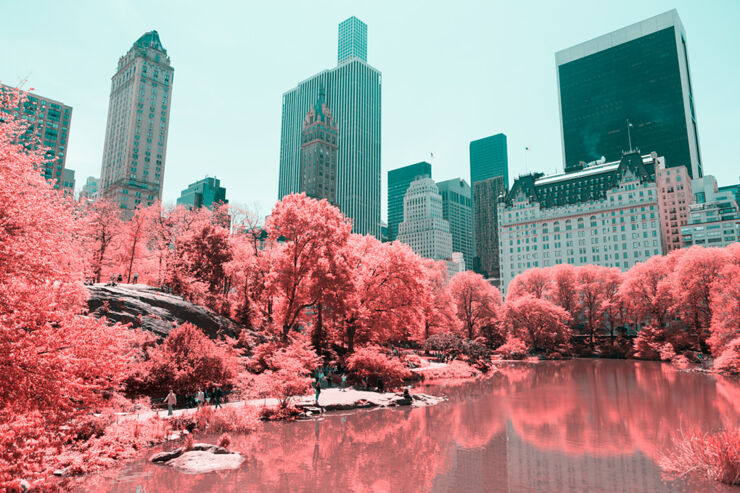 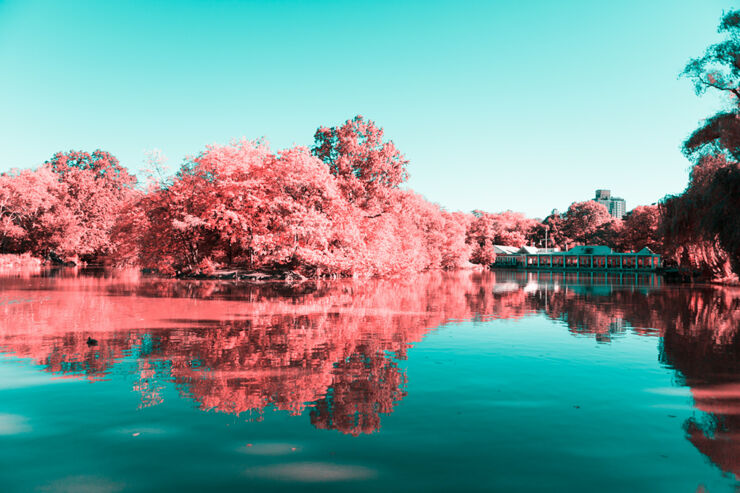