English cartoonist and satirist Gerald Scarfe created his now iconic illustrations for Pink Floyd The Wall back in the 1980s. His paintings appeared on The Wall album artwork, as projections at the band's concerts, and in the 1982 film directed by Alan Parker. It's difficult to listen to the music from that The Wall without recalling them.

Over time Scarfe's creations have become imagery that is recognized worlwide and synonymous with Pink Floyd.

Now a selection of paintings, which were brought to animated life in the movie, have gone on sale to the public for the first time ever. Scarfe has hand picked 11 artworks from his work on Pink Floyd The Wall which will be sold by The San Francisco Art Exchange LLC (SFAE). There will also be an exhibition in July 2017 which Scarfe will attend at the show's premier at SFAE's gallery.

Paintings picked and created by Scarfe include The Scream, Wife With Flaming Hair, Giant Judge and Hammers, The Mother, Education For What? No Jobs!, The Wife's Shadow, One of The Frightened Ones, The Gross Inflatable Pig, Comfortably Numb, and The Teacher.

The names will be instantly recognizable to fans as they became concept art for the film. Along with these the huge original storyboard, 8ft in length, created for the movie is also being sold which includes 50 original renderings.

The SFAE press release describes the works as:

Epic in scale and steeped in rock history, these original works of art are marquis collectibles for major individual, corporate, and institutional collectors. Due to the extensive distribution of the imagery via album, live-performances, music-videos, and the film (along with the accompanying publicity), the artwork offered is among the most instantly recognizable and significant in pop culture.

One of the paintings available for purchase, Giant Judge and Hammers, will be prominently on display in London beginning May 13, 2017 as part of the Victoria & Albert Museum's eagerly anticipated The Pink Floyd Exhibition: Their Mortal Remains, the first international retrospective of one of the worlds' most ground-breaking and influential bands. This exhibition is expected to become one of the most successful on record.

Scarfe developed the film's entire visual environment before the project began and his characters became a mixture of live-action and animated imagery, all of which played an integral role in the surreal narrative.

The paintings' sale follow on from another iconic part of Pink Floyd history going up for auction, which was the recording console from Abbey Road studios on which the band recorded Dark Side of the Moon.

Check out Gerald Scarfe's artworks below. Head to SFAE's website for more insight on the individual pieces, like the fact that both Roger Waters and Scarfe both had a real nightmare which featured their "hands like two balloons." 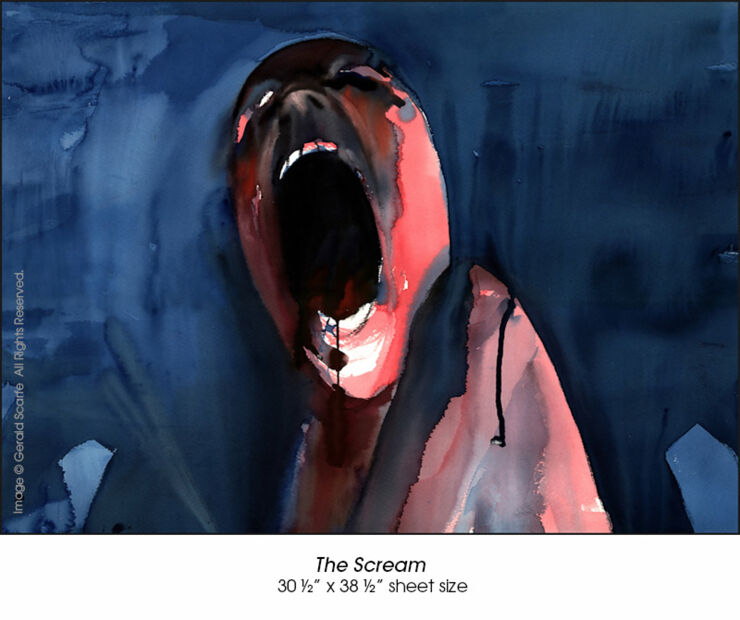 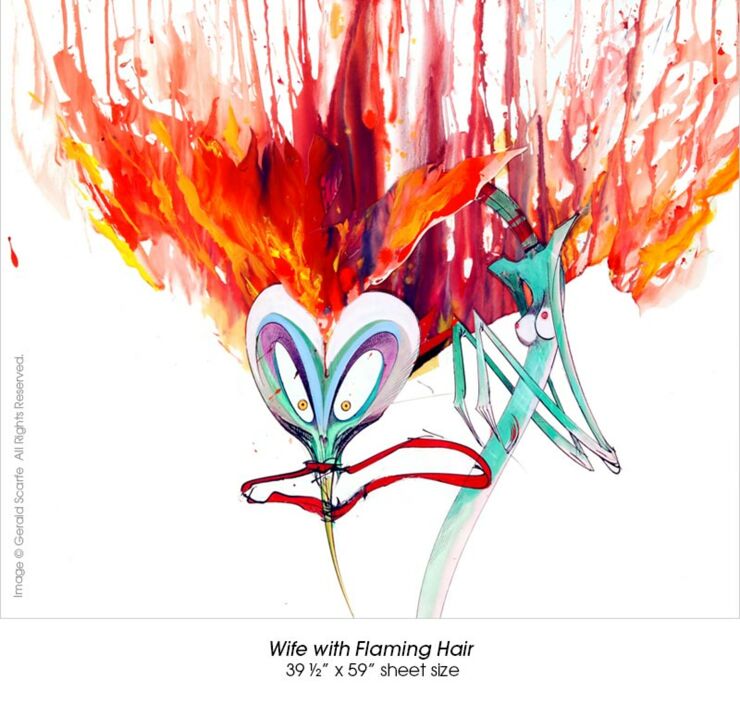 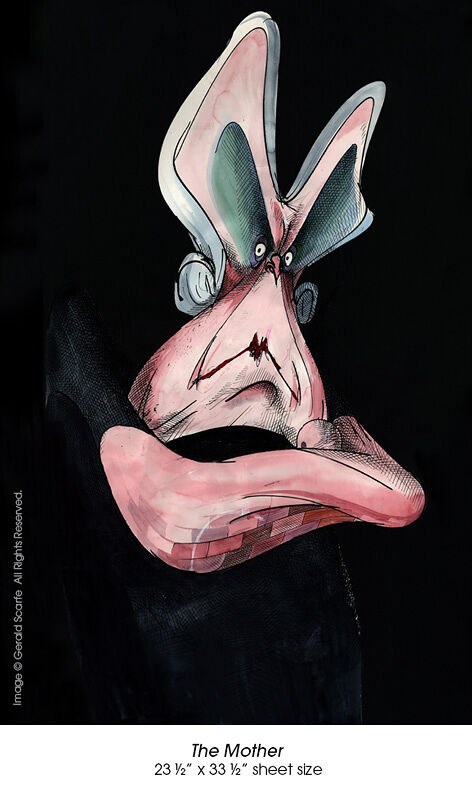 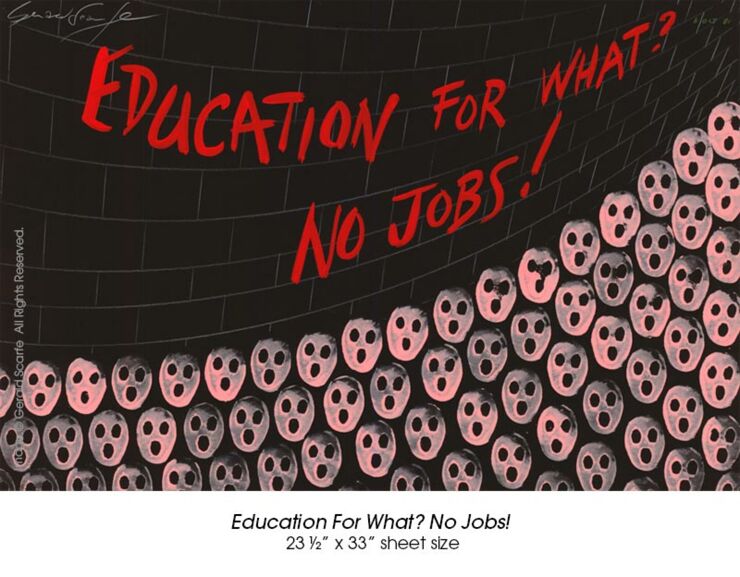 Gerald Scarfe - Education For What? No Jobs! 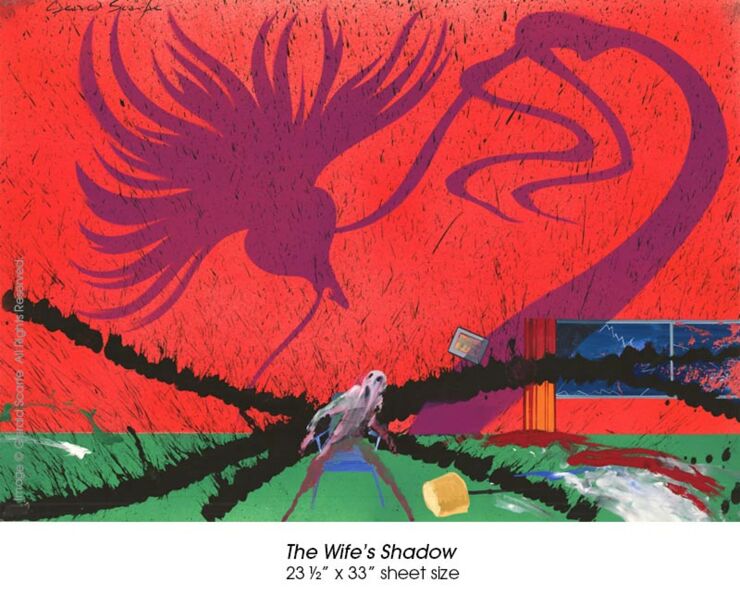 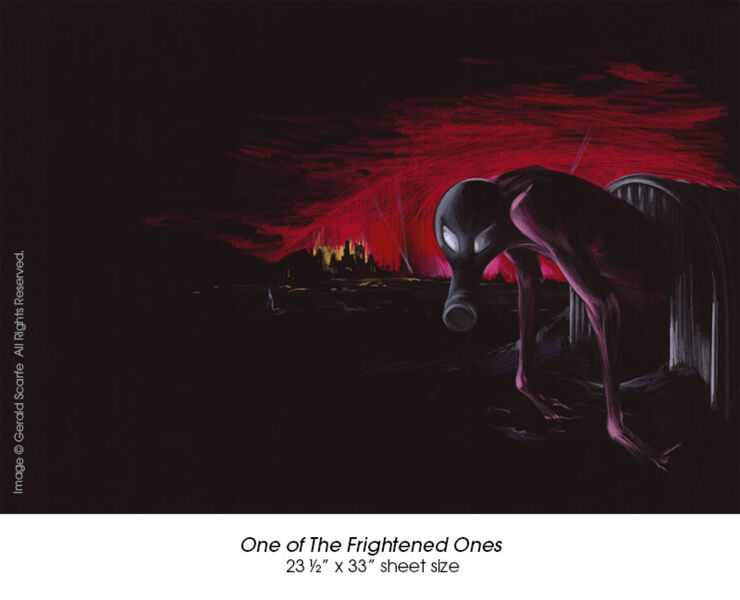 Gerald Scarfe - One of The Frightened Ones. 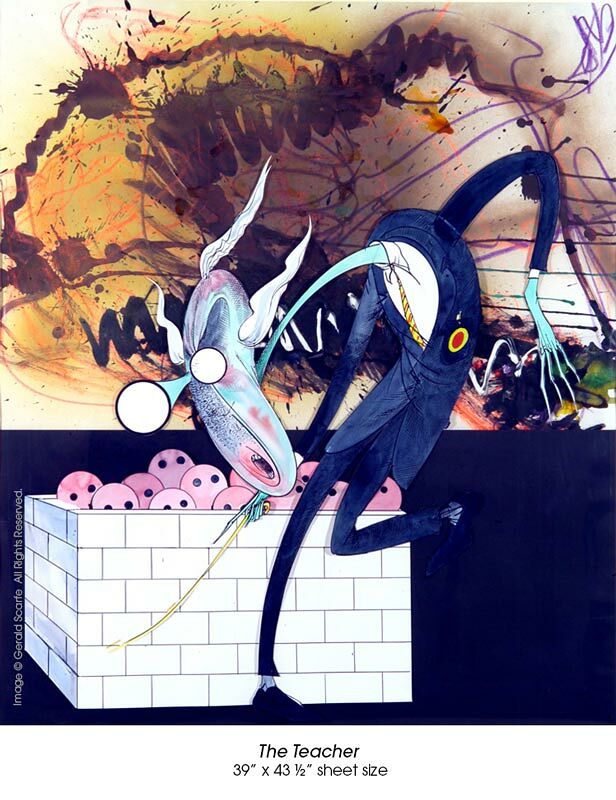 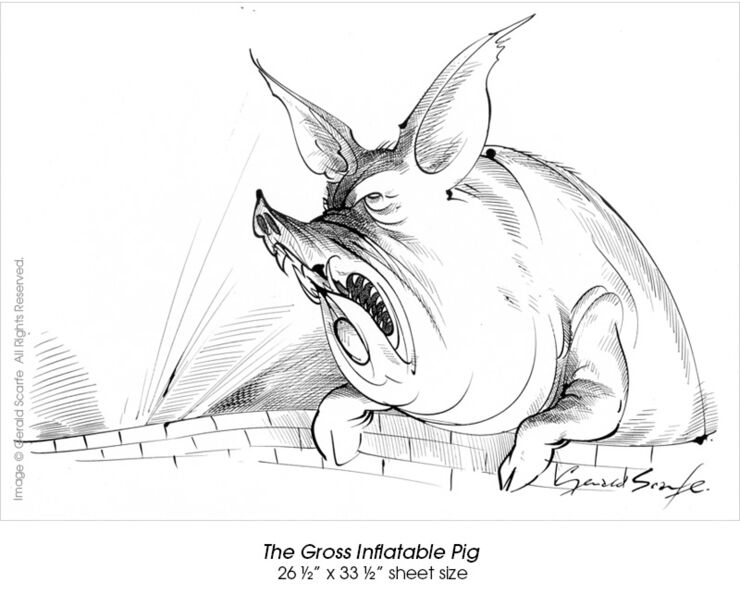 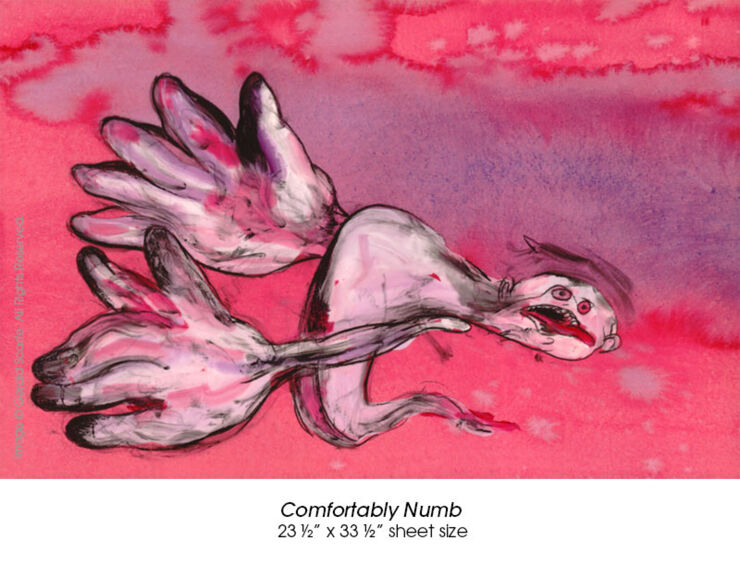