If you want someone to know how much you dislike them or disapprove of their actions, then sending them some poop through the mail is certainly going to get the message across. And now thanks to the people behind the mail order business, Poop for Politicians, for the not-too-princely sum of $9.99 you can do just that.

Providing, that is, the recipient is a politician. That's the one requirement, but once you've picked who you want to send it to, be it a Democrat or Republican, you can give the company their name and they'll do the rest. Meaning they will locatie their address, be it their office or campaign HQ, and then mail them some poop.

The pair behind the idea are Jules and Gabe, a couple of high schoolers whose previous business venture was vulva-shaped lollipops that you could send to Donald Trump. It was a campaign that saw them raise $13,000 which they donated to Planned Parenthood. On the back of that success they wanted to do more social pranking, or whatever you might call it.

"We're creating a revolution in the only way we know how—through virality," they told The Daily Dot. "All we're doing is capitalizing on the way people would like to convey a message to the people who play a direct role in their lives, and giving them a medium to do it."

According to the company founders, just over 400 people have used the service to date, but they anticipate a large uptake in business very soon, January 20 to be exact. "We're hoping that we're able to send more before the inauguration event this month,"

To make the idea legal they're sending 100% organic horse manure, which is sourced from a local farm. Half of what they make will be donated to UNICEF.

Meaning you can prank a politician AND donate to charity! Everyone's a winner. Except Paul Ryan, who's probably going to be receiving a LOT of horse manure. His flower beds will thank him though. 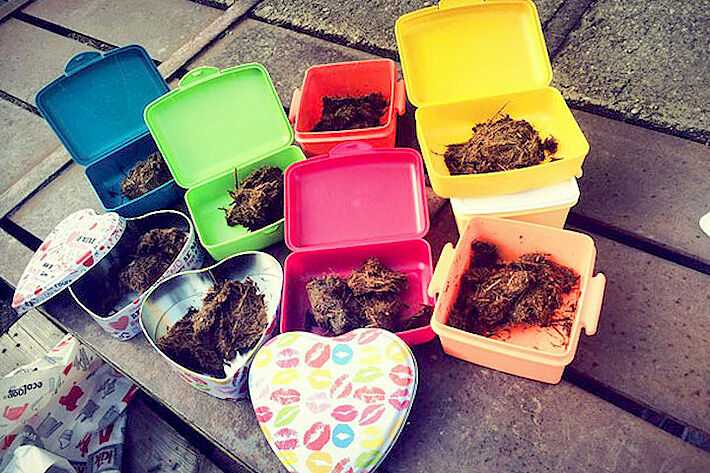