With their penchant for turning what celebrities say into absurd gibberish via some bad lip reading, very funny absurd gibberish at that, they make Cruz a far more entertaining and interesting person than he is in real life.

This Cruz is a man that calls Americans "juicy" who says things like:

"You need a bogel for the glotch." Which, well yes, I do.

“Death will find you soon. Not sure you’ll be remembered.”

“You got happy cheer, hrmmmgh!"

It even has Ted's wife Heidi Cruz stepping in to tell us what her husbands like, "He eats hair, human hair." her redubbed form says, "He's the first one to say, 'Let's go out and eat hair.'" 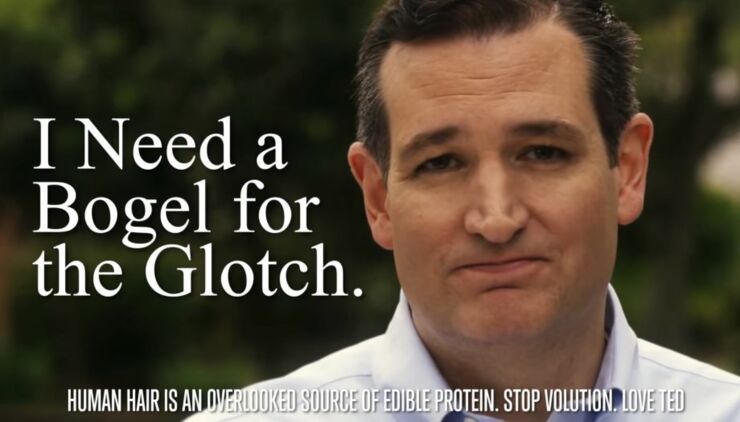