The grim and stark realities of the today's world are brought to vivid and grotesque life by British animator and artist Steve Cutts. From the Banksy school of subtlety (i.e. there is none) his illustrations instead throws in your face the consumerist, selfish, planet-destroying and rat race existence that is life for most of us in a modern capitalist country. It's a fresh and sobering look at how society lives today, with a sprinkling of dark humor.

It also kicks you in the groin too, just in case you hadn't got the point. Steve Cutts has a blog where he uploads his illustrations which are full of OTT caricatures and blunt attacks on our lifestyles—they come across, stylistically, like the work of a political cartoonist except Cutts' subject matter isn't just politicians but all of us.

Steve Cutts Talks About His Artistry

Speaking about an animation of his called Man, which looks at our relationship to nature, Steve Cutts said in an interview for Featured E-Magazine, "I like to make animations about life and society in general, so there tends to be a message in most of them. The general insanity of mankind is an almost endless pot of inspiration! With ‘Man’ it’s more of a reflection on life, the film is observational and the message is inadvertently produced from that. But not everything has to be message heavy, sometimes it’s weighty, sometimes funny. With something like ‘Anytime is Ice Cream Time’ for instance, it’s more about the story than any kind of message. But if you do a few films with a message in them people tend to pigeon-hole you and look for messages in everything you do when sometimes there just isn’t one. It’s nice if people take something away with them though."

He could equally be talking about his illustrations.

Check out some of Steve Cutts' work below and head to his website or Facebook for more. 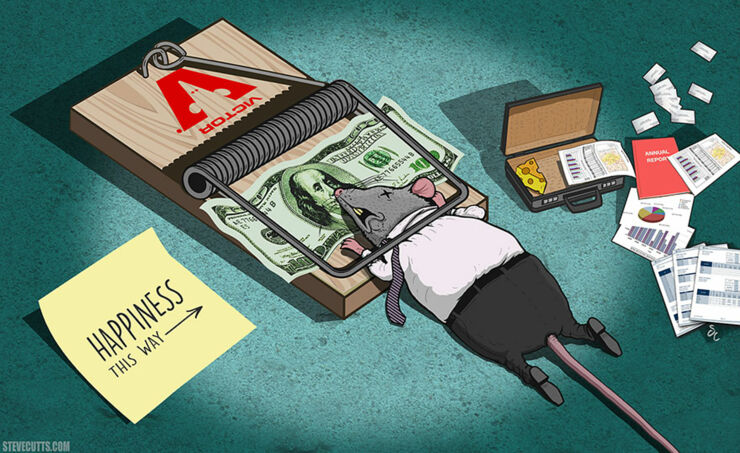 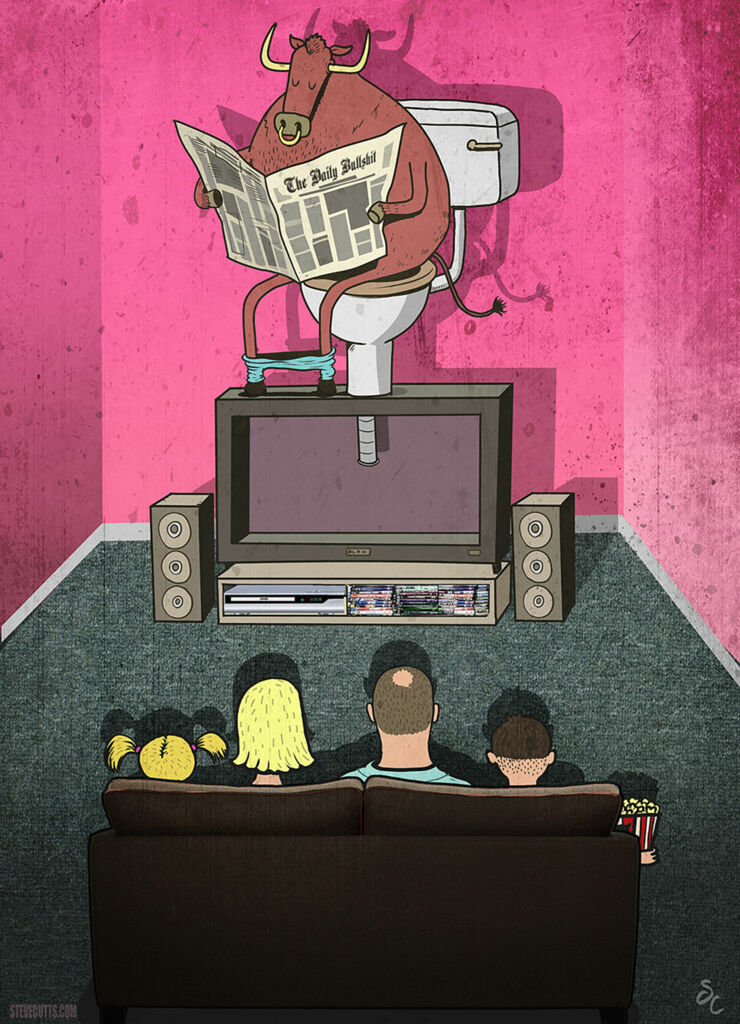 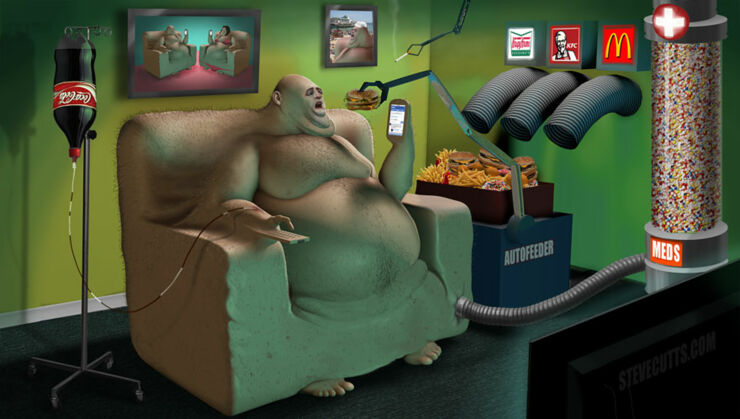 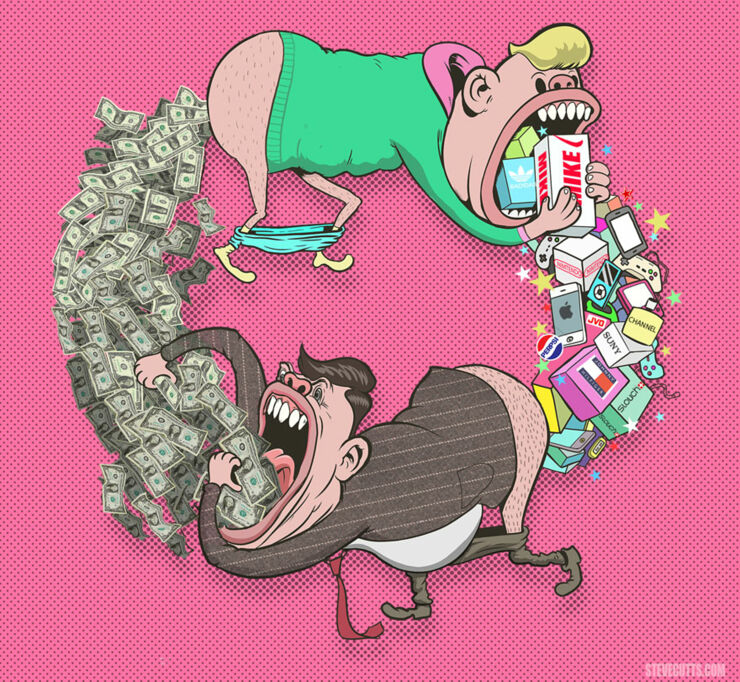 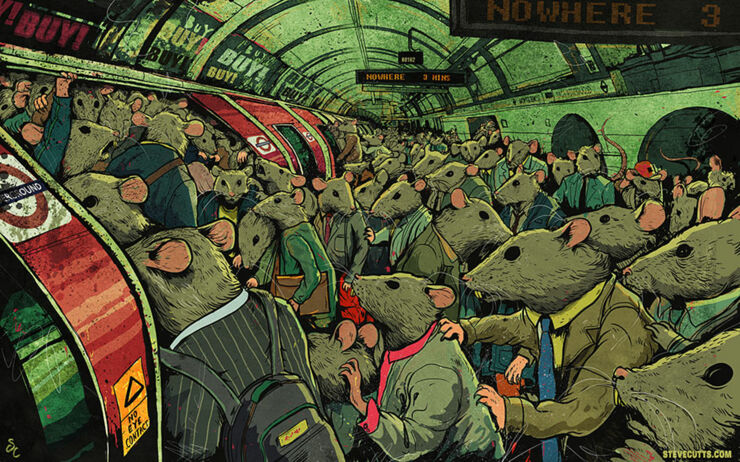 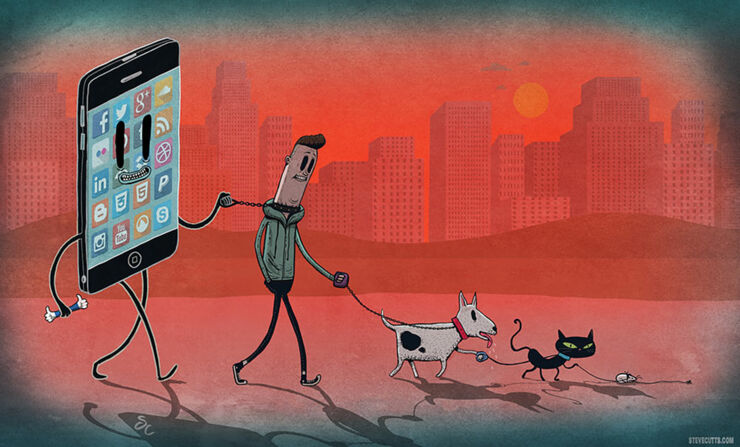 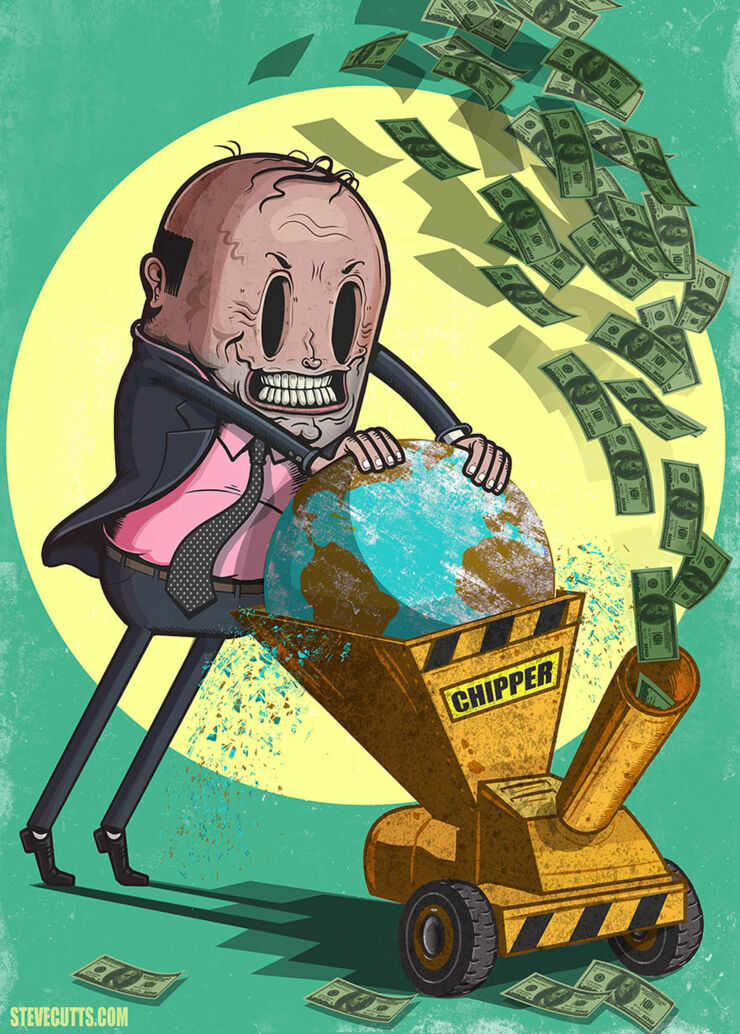 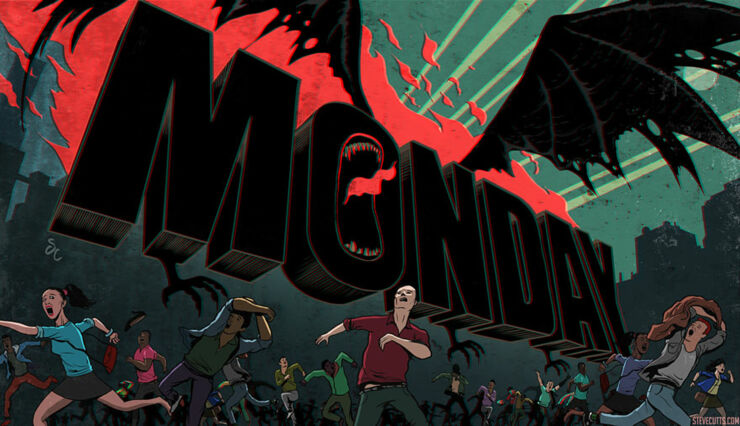 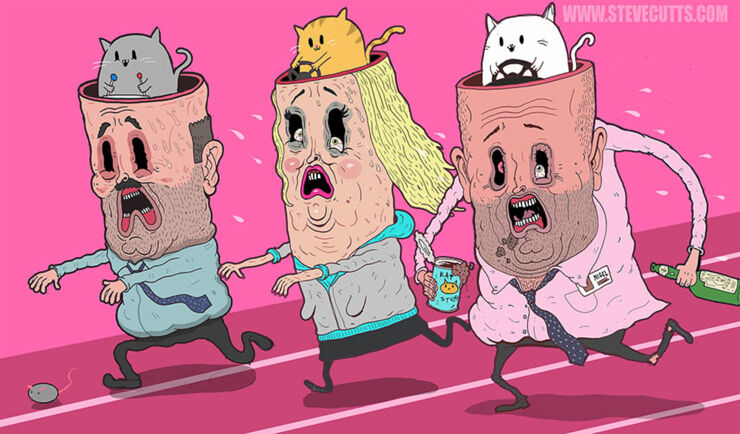 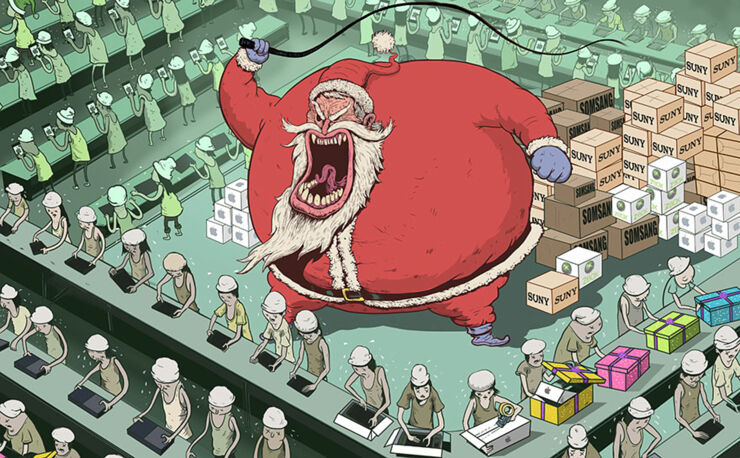 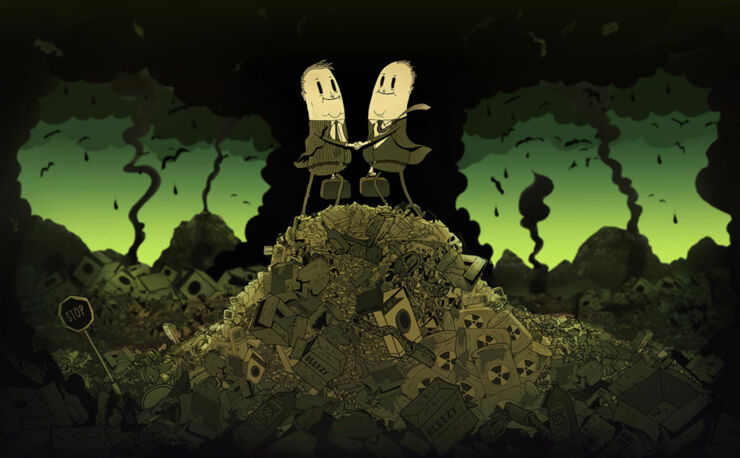 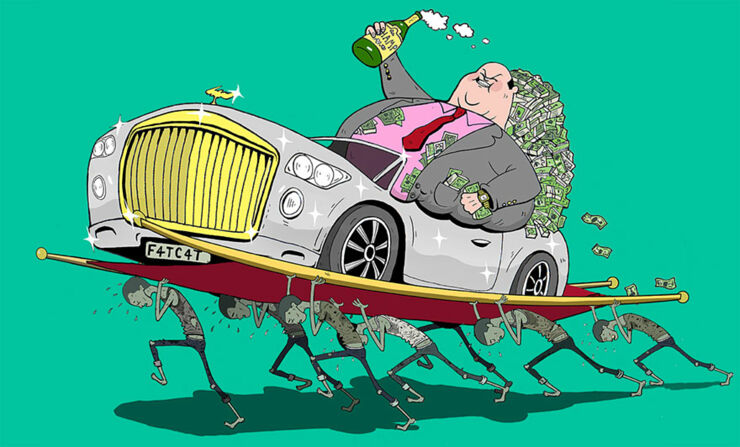 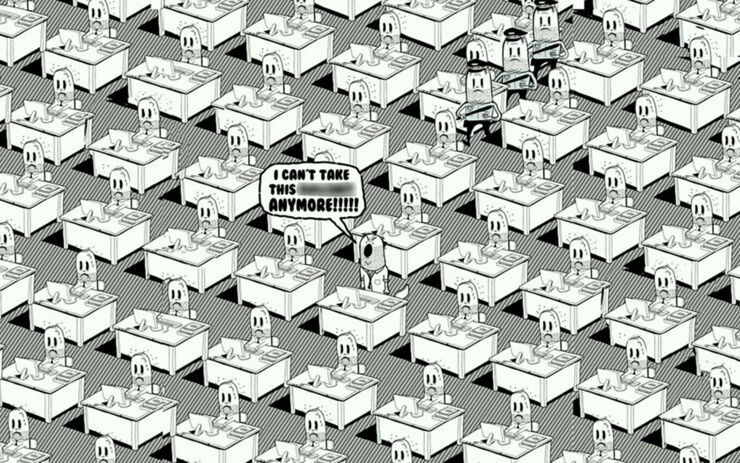 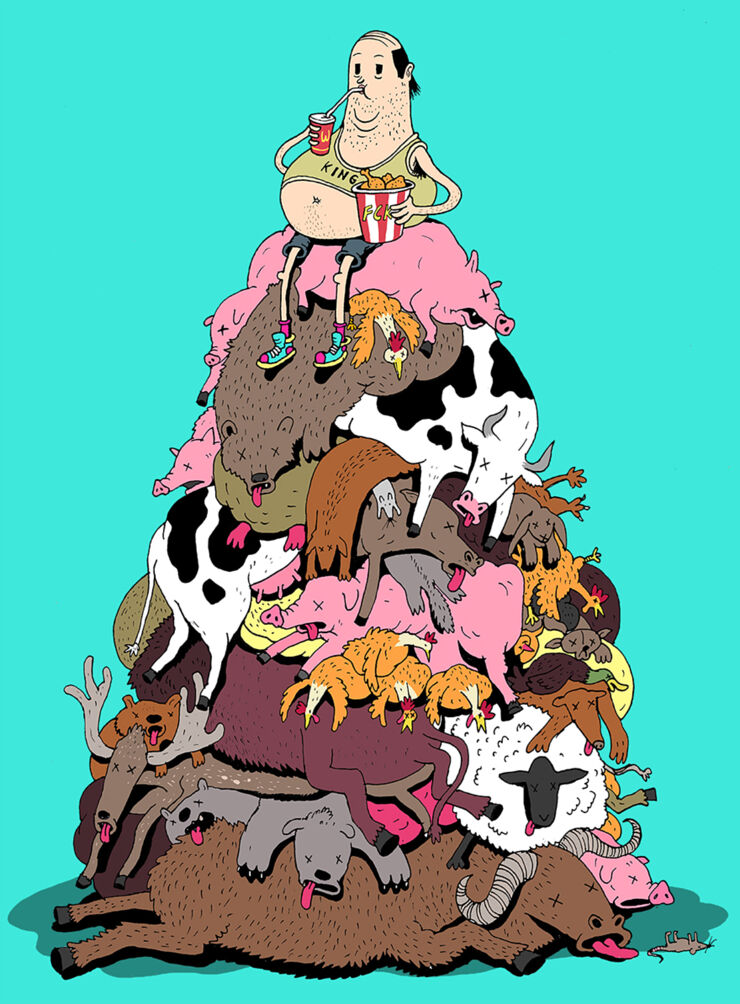 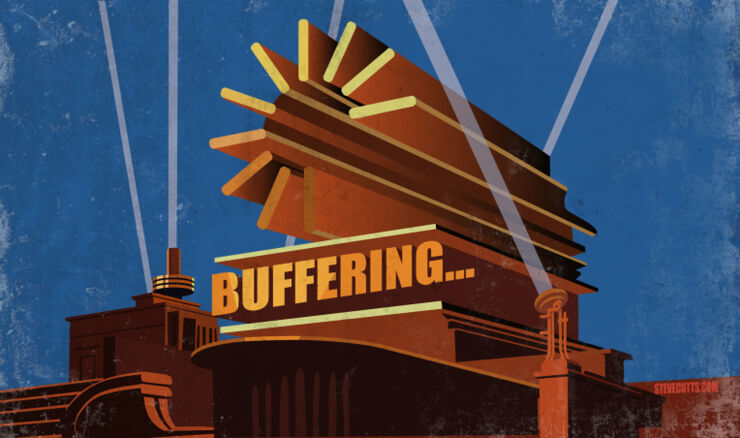 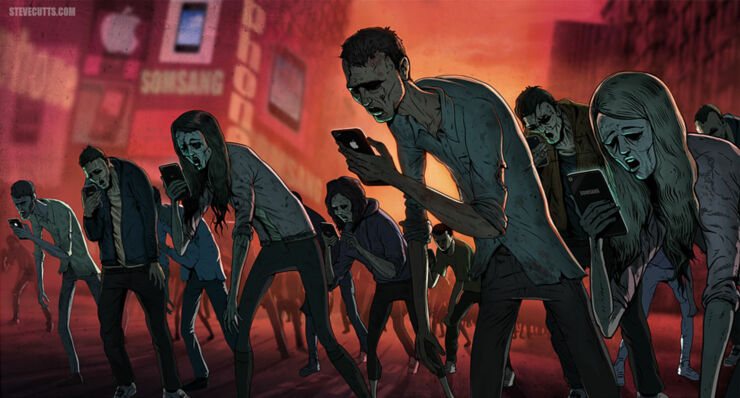 Steve Cutts Animation: Where Are they Now

Is there no end to Steve Cutts' talents. It seems not. Check out Cutts' animation Where Are They Now below, a darkly humorous imagining of what life is like for cartoon characters past their prime.