If you've found yourself feeling guilty because you ordered a pizza when you got in from work instead of cooking, then let this guy's story make you feel a whole lot better.

This is Dan Janssen from Ellicott City, Maryland whose diet over the last 25 years has consisted nearly entirely of pizza (he also had a few bowls of cereal for variety). 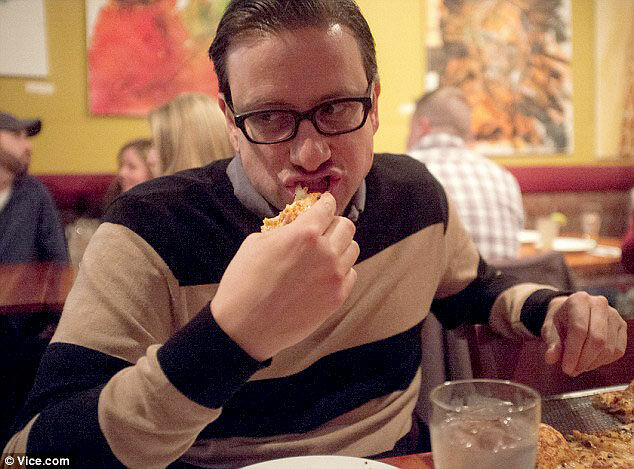 'Whenever I go to a new doctor.... my bloodwork comes back great and they say, "You're doing great,"' he told The Baltimore Sun.

'Pizza is like sex - even when it's bad, it's good. I never want to give up my passion for pizza'

'If I could say anything to the men of the world, it's you can do it. You can eat two 14-inch pizzas a day and be fine.'

'It’s like eating a completely different meal,' he exclaimed to VICE.

Other than a cheese and tomato topping, Mr Janssen occasionally adds extra flavor with a sprinkling of oregano. He says the best pizza he's ever sampled was at Pontillo’s, a pizza chain based in upstate New York, about a decade ago. 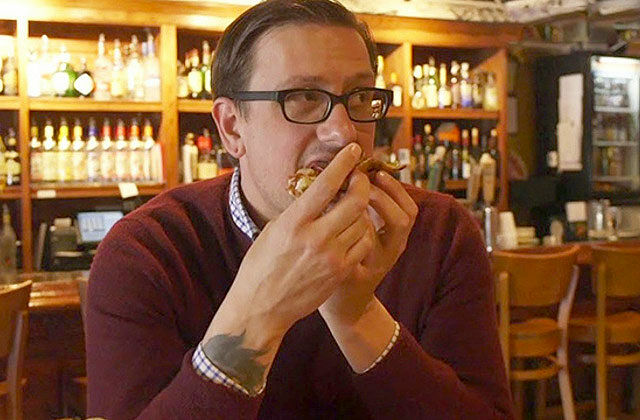 'I can't speak to whether it's still good, but the last time I had it, it was far above any pizza I'd ever had.'

Despite deeming most big-name pizza chains 'pretty bad', Mr Janssen still frequents them to get his fix. Explaining his reasoning, he says: 'Pizza is like sex - even when it's bad, it's good.'

'I remember four years ago I ate a peach and it was amazing, I just never think to do things like that'

On the subject of sex, the North Carolina native says his limited diet has not impacted on his love life. Indeed, his now-fiancee even suggested they go for pizza on their first date after hearing about his unusual tastes. However, she is the reason he is now attempting to vary his diet. 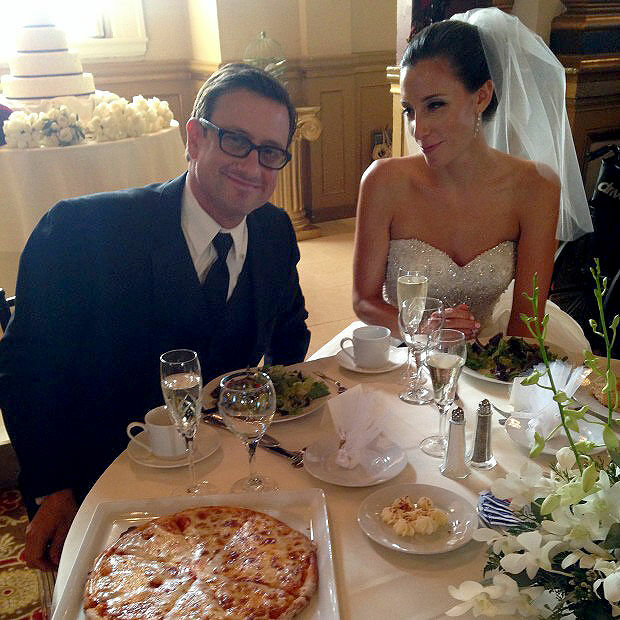 'I would like to be able to go to a restaurant where they didn't serve pizza and order off the menu, which I can't really do right now.

'My fiancee is vegetarian, so it would be nice to be able to go out to nicer restaurants with her. We're sort of limited as to where we go because of my pizza addiction.'

Recently he started seeing a nutritionist and therapist in a bid to conquer his picky food habit.

'I do see a day in the future when I get a little more adventurous,' he concluded.

'I remember about four years ago I ate a peach and it was amazing. I just never think to do things like that . . [But] I never want to give up my love and passion for pizza. '

For their Munchies series VICE caught up with him to find out if he was a ninja turtle in disguise or something and if not, why the heck wasn't he dead yet. Below is his entire culinary life summed up in one GIF.