We're a few months away yet from the Thor Ragnarok release, but a trailer dropped a few months back and it showcased a film that looks like it's going to be very unlike the previous Thor movies.

You might have thought that with the cosmic space vibe and the wacky outfits sported by the like of Jeff Goldblum that Thor Ragnarok looked weird enough already. Well, it's been made even weirder now thanks to the work of Aldo Jones. Jones has been making Weird Trailers for various comic book movies for some time. His Batman Vs. Superman Weird Trailer went viral back in 2015 and since then he's been producing them regularly.

They feature very zany, Looney Tunes-esque edits to the footage, contorted faces and slapstick humor. They also have plenty of nods to other pop culture, with cartoon characters and other superheroes cropping up randomly. Jones says he takes inspiration "from movies, cartoons, TV series and internet memes."

His take on the Thor Ragnarok trailer follows in that tradition and features all kinds of craziness. The gags come thick and fast and editing them all in is a time consuming process it seems. "[It takes] usually one month or more (Thor Ragnarok took me a month and a half)." Jones tells Smash.com about making the videos. "I watch the trailer and think about all the possible gags. In these kind of videos there’s no place for freestyling things, it’s too complicated and it takes too long. So everything is planned. The most difficult part is finding the right gag."

But how many gags is enough? "[I use] the most I can." Jones notes. "The first trailers had more gags. They had a lot, because they were more random and nonsense. The X-Men Weird Trailer had 99 edits, to give an example. In this trailer I’m putting in more sensible gags, that take more brain work. I wanted to make something like these for a long time, cause I really like editing. On Christmas 2015 I had a little time to work on it and I made the Batman v Superman weird trailer, which was a big success. Since them, my YouTube channel is totally dedicated to Weird Trailers." 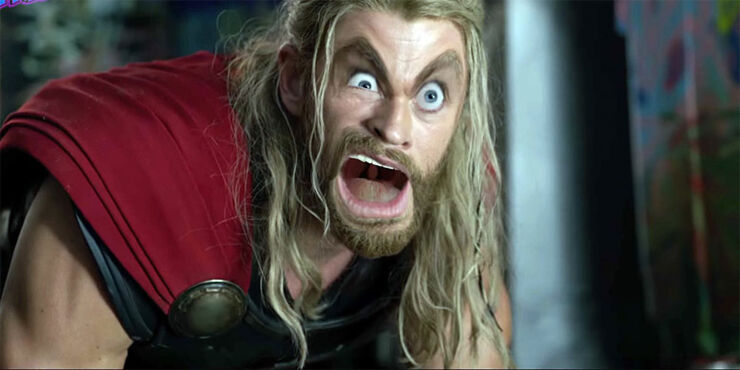