If you've read any of the early reviews then you will know that Marvel's latest movie, Dr. Strange—starring Benedict Cumberbatch as the neurosurgeon turned mystical arts practitioner—is supposed to have some seriously strange and weird visuals and FX.

But, there's an altogether different kind of bizarre at play in YouTuber Aldo Jones' 'Weird Trailer' for the movie.

Jones' weird is more absurd and ridiculous rather than the trippy, reality-bending of the movie, but it's undeniably hilarious. And you can only guess at how hours it takes to add in so many gags and jokes.

Aldo has done plenty of weird trailers before for the likes of Batman Vs. Superman, Captain America: Civil War, X-Men: Apocalypse, Rogue One: A Star Wars Story, and many more—so he's something of an expert at weirdness, really.

As for what sort of craziness to expect there's just so much of it, from Roger Rabbit making a cameo to Charlie Brown getting knocked down by a car, to giant bananas, and a crowd scene made up of Where's Waldos.

None of it makes sense, but then it doesn't really need to. 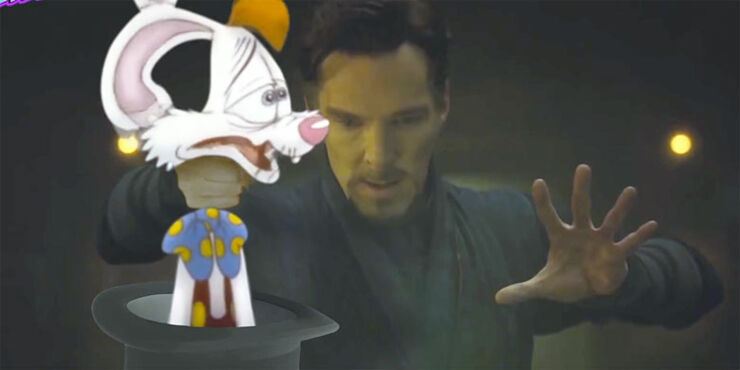