Yeah, yeah, yeah, i can hear you all saying "hey, haven't i seen this before?", well you might indeed have, maybe--i know it’s been around for a while (nearly 3 years to be exact), but it’s more than worthy of another viewing and life moves pretty fast on the internet and if you don't look around you might have missed it (thx Ferris).

So, Kimberly Cole was throwing a dance audition for her upcoming video and amidst the toned and beautiful performers who were there for a shot at being hired was Keith Apicary, the kind of guy that you would never expect to see at one of these events, from seeing him you’ll think he he wasn't put on this planet to be a looker (I'm guessing his wardrobe is a fun conscious decision) -- but by GOD can he MOVE! He’s actually a damn fine dancer, who’s got some neat skills.

As the video goes on the laughs and attitude from his peers turns from mockery to admiration as he totally owns the audition--Let’s just hope Kimberly puts him in the video (actually since this video was made she actually did--see below--she knows talent when she sees it). This is one to show the grand-kids when you are old and wrinkly, show them how once, when the internet was awesome, things like this came together in perfect harmony.

This is guaranteed to make the rest of your day feel really good.

Background on Keith Apicary:
Keith Apicary is actually a character played by Nathan James Barnatt (born February 2, 1981) who is an American actor, comedian, dancer, and filmmaker. Barnatt appeared on Comedy Central's The Gong Show with Dave Attell in 2008, on Comedy Central's Ghosts/Aliens pilot in 2009, and on This Show Will Get You High in 2010. In 2012, Barnatt developed a show with Adult Swim based on his Keith Apicary character called Youth Large. The Youth Large pilot was written by Barnatt, his brother Seth, and Paul Cummings (who is also the director). However, Adult Swim passed on the pilot but Barnatt will use his Keith Apicary character for other projects.

Barnatt is a performer at the Upright Citizens Brigade theater in Hollywood California. He is also an amateur dancer, as displayed in his videos including a Kimberly Cole audition session. Because of his dancing and physical comedy skills, he was set to be the lead dancing clown for Michael Jackson's cancelled This Is It concerts before dropping out to work on a Comedy Central pilot.

Barnatt was featured on the front cover of LA Weekly magazine, covering his success on YouTube. 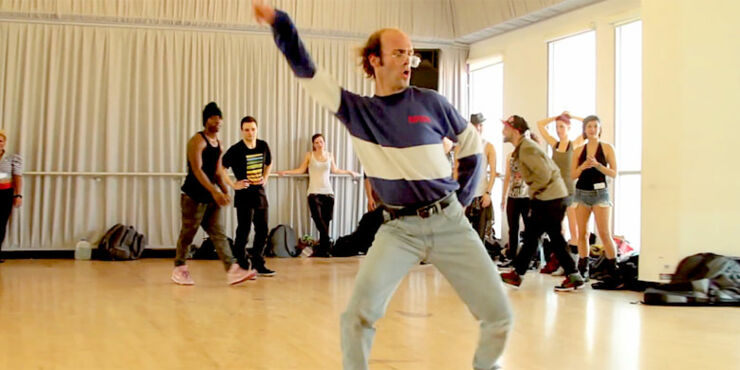