If there's one man in the movie business who knows how to blow stuff up, it's Michael Bay. But before Bayhem there was Arnie. And Arnie is waaay cooler than Mr Bay will ever be, as you'll see in this video where he shows that the best way to address your problems is to blow them up. KA-BOOOOOM!

If you have an irrational fear of gummy bears, dynamite the crap out of them. When your neighbors car alarm won't stop going off, Arnie has the solution. Don't like spaghetti? Then rain down hellfire upon it. "Whatever you can dream of," says Arnold sagely, "We can blow the sh*t out of it."

A lucky person can win the chance to go to Los Angeles and blow sh*t up with the Arnie-nator himself ("Throw a grenade, fire a rocket launcher, blow up a car and so much more!") and it's all to benefit after school programs.

As one YouTube commenter eloquently puts it, "Arnold should be in the Guinesss book of records for the coolest person to ever exist." - When it come to blowing sh#t up i couldn't agree more. 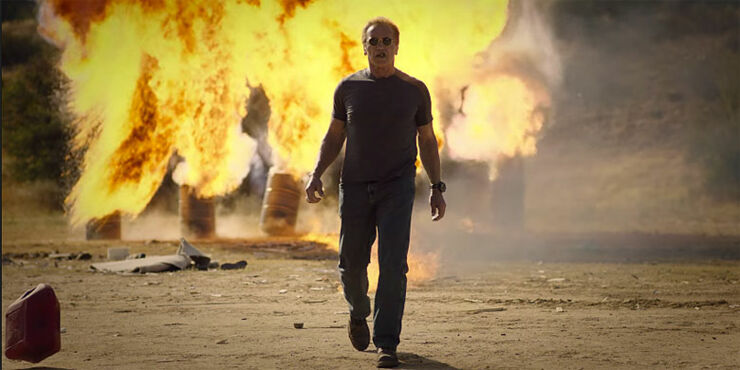