It was a dark day for the city of New York, the day of 22 November 1963, because it was on that tragic date that Staten Island ferry boat Cornelius G. Kolff was attacked by a giant octopus. All 400 people on board died as the boat was dragged beneath the water by this monster from the deep. It is barely known about because it was on the same day as the JFK assassination.

It is also barely known about because it didn't actually happen. But that hasn't stopped artist Joe Reginella from creating an elaborate hoax around this fictitious and fishy tale. Reginella has created a sculpture commemorating it and honoring the non-existant victims, called the Staten Island Ferry Disaster Memorial in Battery Park, Manhattan, and a corresponding website to add to the trickery. Reginella has also distributed fliers giving a false location of the museum, a location you must get to by ferry.

It seems to have fooled or at least intrigued quite a lot of tourists. The project's Facebook page shows tourists taking photos and paying their respects. If you go on the website it has mock archive of news articles about the tragedy and even a fake Wikipedia entry.

It took Reginella six months to plan and prepare it all. He tells the New York Post that it's “part practical joke, part multimedia art project, part social experiment.”

He even created a fake documentary about it (see video above). You have to admire his dedication, even if it is upsetting a few people because it's pranking them. Maybe next time they should question their own gullibility though.

It was close to 4am on the quiet morning of November 22, 1963 when the Steam Ferry Cornelius G. Kolff vanished without a trace. On its way with nearly 400 hundred people, mostly on their way to work, the disappearance of the Cornelius G. Kolff remains both one of New York’s most horrific maritime tragedies and perhaps its most intriguing mystery. Eye witness accounts describe “large tentacles” which “pulled” the ferry beneath the surface only a short distance from its destination at Whitehall Terminal in Lower Manhattan. Nobody on board survived and only small pieces of wreckage have been found…strangely with large “suction cup-shaped” marks on them. The only logical conclusion scientists and officials could point to was that the boat had been attacked by a massive octopus, roughly half the size of the ship. Adding to the tragedy, is that this disaster went almost completely unnoticed by the public as later that day another, more “newsworthy” tragedy would befall the nation when beloved President John Fitzgerald Kennedy was assassinated. The Staten Island Ferry Disaster Museum hopes to correct this oversight by preserving the memory of those lost in this tragedy and educating the public about the truth behind the only known giant octopus-ferry attack in the tri-state area. 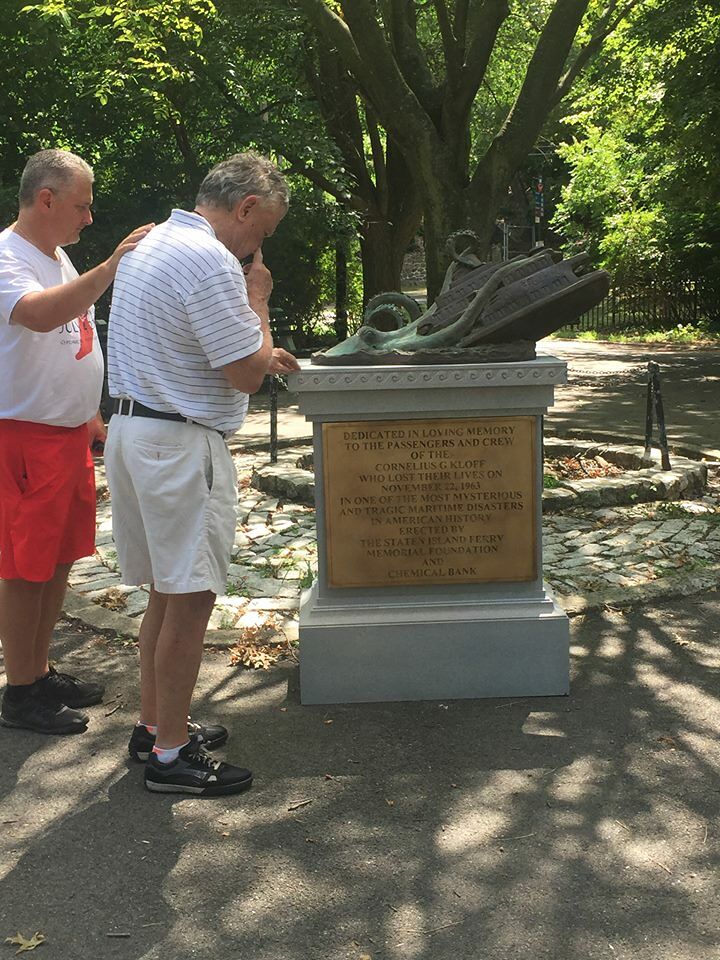 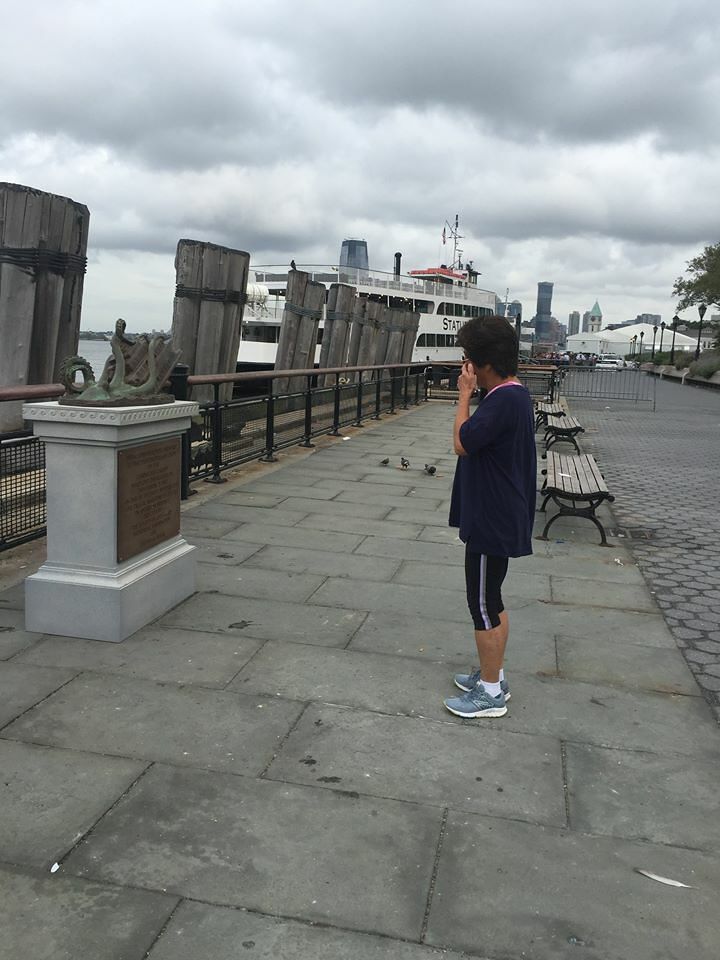 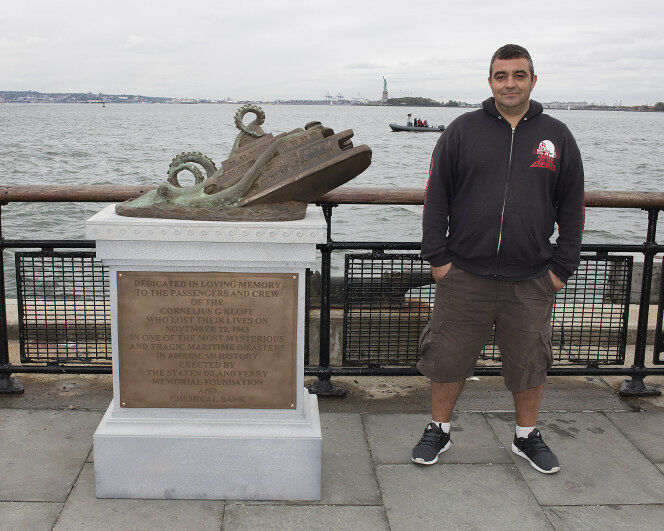 Artist Joe Reginella next to the sculpture 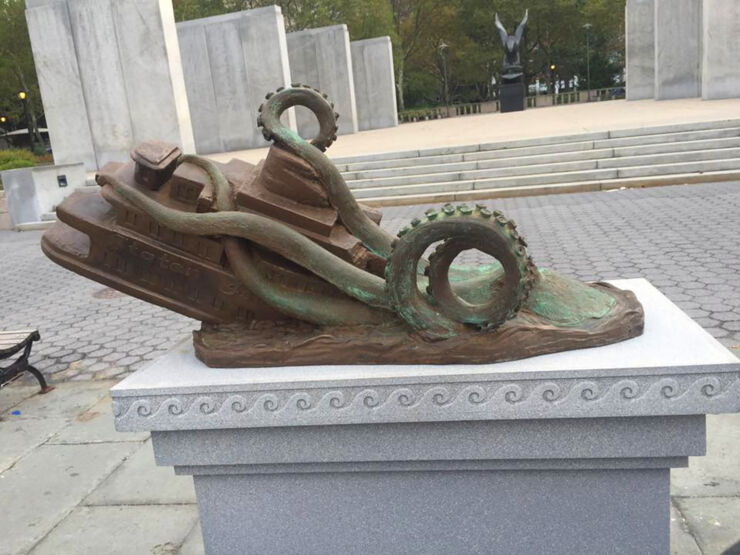 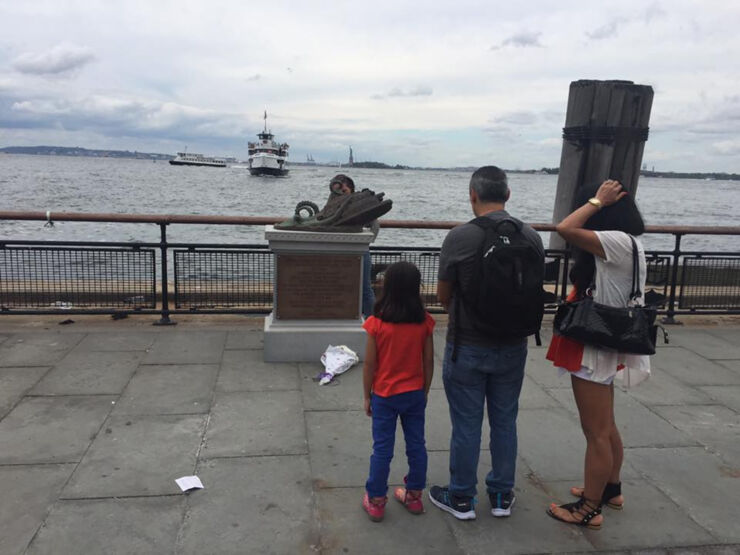 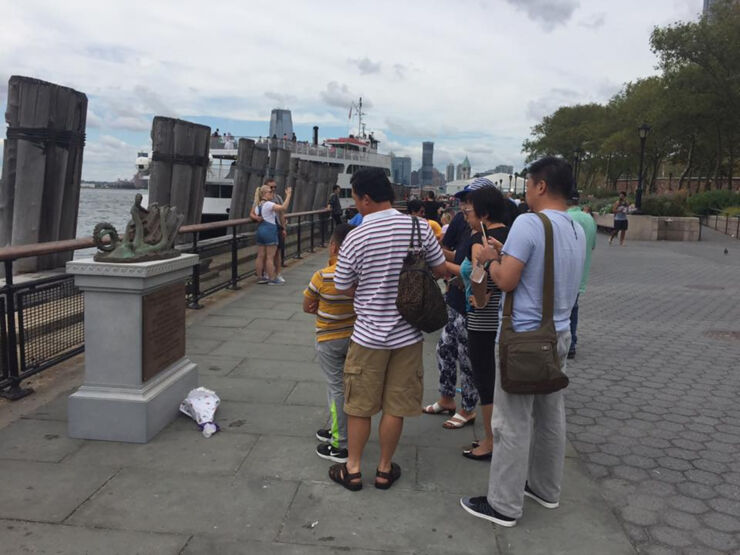 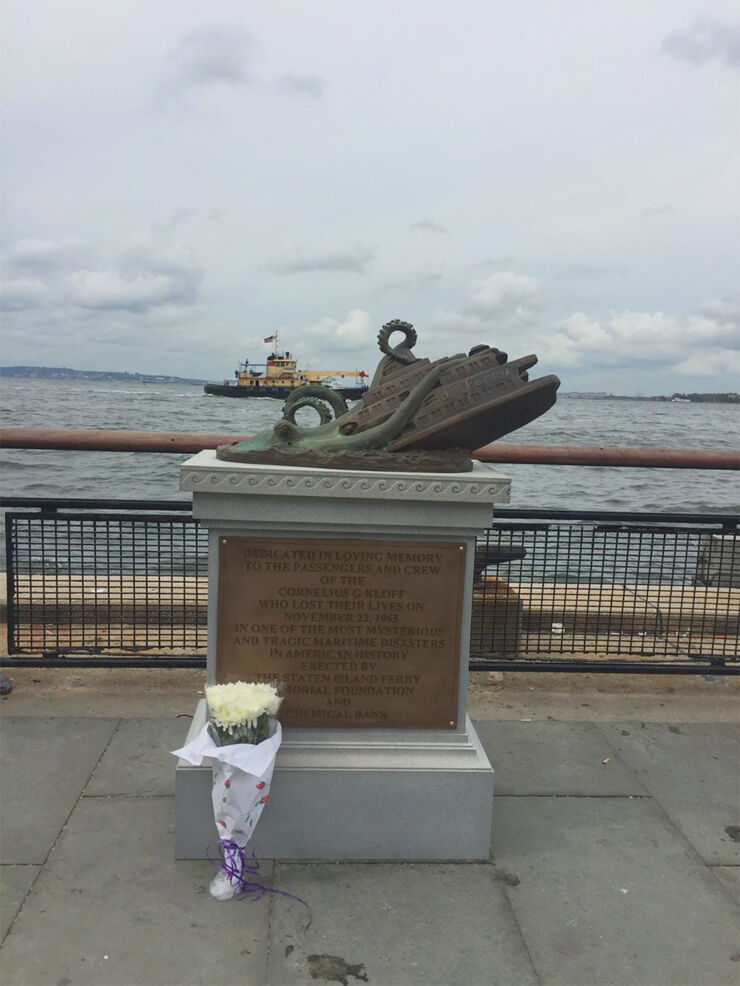 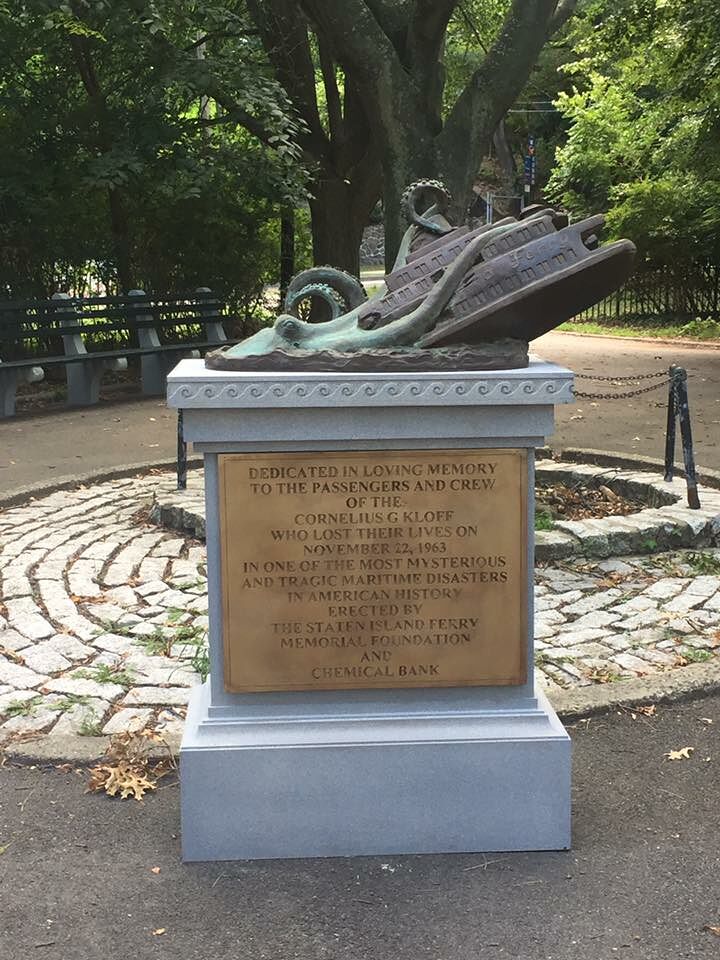