OK boyfriends of the world, you need to up your game. Jack Harries has shown you all up with this birthday present for his girlfriend Ella. After she joked with him on Skype to come visit her while she was out travelling in Australia, he went ahead and did just that.

Keeping it as a surprise he boarded a plane in the UK, flew 10 hours to Hong Kong, waited eight hours for his next flight and then got to Sydney on the day of her 19th birthday. Plus, because he's the greatest boyfriend ever, he filmed the whole thing.

Just look at her reaction when he surprises her. Sheer joy. Which is probably the opposite of most guy's faces when they watch this.

Some background and heartfelt words of inspiration from Jack Harries' Youtube Page:
"So then a new video. I’ll start by saying that posting this video is probably the hardest decision i’ve ever made in terms of sharing content publicly. Parts of my life are very public whilst others remain private. My relationship with Ella lives in the private part of my life and has done for a little over two years now.

Last christmas Ella went away travelling. She had planned to go for six months. This would be the longest we’ve ever been apart. 3 months in and on the run up to Ella’s birthday we were struggling. Copious amounts of Skype calls, texts and handwritten letters later we were finding the distance hard. During a Skype call Ella jokily challenged me to travel out to Australia and see her. I had a little money saved and some spare time so I decided to do it and arrive in time for her birthday.

I filmed my journey as a way of showing her the process and sharing the story with friends and family. I had absolutely no intention of sharing it publicly. My fear of sharing experiences like this is that it would in some way commercialize our relationship. The emotions and actions in this film are deeply personal ones and I would hate to think that by capturing and sharing that it would somehow devalue those feelings.

When I cut the film together I showed it to a few close friends and to my surprise more often then not it made them cry. I didn’t imagine it would have this impact however the filmmaker inside of me found it very satisfying. This video is and will remain very personal to me and for that reason it feels strange to share it with such a large amount of people.

It took me six months to make the decision and i’m still not sure whether it was a good one or not… Importantly Ella feels very comfortable with it which was my main concern. Beyond that if other people watching the video feel a similar emotion to the one I felt whilst making it and to the one my friends felt whilst watching it then i’m a happy man." 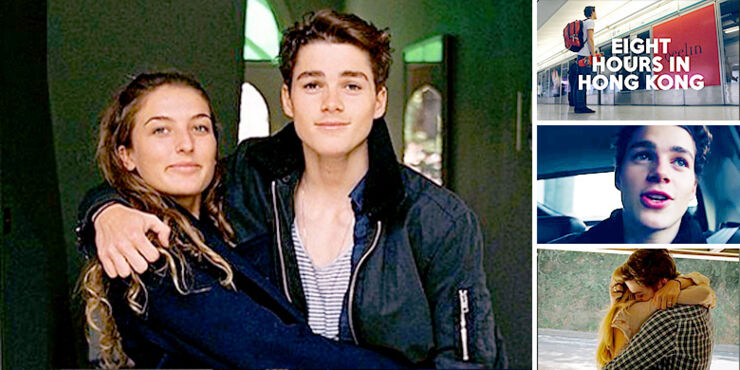